A New Immunotherapy Paradigm: It's Not Just For Cancer Anymore 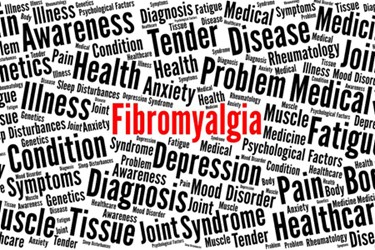 Getting a new drug approved by the FDA and then convincing physicians to prescribe it is always a challenge. When healthcare providers believe a patient’s condition is not really a disease, rather something that is psychosomatic, a patient’s head, the challenge becomes more difficult.

Dr. Bruce Gillis, CEO of EpicGenetics, faces that challenge every day. Gillis and his company are working to find a treatment for patients with fibromyalgia, a condition that many physicians are not convinced is a real disease.

“There are over 30 million people with the disease in the U.S. alone, but there are still doctors who believe this is a bogus affliction of neurotic, hysterical, and hypochondriacal women,” says Gillis. “They believe it only happens in women and that patients must develop the illness because they have some deep-seated psychological disturbance or inferiority complex. I believe that is far from reality, and several years ago I was asked by a major insurance carrier to see if fibromyalgia was indeed a real medical problem.” 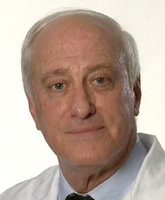 Gillis was referred to 17 individuals who had filed disability claims. He evaluated all 17 and was shocked by the fact that these were dissimilar people who all seemed to be suffering from parallel symptoms. Fibromyalgia peaked his intellectual curiosity and he had been maintaining research programs on the disease at the University of Illinois College Of Medicine, where he was a faculty member.

To start the research, Gillis and his team investigated the patients to find commonalities. He wanted to understand why these individuals had the same symptoms. He felt the most likely pathway might be an immune system process.

“We decided to draw blood from these patients and analyze 35 different immune system factors,” says Gillis. “We compared the results from those 17 affected individuals to 17 matched control subjects. We were absolutely astounded with the results. There was a huge disparity between the immune system markers for the 17 patients and those of the control group. The disparity was so clear, we almost did not have to perform a biostatistical analysis to see the difference.”

Move Forward With A Trial

Based on the results of the analysis, Gillis approached the head of the Department of Pathology at Illinois and together they decided to perform a full-blown study. The results were published in 2012 and won the award for Outstanding Research in Clinical and Diagnostic Immunology from the American Association for Clinical Chemistry.

“It really should be called the immune dysfunction disorder or the immune deficiency disorder,” notes Gillis. “We now have four biomarkers which we rely on to detect the disease. When we first published our results, we identified a test sensitivity of 93 percent and a specificity of 89.4 percent. Since then, we have identified factors that can impact the test results (biotin, steroids, and the expectorant Guiafenesin, among others) and have eliminated them from the equation. This improved our test sensitivity to approximately 99 percent and placed the test specificity in the 90s. This unequivocally proves that fibromyalgia is a real disease and broadens the subject of immunotherapy.”

Immunotherapy has been a major factor in cancer chemotherapy. Today, when patients are administered chemotherapeutic agents, they are often also provided with immunotherapy to boost the body's immune system. Gillis states he has not seen a similar effort to use immunotherapy in non-cancer diseases. He believes this is a great opportunity for researchers.

A New Opportunity For Patients

Although he now had valuable insights into fibromyalgia, Gillis still had to figure out how to overcome the disease. Putting a patient’s immune system into overdrive could cause more problems than it is trying to solve. Gillis then learned about a researcher at Massachusetts General Hospital (MGH) who was using a bacillus Calmett-Guerin (BCG) vaccine to treat another autoimmune disease – type 1 diabetes, as well as multiple sclerosis, an immunologic illness. BCG has been around for more than 100 years and is given to millions of newborn children in Africa and other third-world countries for the prevention of tuberculosis.

“At that point, I felt it would be more efficient and economical if I simply went to this researcher at MGH to see if she would be willing to perform a clinical trial on patients with fibromyalgia,” says Gillis. “She was receptive to the idea and made the application to the FDA. The FDA was also accommodating, and the clinical trial will now commence.”

The form of BCG being used in the trial is known as the Tokyo species. It is produced in just one laboratory in the world, which is in Tokyo and owned by the government of Japan. MGH owns almost the entire worldwide rights for the Tokyo species when it comes to this application.

Address Symptoms With No Side Effects

Gillis notes there are 12 critical symptoms found in patients with fibromyalgia. Achiness and fatigue are the two most common. Patients also report brain fog, or difficulty thinking clearly. Other symptoms include headaches, an inability to sleep, and pain, tingling, or numbness in extremities. There is also depression and the loss of sex drive.

The FDA approved clinical treatment trial will analyze patients regarding how BCG affects their immune system and their symptoms.

Although the treatment is using a vaccine medication, Gillis notes it is unlike most vaccines. It is injected into the patient’s skin but does not penetrate the muscle. The chief potential side effect is irritation of the skin, which clears in weeks or months. According to Gillis, the BCG retrains a patient’s immune system so that healthy peripheral blood mononuclear immune system cells are produced. It is expected to reverse the disease in patients and is administered in two injections given 12 months apart.

With this trial, EpicGenetics is not requesting a new drug approval from the FDA. It is simply asking for a new indication. Gillis hopes to receive a decision in short order – preferably 6 months but no more than 12 months. Blood mononuclear cells only live from one to seven days. Therefore, in patients being treated, the immune system abnormalities should disappear in 60 days to 180 days. For that reason, Gillis expects to see promising data very quickly. No significant side effects are expected, and a quick FDA approval is anticipated.

Gillis hopes a Big Pharma company will take note of this trial and decide to get involved and/or expand the application of the treatment. One of the challenges Gillis faces right now is shipment of the blood specimens. Currently, the blood taken from patients must be received at the EpicGenetics lab in Los Angeles within 24 to 30 hours. That limits the participation of patients who are overseas, since FedEx and UPS are unable to deliver the specimens that quickly from overseas locations. A Big Pharma partner could help the company expand its laboratory facilities outside the U.S.

“We are in the process of expanding our lab facilities and have just acquired a building,” says Gillis. “Upon completion of the expansion, we will have the ability to process thousands of tests a day. Still, we do not want to neglect patients from other countries. We get requests for the treatment from overseas patients daily.”

More than anything else, the trial will provide peace of mind to the millions who are suffering from a disease that some believe does not exist. Fibromyalgia patients look healthy but can be quite ill. Gillis points out that when he first began offering the blood test, patients would tell him they were sick but had difficulty getting others to believe them. They stated they were getting the test for their spouse, parents, employer, physician, and others who did not believe them. They welcomed the opportunity to prove to others that fibromyalgia is real. And they welcomed the opportunity to be cured of the disease as well.

“I believe we have an accurate and objective way to confirm this diagnosis,” adds Gillis. “And once we confirm the diagnosis, there is a pathway which we believe will be effective in reversing fibromyalgia. This treatment will offer real hope for patients to get better and stay better for the rest of their lives.”

If you would like more information on this trial, how to join it, or receive email updates, please visit www.fmtest.com.