A Quick Transition From Research Firm To Clinical-Phase Biotech 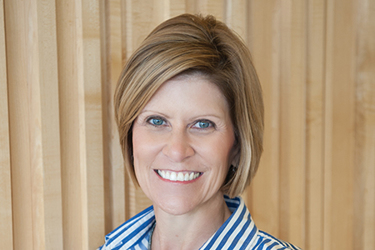 To say the last two years have been a whirlwind for Anne Whitaker would likely be an understatement.

In October 2018, with more than two decades of senior-level leadership experience in the pharma industry, Anne Whitaker joined small biotech Dance Biopharma as its CEO. Nearly a year later she helped spearhead a name change to Aerami Therapeutics and a move of its headquarters to Durham, NC. Oh, and throughout all of that she had to figure out how to transition the company from a research firm to a clinical-phase company. It’s been a complicated and challenging journey.

Aerami is focused on delivering biologics for chronic and rare diseases via a fine mist administered from the company’s smart inhaler. When Whitaker joined the company, it consisted of a small group of scientists, formulation experts, and device engineers. “There was no clinical development or commercial expertise within the company,” she explains. “There were also no financial experts, whose experience is vital to any growing company. So, hiring the right talent to execute the plan I had in place was one of the first things I had to do.”

It started with the addition of Mike Kaseta as CFO. Kaseta had worked with Whitaker in the past and had more than a decade of pharmaceutical industry (some of it in endocrinology) experience in finance positions. Whitaker then hired Timm Crowder, the company’s COO, who is an inhalation expert with GSK heritage. Together, the team began moving programs forward in a company with just 11 employees. But Whitaker knew that sustained growth would require additional help.

Now that Aerami had qualified individuals heading key departments such as finance, clinical development, and CMC (chemistry, manufacturing, and controls), Whitaker and her team turned to consultants to further bolster the expertise in those functional areas. Several ex-GSK employees (GSK is located nearby in Research Triangle Park) were working as consultants, which enabled Whitaker to contract with professionals she knew well. “It’s important that we form a close connection with our consultants and make them feel they are part of our team,” Whitaker says. “We have a rigorous process of project managing our programs, and everyone needs to feel good about their programs and the roles they play.”

Each new consultant spends multiple days with the Aerami team learning the company’s strategy, goals, and what their role will entail. Consultants are also updated on company progress so they can see the results of their work. “Every employee needs to know they are contributing to the success of the company, and that includes our contract employees,” says Whitaker. “Everyone needs to feel they are a part of the team. The people we rely on, be it internal or external workers, are more likely to leave the company if they do not feel they are a part of the team and contributing to our success.”

Many of Aerami’s consultants work remotely, although Whitaker does occasionally have in-person meetings with them at the corporate office. Most meetings, however, are done via webcast and help keep communication lines open.

NOT ALL RFPS ARE CREATED EQUAL

While consultants play a key role in the company’s development efforts, the virtual model Aerami has in place makes CROs a key part of the growth strategy. “I never wanted a large clinical staff,” Whitaker says. “Our strategic plan has us relying heavily on the CRO partner we select.”

In late 2019 the search began for a CRO that would assist with a Phase 3 trial for Aerami’s insulin product. The plan included this partner handling key aspects of the trial, including the selection of countries and clinical sites.

After issuing an RFP, each proposal was reviewed in detail. Fortunately, one member of the Aerami team had worked in the finance and contracting department of a CRO, so that person was instrumental in the selection process. “The insights from that individual enabled us to do a side-by-side comparison of all the proposals we’d received,” says Whitaker. “As a small company, you need to fully understand what is and isn’t included in a CRO’s bid.”

To do so, she says to first consider the experience of the CRO. For instance, an experienced CRO may better anticipate a customer’s needs than one that has never conducted a successful trial in, say, a certain region or indication. That more experienced CRO likely will provide a bid based on your specs but also will propose other solutions and options that will lead to a more preferable outcome for the trial.

“Smaller CROs may not include the cost of monitoring the sites, integrating the data, or a host of other activities,” says Whitaker. “When they omit those costs, their bids look a lot cheaper. By the time you get quotes for those activities from other service providers, the cost differential disappears. If a small biotech builds its cash flow needs on those kinds of assessments, it will run into substantial problems later. That’s why we were really lucky to have someone on our team who understood the contracting language.” 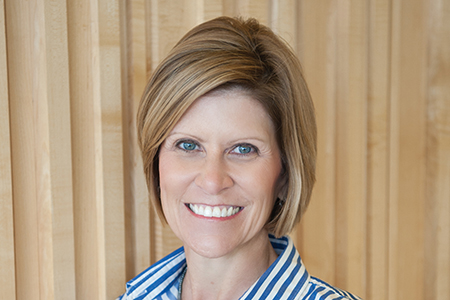 "It's important that we form a close connection with our consultants and make them feel they are part of our team."

To ensure she is performing an apples-to-apples comparison, Whitaker uses a proposal grid based on her experience, and has each CRO map their costs to the grid. If there are services that do not fit in a certain activity, they are spread into services that make the most sense or are placed in a new line item.

“There are a couple of best practices I recommend,” states Whitaker. “First, always make sure the scope of activities is aligned amongst comparators. Second, always compare the time allocated to activities before comparing price. And finally, never choose a provider purely based on cost.”

AN ITERATIVE APPROACH TO CRO SELECTION

Each of the CROs that made the first cut was asked to come to Aerami to pitch Whitaker and her team. This in-person interaction was important to Whitaker not only to make sure the CRO understood Aerami’s goals and strategies, but to ensure there would be a good fit with her team. The list was then narrowed down again to a small handful, and a team from Aerami visited each of the remaining CROs.

In making the final decision, Whitaker went through an iterative procedure. First, she made sure the CRO had inhalation experience, as inhalation trials can be unique. Second, the CRO needed to have experience in diabetes, rare diseases, and pulmonary disease. After that it all came down to relationships and having access to the right people. “The CRO can’t just look at the requirements of one trial; they need to see your ‘big picture.’ For us, they needed to understand where we were currently and where we planned to go in the future as we build out a number of our products.”

She insists that this level of open communication must start from the very first meeting with any potential outsourcing partner. Her advice is to share all your expectations right up front, and at the same time, discuss how problems will be resolved when — not if — they do arise.

After completing the entire review process, Aerami chose IQVIA as its CRO partner. “We chose to work with this company because of the unique capabilities it has in commercial analytics, the data it possessed that would assist with site selection, and its capability to execute on our therapeutic areas.”

The selection of the CRO is a significant milestone in what has, indeed, been a whirlwind ride for Whitaker as CEO. But of course, there’s a lot more to come. Two other products are moving into Phase 1 studies and another is ready to advance into a toxicology study. The company is also working on building a platform of inhaled products in the endocrinology and respiratory space.

Editor’s Note: We last interviewed Anne Whitaker in our September 2012 issue when she was president of Sanofi’s North America pharmaceuticals business.