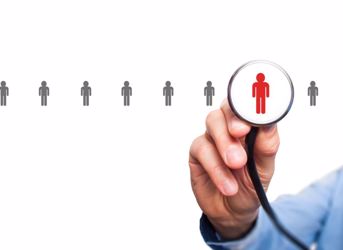 For patients suffering with Prader-Willi Syndrome (PWS), every day is a struggle. PWS is a rare genetic disorder often diagnosed shortly after birth and is confirmed through a genetic test. Infants typically have difficulty feeding and weak muscle tone; as children with PWS grow older, they are likely to develop an insatiable appetite (known as hyperphagia) that often results in obesity and early mortality, with the average age of death around the age of 30. Many of the deaths are caused by accidents and poisonings triggered by hyperphagia.

“The genetic defect is on chromosome fifteen and it actually covers a fairly broad region of it,” says Julia Owens, founder and CEO of Millendo Therapeutics, a company exploring a potential therapy for hyperphagia in PWS. “This is a condition that is not readily amenable to gene therapy or gene replacement approaches because several dozen genes are usually impacted. It happens in about one in 15,000 births, and there are roughly 10,000 PWS patients in the U.S. Sadly, these patients are dying early in part because currently there are no effective treatments to address hyperphagia.”

Hyperphagia typically begins between the ages of five and eight and is often a lifelong challenge. One physician recently compared this drive to eat with withdrawal from an addictive drug. According to Owens, in speaking and working with caregivers, families and PWS patient advocacy organizations, what these patients experience is not just hunger. They literally feel as if they are going to die if they do not get something to eat. It consumes every waking moment of their lives.

Today, the standard approach to managing PWS patients with hyperphagia is to put strict environmental controls in place. That includes locked refrigerators and cabinets, the removal of trash cans, locked bedroom doors at night, and 24/7 supervision. Those controls might help manage accessibility to food, but they do not address the insatiable appetite.

“These patients are also on very restricted and regimented diets where they get the same meal for breakfast, snack, lunch, and dinner every single day,” states Owens. “They receive their meals at the exact same time every day so they do not obsess or feel anxiety about when they will be fed. Because of their lower metabolism, they will also receive fewer calories than someone without the disorder.”

With proper controls in place, some PWS patients can successfully avoid obesity. In fact, Owens notes that a quarter to a third of all PWS patients are not obese. Still, the rigid controls are difficult to maintain, and many patients who live into adulthood still end up institutionalized or living in group homes because the constant supervision can create stressful situations for families.

Past Trials Fail To Produce A Treatment

One of the first companies to try to address hyperphagia was Zafgen. Its investigational drug, ZGN-1258, was a MetAP2 inhibitor which progressed as far as Phase 3 studies. MetAP2 is a factor that plays a critical role in metabolic disorders. ZGN-1258 displayed some very dramatic results in improving the hyperphagia in PWS patients.

Unfortunately, in the Zafgen study, thromboembolic events and fatal blood clots arose, and testing was put on clinical hold. That treatment is no longer being developed. However, the hyperphagia questionnaire remains an important clinical tool and is accepted by the FDA as an appropriate primary endpoint. It is still being used in clinical trials.

Since Zafgen’s Phase 3 study, new compounds with different mechanisms are now being studied.

Millendo Therapeutics has a pipeline of products addressing endocrine diseases. The company’s lead candidate, livoletide (AZP-531), is a once-a-day subcutaneous injection for the potential treatment of hyperphagia in PWS. Phase 2a studies of livoletide suggest the compound has meaningful effects in improving hyperphagia. In late 2019, the company completed enrollment for the Phase 2b portion of its pivotal Phase 2b/3 trial of livoletide in PWS. Topline results for the Phase 2b portion are expected early in the second quarter of 2020. The trial, known as ZEPHYR, enrolled over 150 patients at 38 sites worldwide, and is a double-blind, randomized, placebo-controlled study.

Recruitment for the Phase 2b portion of ZEPHYR was nothing short of a success story. Millendo began recruiting patients for that study well after its main competitors yet was the first to meet its enrollment target.

“We are very proud of that achievement,” says Owens. “We were able to complete recruitment for that pivotal, rare disease study in just eight months. That is unprecedented in this therapeutic area. There are two other companies running pivotal studies in the same indication right now. We started recruiting four months and ten months after each of them, respectively. A month after we wrapped up recruitment, both were still trying to reach their recruitment goals.”

Owens attributes Millendo’s success to three factors. The first is operational excellence. The Millendo team has always been good at executing, and Owens notes that ability was key to the company’s investors and board members allowing it to pivot twice when disappointing results surfaced in the past. Owens believes that ability to execute is something that can’t be taken for granted in drug development.

“As soon as we were ready to recruit, our team visited a large number of clinical sites,” she says. “We did so because we knew that recruitment would be a challenge. We appropriately targeted 38 sites in the U.S., Australia, and Europe. We were able to open all of them, which provided us with broad access to the patient population we required.”

Owens describes Millendo’s relationship with sites as a partnership. The two sides collaborated on ways to facilitate investigator participation in the trial. Once the investigators were on board, that made it easier to recruit their patients. Getting PWS patients to participate in a trial is difficult due to travel disrupting daily routines. The collaboration allowed for Millendo and the sites to work together toward minimizing that burden on patients and caregivers.

Second, Millendo was able to build upon on its compelling Phase 2a data. Owens notes there are few studies underway for PWS patients. Millendo’s Phase 2a study demonstrated both early safety and efficacy, which made the company’s research attractive to physicians, patients, and care givers. Those groups want to participate in trials with the greatest probability of success, and Millendo’s early clinical data helped with that challenge.

Finally, Millendo’s ZEPHYR trial incorporated broad inclusion criteria. The age of trial participants could range initially from ages 8 to 65, and the patients could be lean or obese, up to BMI of 65. They could have Type 2 diabetes, provided the condition was under control and patients were not actively changing their medications. Participants could also be on growth hormones, which is common for many patients with PWS. An amendment to the study protocol was made to include children from ages 4 to 7, and that portion is still enrolling.

“Recruitment success really relies on being able to access a broad patient population,” adds Owens. “That point was very important to us, because the FDA is increasingly requesting that trials include patients that are truly representative of the disease population. Our inclusion criteria allowed us to target almost anyone experiencing PWS. This disease impacts only 10,000 patients in the U.S. Therefore, you want to be able to draw from as many of them as possible.”