A Small Biotech Takes On Some Big Clinical Trial Challenges 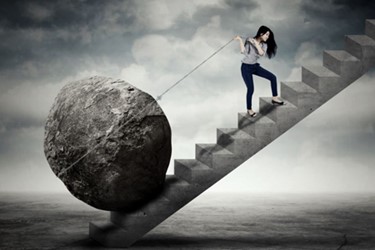 Evofem Biosciences is on the cusp of releasing a revolutionary birth control product. But before the FDA gives its approval, this small biopharma has to navigate two very different clinical trials.

Evofem Biosciences’ Amphora is being positioned as the first and only woman-controlled “only when she needs it” birth control product with no hormones and no systemic side effects. “We believe it could be the first birth control product approved by the FDA that also would work to prevent recurrent chlamydia,” explains CEO Saundra Pelletier. Of course, receiving FDA approval for any type of pharmaceutical is daunting, but it could be especially challenging for this type of treatment, known as a Multipurpose Vaginal pH Regulator (MVP-R).

To gain FDA approval for both indications, the company has to successfully execute a Phase 2b trial for use of Amphora in preventing recurrent chlamydia and a Phase 3 trial to evaluate the use of Amphora as a birth control. The Phase 3 trial is fully enrolled with approximately 1,400 patients at 112 sites, while the Phase 2b trial aims to recruit almost 850 participants. That’s a lot of planning and coordinating for any company, much less one with only 30 employees like Evofem. Add in the fact that Pelletier and her staff opted to work with two very different CROs instead of one that would handle both trials, and you can imagine the management challenges associated with this experience.

PAREXEL is the CRO chosen for the company’s Phase 3 AMPOWER study (AMP002), while Clinical RM (now ICON Government and Public Health Solutions [GPHS]) was selected to conduct the chlamydia study, also known as AMPREVENCE. “Clinical RM had experience in trials dealing with sexually transmitted diseases,” Pelletier explains. “We engaged them on the smaller of the two studies, and they are a partner we felt could provide us the attention we desired. PAREXEL, on the other hand, has a long history of conducting birth control trials for companies both small and large. They could provide everything from patient recruitment to medical writing to data analysis, and they could produce marketing messages for use on social media. Smaller CROs might have to outsource some of those functions to another firm, which means there would be other groups for us to manage. That’s fine if you have the capacity to do it, but it can be difficult for small companies with limited resources.”

Pelletier believes that when your entire future is riding on a trial, it does not make sense to completely turn it over to a CRO partner. That’s why she instituted a best practice she refers to as “Inspect what you expect.” In her opinion, it was important to have Evofem’s own people on the ground monitoring the trial. But that was difficult considering how small Evofem was and how many sites and patients these trials included. Thus, Pelletier opted to hire her own clinical research managers.

Evofem uses a rotation model with its CRO. If the CRO visits the site at the end of week one, Evofem’s lead clinical research associate or clinical research managers will be there at the end of week two. That rotation continues for the duration of the trial. “We have seven staff members performing these rotations, and all of them are highly skilled individuals who have performed the function before at other companies. They handle problems, look into how the trials can be faster and more efficient, provide anything the sites require, and listen to the feedback of site personnel.” Although an expensive endeavor, she says it has been a huge component of the company’s success thus far.

Similarly, she strongly believes in the value of taking time for investigator meetings. When Evofem conducted its meeting for the birth control trial, it invited the investigators, study coordinators, and nurse practitioners from all 112 sites. The agenda for the two days of training included carefully walking through the entire protocol, including inclusion and exclusion criteria. Since new employees often join sites, on-site training is available and performed by the CRO.

Evofem has good reason to be meticulous in making sure every facet of the trial is properly adhered to. A previous birth control study on Amphora involved 3,400 women (the largest study of its kind), but did not result in an FDA approval. Twenty percent of the patients were from outside the U.S. Unfortunately, the FDA noted the foreign data was not generalizable to the U.S. population and required it to be removed. With that data taken out of the study, Amphora still met its endpoint, but an additional study was still deemed necessary by the FDA because of the post hoc adjustments. Pelletier is determined to get it right this time. 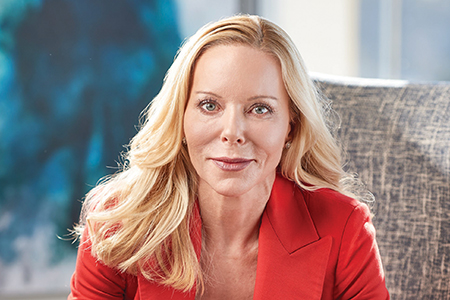 “We are not treating patients with a life-threatening disease, so these women could decide to drop out of the trial at any time.”

Evofem’s clinical monitors ensure trial participants are completing their eDiaries, showing up for scheduled visits, and following the study protocol. The product can be used up to an hour before sex, so information included in the eDiaries includes details such as when participants used the product and when they had intercourse. Failure to complete any assigned tasks will result in a follow-up call.

“This topic of participant retention is the number one issue that keeps me awake at night,” says Pelletier. “We are not treating patients with a life-threatening disease, so these women could decide to drop out of the trial at any time. When it comes to contraception, women have many options available to them.”

Some of those women use condoms, but many of them are not using anything at all. To them, the perceived risk of putting hormones into their body is greater than the risk of having an unplanned pregnancy. That’s where Evofem has an advantage. Amphora does not contain hormones and has no known side effects such as headaches, weight gain, bloating, or moodiness. Pelletier believes this will help with the retention issue.

Recruiting patients for a recurrent chlamydia prevention study also can be a challenge. Women often feel that there is a stigma around having an STI (sexually transmitted infection) and are reluctant to discuss, much less enroll in a clinical trial. To participate in that trial, participants need to be clear of chlamydia but must have had an infection in the prior four months.

“Once you get chlamydia, the chances of reoccurrence are about 30 percent,” notes Pelletier. “Generally, the reason for reoccurrence is that the woman received an antibiotic to kill the infection, but her partner did not.” In some cases, women experience a continuous cycle of re-infection. Because of that situation, and the current unmet need for a prevention treatment, Evofem was able to recruit the patients it needed for the study. Many subjects were recruited at the same sites as the birth control study.

“We have a small but highly skilled team that is emotionally invested in making sure Amphora makes it to market,” Pelletier says. “More than 16 million women have decided that they are not going to use a hormone- based contraception product.” Additionally, the CDC recently reported that rates of syphilis, gonorrhea, and chlamydia have climbed for the fourth consecutive year in the United States. “There is a huge unmet need for women, and we are determined to bring an effective product to that population,” Pelletier concludes.

Editor Note: In December 2018 Evofem announced that its Phase 3 clinical trial of Amphora for the prevention of pregnancy successfully met its primary endpoint. In April 2019 the company announced the completion of patient enrollment in AMPREVENCE, the Phase 2b clinical trial evaluating Amphora for the prevention of chlamydia and gonorrhea in women.