A Stem Cell Company Overcomes The Challenges Of International Trials 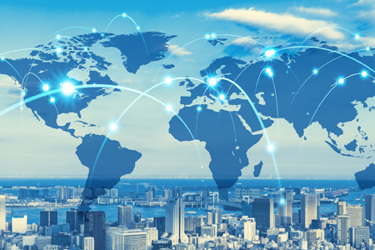 Athersys was started about 25 years ago and is currently developing MultiStem®, a proprietary stem cell product for the treatment of diseases and conditions in the neurological, inflammatory, and immune areas. The company has a clinical trial underway in each of those areas and is conducting studies in the U.S. and internationally.

“Our MultiStem product starts with receiving human stem cells from a qualified donor,” says Jim Joffrion, senior director of clinical development and operations for Athersys. “The cells are derived from the bone marrow of healthy, consenting adults. After isolation, the cells may be expanded on a large scale, unlike other cell types, for future clinical use. They can be stored frozen until needed. Cells obtained from a single donor undergo no genetic manipulation or modification and may be used to produce banks yielding hundreds of thousands to millions of doses of the MultiStem product. The cells can be used as an ‘off-the-shelf’ stem cell therapy that can be administered like type-O blood. Tissue matching is not required due to the nature of the cells.”

Athersys is currently working in collaboration with HEALIOS K.K., a Japan-based company, on the development of MultiStem. HEALIOS K.K. approached Athersys about working together in two indications: ischemic stroke and acute respiratory distress syndrome (ARDS). HEALIOS K.K. has recently completed enrollment in two clinical trials in Japan and is working with regulatory officials to gain approval to market the product there. Athersys is conducting three clinical trials in the U.S. and Europe with plans to bring the product to commercialization in those markets.

Performing global trials presents challenges that drug developers do not face in the U.S. Those challenges need to be considered and addressed in the planning process.

“Each country has its own regulatory process that you have to navigate to get approval to conduct the study,” states Joffrion. “In most cases, you need approval from both the regulator and an ethics committee. Some countries have a central ethics committee which are similar to IRBs we have in the U.S. There are also countries that have an individual ethics committee for each site. Every country is different and has varied requirements, documents, and even instructions for labeling study drugs. A sponsor company must be aware of all of these requirements before beginning any study.”

Labeling is a good example of the unique challenges faced. There needs to be a different label for every country the study will be conducted in, as the label needs to be in the local language of each country. For one product it was testing, Joffrion notes his company had to produce 8 different labels.

Contracting is also different from one country to the next and contracts must be put in place with each site. That job can be made easier with contract templates. For example, the U.K. has one that all sites will accept, provided nothing is changed in the contract. Still, other countries will require separate negotiations with each individual site, which can be tedious and time consuming.

“Companies performing a trial in Germany will need to be familiar with German law as well as what is required by the European Union,” says Joffrion. “You will also need to engage with local council and expertise when producing those contracts. The process can get quite complicated.”

Athersys has approximately 90 employees, which makes performing global trials without a CRO partner almost impossible. The company believes the best solution is working with a global CRO possessing experience in the countries in which the trials will be conducted.

Medpace is the current CRO partner of Athersys, as it has experience working in Europe as well as Taiwan and Australia, with local offices in those countries. CRO selection is an area where Joffrion has a lot of experience and is a task he takes very seriously. There are several steps he believes are critically important in the selection process.

1. Are They the Right Size?

Joffrion believes one of the critical aspects of CRO selection is choosing a partner that is the right size for your company. Working for a small company, it is important for him to have a relationship where he will have their attention and not get lost in the bureaucracy. For that reason, he believes some of the larger CROs are probably not an ideal partner for Athersys.

“I believe the best partner for us is a mid-sized CRO,” he says. “We need a CRO that is capable of conducting a global trial in the countries we will operate in but that doesn’t have 15,000 or 20,000 employees. I need to know we are an important client to them and that they can execute the study on our behalf.”

After size, Joffrion looks next at therapeutic expertise. He would like potential partners to have experience working in stroke and other critical care indications Generally, a thorough search process will be conducted to select the right partner, but exceptions can be made when necessary.

For example, Athersys is currently running an ARDS clinical trial and needed to get that trial up and running very quickly. It knew Medpace had experience in that therapeutic area and opted to simply award the contract to them, forgoing the usual competitive bidding process. “That is one of the benefits of working with a CRO where you have a lot of history and familiarity,” notes Joffrion.

Site selection is also important in any trial and, for Joffrion, this ties back to therapeutic expertise. If a company has performed trials in the past on, say, ischemic stroke, he knows that CRO will have existing relationships with sites having access to those patients. He believes that knowledge and experience can be real differentiators when conducting trials.

3. The Importance of the Bidding Process

Joffrion believes going through a proposal process is generally the best way to locate a suitable partner. Start with five or six candidates that you believe would be a good fit based on size and therapeutic expertise. He recommends focusing on the trial strategy they are suggesting, their capabilities in various countries, and whether they have feet on the ground in the countries where you will be conducting the studies. Budget is another factor that must be considered.

“Once we narrow that list down to two or three candidates, we will schedule the bid defense meeting where we go through their proposals very thoroughly and discuss their execution strategy and the specifics of their budget. That discussion will often result in a rebid to get the numbers more in line with the scope of the actual work that we expect to occur. After awarding the project, a kickoff meeting will again review the scope of the work and ensure the CRO and the assigned study team understand our expectations.”

Athersys is awaiting full data from two critical trials by their partner HEALIOS K.K. in Japan and the other trials are progressing as expected. Sites have been engaged and recruitment is ongoing.

“COVID-19 was a problem for us, as it was for other companies conducting trials,” adds Joffrion. “The population of patients we are looking for is a bit less common than we originally thought, and COVID did slow recruitment for a period of time. It also presented us with difficulties accessing the sites, but that is starting to wane now. We are focusing on recruiting sites that have access to patients that better fit our criteria.”