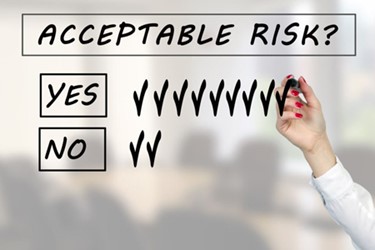 Throughout his career, Bob Homolka has had no shortage of opportunities to learn about risk and the impact it can have on clinical development. Homolka, the Clinical Pharmacology Operations Team Leader at Shire, recently spent time with a development team that examined whether risk could be used to accelerate a drug’s development timelines. However, he is quick to caution that this discussion is not about increasing the medical risk to the patient or increasing a company’s regulatory, ethical, or legal risk. According to Homolka, an increase in risk in any of those areas makes the discussion a non-starter.

We learn about risk from a very young age. If you take a good risk and it pays off, you are rewarded. Bad risks can often result in punishment. This reward system allows children to quickly learn and distinguish good risks from bad ones.

Risk Should Not Lead To Paralysis 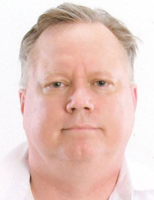 The business world generally manages risk through processes and procedures. Risk in the pharmaceutical industry generally entails going forward with development on the basis of educated guesses when all pertinent information may not be known. “We try to keep the risk of failure to a minimum, but that risk is never zero,” says Homolka. “Unfortunately, I have observed instances where processes and procedures have been used as a crutch to allow teams to feel secure, which actually led to decision making paralysis. Teams often forget that processes and procedures are tools that should enhance productivity and promote business operations.”

For example, Homolka recounts that when he first entered the Clinical Pharmacology environment, it was not uncommon to find teams running the first-in-human Single-Ascending-Dose (SAD) study and Multiple-Ascending-Dose (MAD) study sequentially. With this model, a program could spend several years in Phase 1 before progressing to the next phase of development.

The industry then evolved such that the MAD study could begin as soon as a pre-defined level of exposure has been achieved in the SAD. These two studies could often be run in a pseudo-parallel fashion and be finished in 18 to 24 months. At that time, the Phase II program could then be initiated.

“Currently, with tools such as adaptive designs and further evolution in the area of clinical pharmacology, SAD and MAD studies may be run almost simultaneously,” states Homolka. “After a certain level of exposure, this developmental model would enable a company to make an informed decision about proceeding into the next phase of development. The Phase I program may then continue concurrently until the company has more fully characterized the drug for labeling purposes. In the best-case scenario, this model may reduce the duration from the start of Phase I to the start of Phase 2 to as a little as 12 to 18 months.”

While shortening the time from first-in-humans to market submission is a notable goal for any company, earlier decisions on starting the next phase can pose a business risk to a company. The tools clinical pharmacology brings to drug development are crucial to reduce and manage a program’s overall risk. Some of the tools that clinical pharmacology may use in early development may allow for:

“Everything builds on successful execution and gathering of accurate data, the first time, in the first human study,” adds Homolka. “From a business perspective, success in shortening drug development programs can fill gaps in a company’s pipeline and increase its potential revenue and reinvestment. In addition, there is as great a benefit for the patients we serve. Shortening the development timeline offers our patients the opportunity for a better quality of life by providing earlier access to safe and effective drugs.”

This article reflects the personal views of Mr. Homolka. They should not be construed to represent the official views or policies of Shire.