AI And Machine Learning Help Unravel The Biology Of Alzheimer's 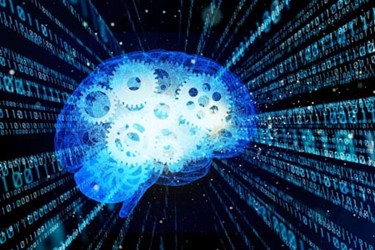 Between 2000 to 2015, medical innovation revolutionized treatments for many diseases, causing decreases in the corresponding death rates. According to the CDC, the death rates from heart disease, cancer, stroke, and HIV have fallen from between 22 percent and 66 percent. Two areas where that was not the case are Alzheimer’s and Parkinson’s. During that same time span, the death rate for those two ailments rose by 84 percent and 48 percent respectively. Alkahest believes it is time to take a new approach to finding a treatment.

Alkahest is a clinical stage company with multiple therapeutic candidates in Phase 2 trials. The company is hoping to develop a treatment for patients with Alzheimer’s but is taking a different path. Alkahest is looking at the plasma proteome and, specifically, how it changes with age.

“Aging is a complex biological interaction of multiple drivers,” says Elizabeth Jeffords, chief commercial and strategy officer for Alkahest. “We know that plasma, which contains proteins, is the master communicator. It has a broad impact throughout the body, facilitates signaling between systems and organs, and changes as we age. That is where we opted to start our research.”

The process starts with taking blood from a patient. Cells are separated out leaving just the plasma component. The plasma contains the 10,000 to 20,000 proteins Alkahest is interested in. The company has found there are several proteins, known as chronokines, that have biological impact and whose levels change as we age. There are detrimental chronokines that increase as we age, and beneficial chronokines that decrease as we age. Alkahest is attempting to inhibit the detrimental proteins while augmenting the beneficial ones.

The science Alkahest is pursuing started off with experiments in mice. Scientists found that when you put plasma from a young mouse into an older mouse, it caused an improvement in cognitive function.

“We now know that young plasma not only improved memory and other mechanisms in the brain, it also beneficially impacted multiple organs in the body,” says Steven Braithwaite, chief scientific officer for Alkahest. “There was a broad, anti-aging effect from components of the plasma. We are now taking a fraction of plasma that could have a pro-cognitive function and moving it forward into a clinical trial. We just released top-line results which show the treatment is safe and tolerated by patients and have a beneficial effect on cognitive functions.”

The longer-term goal is to better understand how these plasma fractions work. Alkahest hopes to better understand, at the molecular level, what is driving the beneficial and negative effects of the chronokines. In the preclinical work it has performed, the company conducted deep proteomic analysis by looking at approximately 8,000 proteins. The hope is to identify those that change with age, and those that are potential drivers of function and dysfunction.

This analysis brings with it a big data problem. When you are looking at thousands of proteins, how do you narrow down and prioritize which are the key proteins?

This data problem led Alkahest into the arena of machine learning. With the amount of data being examined, it is not possible for humans to decipher the information. Machine learning allows all of the diverse data sets to be examined together. Doing so will help researchers take plasma from patients and understand how therapeutics work at the molecular level.

According to Braithwaite, the amount of man hours it would take to analyze the data is huge in its own right. But the analysis is also multidimensional. There is proteomic data, genomic data, clinical data, other medications patients are on, and lifestyle factors. It is not possible for a single person to work through the large amounts of data. This is a situation custom made for machine learning.

“We have some ideas from our preclinical work that we are taking into the clinic,” adds Jeffords. “We have to look at all the proteomics that we know, or think we know, and see if there was some impact on clinical outcomes. You can imagine our statisticians sitting there with thousands of proteins, but also hundreds of clinical and demographic factors, and then looking for those correlations by hand. It’s not possible. It would be like looking for a needle in a haystack.”

Currently an internal informatics group at Alkahest is performing the analytical work. Once the data is gathered, the informatics group can take that data, combine it with other pieces of data, and run the machine learning algorithms. Alkahest employs approximately 80 individuals, and Jeffords notes about half are in research. A good segment of those are in the proteomic informatics group.

Still, the company also relies on professionals in the field to help with their decision-making. Alkahest has worked with a number of big-name, IT companies as well as some small players. The company has open discussions with academics in this field as well. Jeffords notes there are many perspectives on how to conduct the research, and the company can learn from other fields of study.

Alkahest currently has three therapeutic targets. There are two plasma fractions (GRF6019 and GRF6021) where Alkahest is partnered with Grifols, a plasma therapeutics company. Those treatments are targeting Alzheimer’s, Parkinson’s, and post-surgical recovery, and are attempting to increase the beneficial factors that seem to decrease with age. The third is AKST4290, a small molecule treatment targeting macular degeneration as well as neurology and inflammatory indications. AKST4290 is attempting to inhibit the signaling of detrimental chronokines. All three are currently in Phase 2 trials. A fourth therapeutic will be entering clinical trials in 2020.

The path being followed by Alkahest is certainly different from other approaches tried in the past. Jeffords states the 99.6 percent of Alzheimer’s trials have failed over the last 15 years and most have pursued one target. She believes there is a lesson to be learned from oncology trials, which is that targeting one thing will not be enough to slow the course of the disease.

“The lesson to be learned is we need to tackle multiple causes and multiple modalities that can, together, be contributing to the decline in those patients,” says Jeffords. “We believe there are multiple causes of the aging and cognitive decline. In a recent study we actually saw a flattening of cognitive decline over a six-month trial in patients who would be expected to decline. We now want to see how that looks over a longer time period versus a control group, but we're excited by the preliminary data.”

“We are approaching these diseases from a very different angle,” adds Braithwaite. “With Alzheimer’s, we know age is the major risk factor. Patients get the disease because it's in their genetic background, but they are also impacted by aging and other factors. We are targeting the fundamental aging biology, which is very complex. We have to unravel the biology to figure out how to manipulate the changes in the body as we age. We need to think about complex disorders in a complex way. It's a very different approach, but it makes a lot of sense.”