Alzheimer's Disease Trials: Where Do We Go From Here? 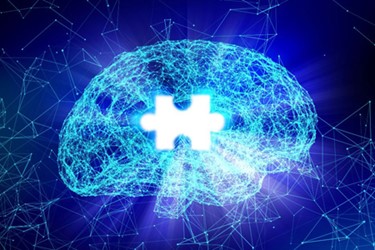 The Alzheimer’s disease space is not an easy one for pharma companies to navigate. In 2018 alone, Lundbeck, Takeda, Merck, Janssen, AstraZeneca, and Eli Lilly and Company all faced setbacks or poor trial results. In March 2019, we learned that Biogen and Eisai also terminated late-phase studies. Fortune magazine notes few spaces in the life sciences have fathered failure to the extent that experimental Alzheimer’s drugs have.

The Global Alzheimer’s Platform Foundation (GAP) is one group that is working to accelerate a cure for Alzheimer’s. GAP-Net is a group of more than 70 prominent sites working with GAP to speed and improve Alzheimer’s trials. GAP conducted more than 200 annual in-person visits to support and advise clinical sites in 2018 and will make even more visits this year.  Since 2016, GAP has made more than 120 grants to help improve trials seeking to develop cures for the deadly disease.

“The Alzheimer’s field has certainly had a large number of negative results in the last 12 to 18 months,” says John Dwyer, president of GAP. “That's a fact that really invites introspection in the field about the science and the approach. This is particularly true in terms of recruitment strategies for the trials that continue to move forward.”

If pharma companies are to truly be patient-centric organizations, Dwyer believes they must learn from setbacks and adjust their approach. This is essential to moving the science forward.

Many of the negative trial results for Alzheimer’s have been in studies seeking to eliminate amyloid beta plaques. Still, this is an area with a lot of potential and Dwyer is not discouraged by current studies. He notes the beta amyloid studies currently moving forward reflect learnings from earlier studies that had negative results.

“GAP does not pick winners and losers,” says Dwyer. “We are science agnostic. Our job is to support all research so that more studies can get done in less time. One of these studies will someday result in a new therapy, and we can’t ignore any trials that are close to completion. The results will speak for themselves.”

Scientists are now targeting specific forms of amyloid beta. Although many of the negative studies involving it are now in the rearview window of pharma, Dwyer believes current trials are showing more promise. Researchers are now testing molecules that will attach to amyloid beta plaque when it is in its toxic form.

“I believe we have to finish the ongoing amyloid beta studies,” states Dwyer. “Too much time, money, and effort has been put into them. Billions of dollars have been invested. Finishing those trials could result in a breakthrough or simply confirm the validity of the earlier trials.”

Dwyer is also excited about current trials targeting other mechanisms of action, particularly those involving the Tau protein. Trials targeting Tau have been promising, particularly those with TAIs (tau aggregation inhibitors). Although a recent trial was unsuccessful, a subset of patients improved while on the drug. Dwyer notes there are also anti-inflammatory studies that look interesting.

“There are several classes of drugs which are just now getting into studies,” says Dwyer. “They appear promising and we simply need to perform more research to figure out what's most likely to work. There are roughly 137 Phase 2 and Phase 3 trials ongoing. GAP’s goal is to complete them as quickly as possible and at a lower cost.”

Determining what should be targeted in an Alzheimer’s trial is a challenge for researchers. Finding and screening the right patients is another. When Dwyer’s father passed away from Alzheimer’s, an autopsy was the only way to get a true diagnosis of the disease. At that time the diagnosis was clearly of no benefit to the patient.

There is no blood, saliva, or urine test to identify the presence of Alzheimer’s. However, an amyloid PET (Positron Emission Tomography) scan can accurately detect amyloid plaques, an indication of Alzheimer’s in patients. The PET image will show the accumulation of plaque. While great news, Dwyer notes this is also a very expensive biomarker.

The 137 Phase 2 and Phase 3 Alzheimer’s trials currently underway will require 25,000 patients per year over the next several years. In order to identify those 25,000 patients, between 250,000 and 500,000 individuals will need to be screened. Unfortunately, the only way to identify an accumulation of plaque in these patients is via the PET scan, which can cost between $4,000 and $6,000.

“To recruit 100 patients for a Phase 3 trial, you will test about a thousand patients, most of whom will be screened out after taking a PET scan,” says Dwyer. “At $5,000 per scan, that’s $5 million invested to get 100 randomized participants. Those costs add up quickly.”

Studies need more and more people with the very early indicators of Alzheimer’s. However, there are preexisting conditions that will eliminate potential patients from an Alzheimer’s trial, and further narrow the patient population.  Additional screening, such as cognitive exams, are also conducted. Depending on the trial design, some sponsors could prescribe two, three, or four cognitive exams to get an amalgamation of cognitive level. This will give them confidence a patient has the pathology. For physicians and patients, the tests are a lot of work and take a lot of time. They also result in a lot of screening failures.

The specific criteria for each study can make it difficult to get Alzheimer’s patients into trials. But Dwyer notes the real difficulty is the same as for any other disease: Awareness. Most patients and caregivers do not know these trials exist. Patients rely on getting medical advice from their physicians, and most physicians do not refer patients to clinical trials. Some primary care physicians don’t even diagnose Alzheimer’s even when they are aware of it. To battle that challenge, GAP focuses on raising awareness in sites across North America.

“Our first job is to increase community awareness,” says Dwyer. “Our second job is helping practicing physicians understand the positive and potentially beneficial outcomes that can result from clinical trials. We also help them understand how they can make clinical trials a beneficial part of their practice. We also want them to know there are other sites that can provide patients with more information and tests to determine if they have Alzheimer’s.”

Physicians often worry about losing patients. Where I live in northwest PA, the two largest health systems are UPMC (a member of the GAP network) and Allegheny Health Network (AHN). Dwyer is aware of a talented Alzheimer’s researcher and principal investigator, Dr. Oscar Lopez, who is part of the UPMC system. Although there are Alzheimer’s patients who are part of AHN, physicians from one health network generally do not refer patients to a competing network. Dwyer believes in speaking to physicians about the importance of telling their patients about clinical research opportunities.

“That is a tough story to tell, but you have to spend the time telling it and do it all the time,” says Dwyer. “We bend over backwards to assure these doctors that their patients will be returned to them. The purpose of researchers is not providing patient care. They are not there to take anyone’s patient. They want to partner with physicians to provide the clinical research their patients might benefit from.”

Most doctors have their heart in the right place, but they also must pay the bills. They have built a practice and have every right to want to protect that practice. Therefore, the right approach will be one that convinces them a clinical trial is right for their patient and will not be a negative for them.

Be There For Patients

“We can digitally connect with patients all day long,” says Dwyer. “The real challenge is moving from digital meetings to physical meetings. Technology is advancing, but we are not yet able to screen patients over the Internet. Physically going into the communities where patients and caregivers live works best for us. I believe you can’t just show up in communities when you need patients. You also must be there when they need you. We want to be there when patients are ready to learn, not just when we are ready to teach. There’s a big difference.”

Additionally, health care providers will soon have a financial incentive to identify and treat people with dementia, which often is caused by Alzheimer’s. The Centers for Medicare and Medicaid Services’ 2020 funding formulas will incentivize Medicare Advantage Organizations to diagnose dementia earlier.  Two new Medicare Advantage risk categories, for dementia with and without complications, will allow for payments of between $2,000 and $6,000 per patient with those diagnoses. Up to $4 billion is expected flow into the system each year, linked to diagnosing and treating dementia.

Another aspect of GAP is to work on enhancing the recruitment of underrepresented populations. The entire life science industry has put an increased focus on minority populations, thus far with modest results. Dwyer believes trust is the number one consideration to getting African Americans and Latinos to participate in clinical research. Unfortunately, many are part of health systems and physician practices that do not have a clinical research component.

“Trust is a big deal and we cannot ignore that fact,” he says. “We just had a conference in Nashville, Tennessee. One of the best historically black medical schools in the country is Meharry Medical College in Nashville. Right now, Meharry does not have a single neurologist performing Alzheimer’s research.”

A large part of the African American community of Nashville sees a physician at Meharry. Still, to get into a clinical trial, they must travel to Vanderbilt or a private research clinic. Even then, if the patient does not trust the researcher, the effort will be unsuccessful. To make the process more efficient, GAP is working to build a valued and trusted relationship with practitioners at Meharry.

GAP has also partnered with the African Americans Against Alzheimer’s Network to produce a play called Forget Me Not. The play focuses on the onset of Alzheimer’s disease in an African American family. The goal is to spur discussion among those who see it. The play has already generated referrals, as it helps patients and caregivers understand the importance of clinical research.

“Patient recruitment will not improve by running TV or radio ads,” adds Dwyer. “To get real numbers, you must go to the churches, the community centers, and the doctor’s offices. You must be there every month promoting a consistent message. Being there when it is convenient for patients, with the information they want, is how you will earn their trust.”