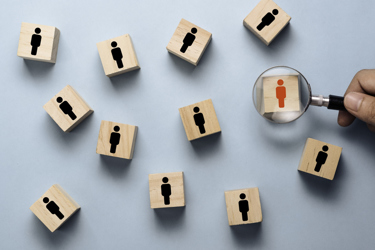 Data released in September 2020 shows positive results for the CENTAUR clinical trial conducted by Amylyx Pharmaceuticals. The trial, for patients with ALS (amyotrophic lateral sclerosis), met its primary endpoint of slowing functional decline in patients receiving the study drug, AMX0035. The treatment is the combination of the small molecules sodium phenylbutyrate and taurursodiol.

Kent Leslie, CSO for Amylyx, refers to patient recruitment as the bane of most clinical studies. As is the case in most trials, recruitment for the CENTAUR trial was slow. Recruitment can be delayed when multiple companies compete for the same patients, and Leslie believes a renewed interest in trials for diseases such as ALS was a contributing factor. But Leslie also felt a change was needed in the recruitment paradigm.

“The old recruitment model has you going to sites with your inclusion and exclusion criteria,” he says. “Sites will tell you how many patients they can provide for the study. Although they place trial materials in the waiting areas for patients to peruse, the process is really physician driven. Sometimes they overestimate and sometimes they underestimate recruitment numbers. Sometimes sites will recruit no patients at all. We felt there had to be a better way.”

Leslie notes that if physicians are excited about your trial, it would enroll quickly. Otherwise it would fail. But he also felt patients are taking more initiative to learn about their disease and available treatment options. Therefore, he felt recruitment could be aided by going directly to patients.

“Potential patients did not know we existed,” says Leslie. “That was a huge problem and it was entirely on us. We were relying on physicians to get the word out about our study. Unfortunately, physicians have an incredibly challenging job. They must first diagnose patients with ALS, walk them through their treatment options, and set them up with a care team. In that situation, clinical trials are generally not one of the first topics that gets brought up.” 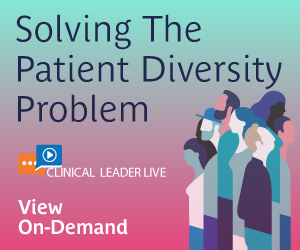 Take Your Message To Patients

For the ALS trial, Amylyx opted to take its message directly to patients. The company worked with different groups that place social media ads through Twitter, Facebook, and ALS patient forums. Leslie notes the effect was ‘staggering.’

“We heard from a huge number of patients that saw our information online and contacted sites,” says Leslie. “We cannot hope for patients to find us, and we cannot rely on physicians to do our marketing for us. I believe you need to reach patients where they are. Today that is on Twitter and Facebook, as well as patient forums.”

Importantly, the social media effort started with an approval of the marketing materials by an IRB. The company then engaged with different philanthropies to determine where patients tend to get information on their disease.

Not surprisingly, many patients receiving their initial diagnosis turn to Google. That search will sometimes turn up a nearby clinical trial, but search results are not consistent. Even if patients locate a study on ClinicalTrials.gov, they often will not know if they qualify for it, if they need their insurance to cover it, or if it will cost out-of-pocket expenses.

Knowing this, Amylyx placed sponsored ads on Google that shared trial information with patients. As potential trial participants contacted the company, they were provided with additional information. A team member from Amylyx and Clara Health could prescreen the individual or connect them with a site. Patients were also provided with information on other trials they might qualify for. Leslie notes this recruitment method was not used for the company’s Alzheimer’s trial, as that study had much broader inclusion criteria and Amylyx felt recruitment would not be an issue.

“Over the last four or five years we have seen new recruitment options pop up,” adds Leslie. “My main takeaway is that most people don't have a good idea of what trials exist for their disease and which ones they might qualify for. We believe our direct-to-patient advertising campaign has been highly effective.”