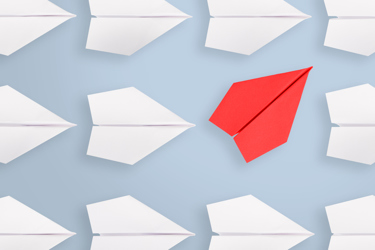 In 2020, Appili Therapeutics, an anti-infective biotech headquartered in Nova Scotia, Canada, needed to conduct a clinical trial for favipiravir (Avigan), an antiviral the company was evaluating in multiple Phase 3 trials as a potential treatment for COVID-19. Appili has five programs in its pipeline, and Avigan is the first to make it to a Phase 3 trial.

“In a normal situation, you have sufficient time to conduct your processes,” says Dr. Yoav Golan, chief medical officer for Appili. “When you’re operating during a pandemic, you may not be able to complete a trial, or may not be able to do so in a timely manner. For some therapeutics, you also understand the epidemiology of the disease, which likely has not changed in quite some time. When dealing with a new virus, you do not have that advantage.”

One of Appili’s core requirements was a nimble recruitment process. The Phase 3 trial would take place in multiple countries, and the pandemic made recruitment a concern. Golan notes that a study can be run in one country, but then be forced to relocate as a result of the virus spread. If the number of cases in a country were suddenly declining, that could make patient recruitment very difficult.

Appili’s CRO vetting process focused on the ability to operate internationally. “In some countries the pandemic was coming in waves, but in other countries, the cases might suddenly be declining,” he states. “You could spend months preparing for a study, only to have enrollment stall because of a sudden decline in the number of cases. We knew that could end up being a major hurdle, and one that could disrupt a trial.” He stipulated that the CRO would need to be able to operate fluidly in response to global public health trends.

Golan notes the company also wanted the study to be conclusive. Running a study during a pandemic could produce results that are inconclusive, especially if the study is small by design. To complete the study, he felt flexibility to enable a large-scale study would have to be built into it.

“We might design a study to enroll patients in countries A, B, and C,” he says. “However, by mid-study you may find the pandemic is moving into other countries. If your CRO does not have a presence in those countries, you will be locked into A, B, and C and have to wait for the next wave to hit. That might make it impossible for you to complete the study, or to do so in a timely manner.” To recruit the necessary number of subjects for the scale Appili had in mind for its pivotal study, flexibility and global access were paramount.

According to Golan, some of the challenges the company faced were more technical in nature. For example, understanding the amount of time it would take for regulators to approve the IND so the study could get underway. In some cases, it could take weeks, in other cases it might be months. If the review was going to take too long, you might consider avoiding that country altogether, even if it looked good in all other respects. Ultimately, the quicker the study is run, the faster a potential therapy can get to patients worldwide.

“Once we knew our core requirements and understood the challenges we faced, we were able to begin the search for a CRO,” adds Golan. “The information we gathered would allow us to use metrics that were relevant to our study to measure the abilities of the CROs we interviewed. At the end of the day, the ability to run the study determined our choice of the CRO.”

For Appili, the first requirement that CRO partners had to meet was experience working with COVID. Potential partners had to be currently working on a COVID study or have completed one. That history would show not only familiarity with the virus, but the ability of the CRO to operate in pandemic situations. More importantly, it would demonstrate that the CRO had acquired some experience and understanding of the pitfalls that could arise in a COVID study and have the foresight to avoid them. It would also show that the CRO had relationships with the sites with which Appili would need to work.

“We also wanted a CRO that had experience running studies in outpatient centers in communities,” says Golan. “We knew we would be working with community outpatient centers, which is more difficult than working with hospitals. Community centers have fewer resources. Those sites also work with COVID-infected patients with mild to severe symptoms who are in quarantine. We did not want to violate those quarantine requirements. A CRO that has worked with COVID and those organizations in the past would possess the experience needed to manage the study as well as the ability to identify sites and investigators. The expectations for an outpatient study are not the same as for an inpatient study and we wanted a CRO who was familiar with the differences.”

Appili is a small company with about 20 employees, but it still wanted its CRO selection process to be competitive. The COVID study the company was preparing to launch was large and carried a substantial budget. For that reason, it was not difficult to find CROs who were interested in the project.

Because the trial would take place across borders, Appili opted to approach CROs that fell into the large and mid-sized categories. Golan felt mid-sized CROs tended to be more flexible and fast moving and had more of a hands-on approach when dealing with smaller clients. At the same time, he felt large CROs had a wider global presence and would be better suited to run a trial conducted in multiple countries. They would also have greater access to the resources required to run a global trial., The Larger CROs also tend to be more expensive.

After reviewing the companies that could potentially be a good fit for the trial, Appili narrowed the list to three potential CROs. Two were large (top 10) CROs and one was a medium-sized firm.

“We had all three service providers come in and share their experience with COVID, running a successful COVID trial, and running a community-based study,” he says. “We also wanted to know that they wanted to perform the trial and that they had sufficient resources to devote to it. The CROs brought a team of people to these meetings, which lasted about two hours, and worked to convince us they were prepared to meet our core requirements.”

Golan notes the medium-sized company had partnerships in several countries where Appili intended to conduct the trial, including the U.S. The medium-sized CRO also seemed to be the best prepared, the most responsive, and the hungriest of the three CROs.

“In talking to them we felt they were ready for our study,” states Golan. “They did far more than required to communicate their readiness to us.”

By now you’re thinking Appili must have opted to partner with the medium-sized firm. If you thought that, you would be wrong. In the end, and after carefully weighing many considerations, Appili decided to partner with a CRO with the best ability to meet its research design criteria.

“We knew the situation we were in and had to use the realities of that situation in our decision-making process,” says Golan. “We selected the large, multinational CRO and the main reason was their global presence. This trial could require us to go to countries that are seeing rising numbers of COVID cases. We needed the ability to quickly make that move. If our CRO did not have a presence in a country, that would require them to create partnerships, which takes time. Although we felt the medium-sized firm was comparable to the large CROs in every other way, that global presence alone was the driving factor in our decision.

To keep patients properly quarantined, remote monitoring was necessary. The trial used a telehealth platform that included patient diaries and a pulse oximeter that allowed patients to measure their oxygen saturation during the telehealth interview. The devices were essentially out-of-the-box products provided by technology vendors selected by Appili after search of available products.

Finally, Appili’s size contributed to its success in establishing trial operations during a pandemic. “There are a few traits that I believe are necessary,” adds Golan. “You must have the ability to move fast and make decisions quickly. Your company needs to be flexible and cannot be too bureaucratic. The right people, not just more people, need to be involved in making decisions. I believe it is easier to have those traits in a smaller company like Appili than a large corporation.”