As ClinicalTrials.gov Turns 10, Will We See Compliance Improve? 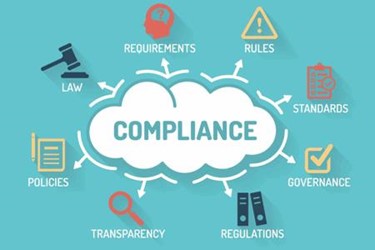 The FDAAA (Food and Drug Administration Amendments Act) Title VIII, which required clinical trial results to be disclosed on ClinicalTrials.gov, went into effect in September 2007. The industry has now reached the 10-year anniversary of the act, which is a good time to reflect on progress that has been made and whether the requirement has actually improved transparency in clinical trials.

Clinicaltrials.gov actually went live in the year 2000, as a follow-up to a mandate by the FDA Modernization Act. But from 2000 to 2007 there was minimal use of the site. The only studies required to be posted were those having to do with serious and life-threatening conditions. During that period, around 1,500 studies per year were registered, according to Thomas Wicks, chief strategy officer for TrialScope, a company helping sponsors to be in compliance with the act.

“In 2005 and 2006, a couple of things happened that precipitated a greater number of disclosures,” says Wicks. “First, the International Committee of Medical Journal Editors (ICMJE) stated trials would be included in their publications only if they had been pre-registered on ClinicalTrials.gov. Right away, that caused a bump in registrations. In the same year the state of Maine passed a law requiring companies to make information on their clinical trials public. Those two things got the ball rolling. Later when issues arose with the drugs Paxil, Vioxx, and Avandia, some felt part of the problem was that adequate data on these drugs was not available. When a 2006 Phase 1 study in the UK caused harm to a number of healthy volunteers, many felt that better transparency could have mitigated the risk, since an earlier study of a similar drug that pointed to potential problems was never published.” 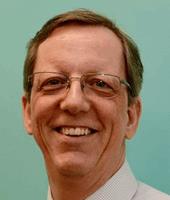 Anxiety also existed around whether or not researchers were cherry-picking the data to publish, and only disclosing the results of favorable trials. The concerns led to Title VIII of the FDAAA in 2007. With that act, the registration of most interventional trials in Phase 2 to Phase 4 became mandatory and results were required to be registered in 2008. The result has been an increase in the number of trials disclosed on ClinicalTrials.gov from around 1,500 studies per year to 30,000. There has also been increased attention being paid to trial disclosure from advocacy groups that promote transparency measures that go beyond those required by the FDA, such as the registration of Phase 1 trials.

Other countries have also gotten on the disclosure train. Wicks notes that since registration on ClinicalTrials.gov became mandatory for many studies 10 years ago, approximately 2 new trial registries have come online every year in other countries. For example, there is a large registry in Europe that contains protocol information back to 2004 and results data for all trials were added in 2013, as well as others in countries including India, Hong Kong, and China. Today, about one-third of all trials that are publically disclosed are registered in databases outside of either the E.U. or the U.S. The required information has also been expanded from a summary of protocol information to results summaries, clinical documents containing anonymized patient data, and actual protocols. Pharma companies are also starting to voluntarily summarize trial results in plain language that trial participants can understand.

One benefit of FDAAA Title VIII is that it put a stop to the individual state laws that were on the way. After Maine required registration of trials, there was a fear that registration would become mandatory in more states, with individual and varying requirements.

“FDAAA Title VIII also standardized all of the requirements,” says Merete Jørgensen, senior trial disclosure director for Novo Nordisk. “Clinicaltrials.gov is setting the standard for the information we need to provide, which is good for the industry. With other countries now requiring registration in local languages, we still have the translation issue to deal with. It has become challenging and resource demanding for a company to ensure its information is kept consistent across all registries.”

While the number of registries and their requirements have increased over the last 10 years, the good news is that data systems are now more mature. Jørgensen notes medical agencies in the E.U., as well as the National Institutes of Health (NIH), have been open to discussing challenges with companies, as they relate to ensuring databases can hold the required information on almost any clinical trial.

“In 2005, it was a huge challenge for the industry to put all this required information out in the open,” she says. “This has certainly changed over the years. Today, sponsor companies actually see it as a benefit to be open about the information they possess on clinical trials. I think industry to a large extent is embracing it.”

While the options and tools for reporting and presenting clinical trial results via the registers are vastly improved over the past 10 years, Jørgensen notes there is still room for improvement. The use of new and innovative designs and ways of performing clinical research can be challenging to present. These new methods include using existing databases and capturing information digitally, which can be challenging to represent with the current tools. Use of graphics to illustrate results is in most cases not an option.

The digital results information has to fit into the databases, and Jørgensen believes this is an area where pharma welcomes the positive invitation from NIH. She notes the NIH has been willing to provide advice on how to represent new data into the current system so as to retain transparency without limiting the science. “Regulators have been open to adapt their registries to allow new trial features to be used,” notes Jørgensen.

“Meeting legal requirements are part of the standard operating process for sponsors. When it comes to disclosure, different requirements in different countries can be a challenge. The information we place in registries is made public for everyone to see. If countries have different regulations on what sponsors can/must disclose and how information present in the public domain may be used, meeting those requirements becomes a legal challenge. Rules covering personal data and data protection are a concern because companies need to do it in the right way following global requirements.

Pharma is interested in providing information on clinical trial results back to trial participants, and also want participants to rest assured their data is used for research purposes only, while being protected against misuse in alignment with private data protection rules.”

ClinicalTrials.gov has come a long way in the last 10 years. Where can we expect to go from here? Jørgensen believes right now there is a lot of focus on information available in public registries. Can we expect that to continue in the future?

“The focus in the EU is disclosure of (huge) clinical documents,” she says. “The biggest document we have handled was 22,000 pages in total. That’s a concern. To live up to data privacy protection rules, such documents must have sensitive information removed/redacted or anonymized. However, there is limited time to do it, and IT tools are few and still under development. The question is if transparency is supported best by providing access to huge scientifically oriented documents. Therefore, I think the focus for a lot of companies going forward will be on providing lay summaries on clinical trials and their results. This information makes it easier for patients to decide to engage in a clinical trial. It also provides patients with information on the results of the trials that they have been participating in, providing information that is more easily digestible. In the EU this process will become a legal requirement with the new EU Clinical Trials Regulations implementation.

We might see increased enforcement of penalties for noncompliance with the requirements of FDAAA Title VIII in the US. One of the challenges relating to penalties is that the legal requirements are complex, making compliance assessment difficult. With the new final rule from 2016 and the corresponding updates to clinicaltrials.gov released by NIH in 2017, assessment of compliance will become easier.

Still, Wicks and Jørgensen point out that the final rule, which came out in late 2016 and went into effect in early 2017, significantly clarifies the disclosure requirements in the US, though some ambiguity related to specific requirements remains. Wicks expects inspections to start in 2018 and focus primarily on results disclosure.

For pharma companies, ClinicalTrials.gov is not being used for strategic decision making, as most large companies have business intelligence groups to help with that. But Wicks notes the database is sometimes used by clinical operations to get a better feel for the inclusion and exclusion criteria being used, as well as what outcome measures are out there. “I think more companies are of the mindset that there is no reason to reinvent the wheel,” he says.

“ClinicalTrials.gov is just one source of information for companies to use,” adds Jørgensen. “There are commercial databases that are also a useful source for trial information. I remember a presentation several years ago where companies were asked what source they were using. ClinicalTrials.gov came in second. Coming in first was a U.S. commercial database that collected information from trial registers across multiple countries, as well as journal articles, press releases, and investor roadshows.”