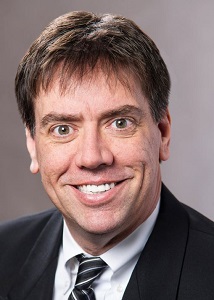 Every year, The Avoca Group conducts an industry survey, querying sponsor companies and clinical service providers on a specific topic of interest to clinical trials. This year the topic was clinical development and innovation. John Rafa, Executive Director of Research Services for The Avoca Group, notes responses were collected via a web survey conducted in early 2015. On the sponsor side, there were 156 total respondents from 86 different companies. Top 20 pharma companies represented about a third of total respondents, with small and midsized companies each making up about a third of respondents as well. Over half of respondents were responsible for clinical development and operations. An additional 90 respondents were from 61 different provider companies, with two-thirds being from CROs. The majority of respondents had more than 10 years of experience.

One of the initial questions on the survey asked respondents to rate the level of innovation within their own organizations. A much higher percentage of respondents from provider companies rated their organizations as being at the forefront of innovation (33 percent to 14 percent), or somewhat above average (41 percent to 27 percent) whereas a higher percentage of sponsor companies rated their organizations about average, or somewhat below average.

“When you look at these numbers, you’ll see that almost three-quarters of all provider respondents see their companies as being above average when it comes to innovative approaches to clinical development,” says Rafa. “On the sponsor side that number is only 41 percent. That is a very large difference. When asked whether or not their company invests an appropriate amount of money and resources into innovation, 72 percent of provider respondents said yes, as opposed to just 41 percent of sponsor employees.”

Is the result surprising? Most likely not, if you look at the question from both sides. On the sponsor side a lot of resources are devoted to executing the existing portfolio. When money can be spent on ensuring a drug makes it to market versus investing in a new initiative, pharma is likely to go with its pipeline and leave the innovation to its outsourcing partners. Certainly, for many pharma companies, it’s also safer and more cost effective to let other sponsors invest in innovation, and then simply jump on as a fast follower. Innovation is often associated with risk, and the fear of it will cause some pharma companies to shy away from it.

Of course the situation is far different on the provider side, especially for CROs, who might live or die based simply on their ability to innovate. With the amount of competition that exists, a CROs ability to innovate might be what enables it to differentiate itself from competitors. In fact, many larger CROs now have in-house innovation teams that are looking for ways to help sponsor clients with their innovation efforts.

Who Is Responsible For Innovation? 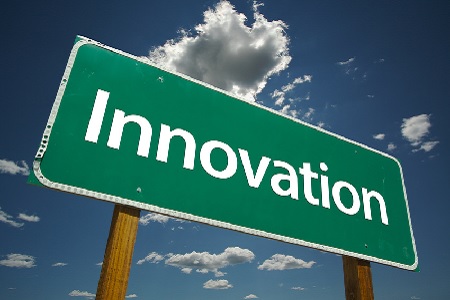 The next area of exploration for Avoca was the topic of who is responsible for innovation and the best internal structure to have in place to encourage and support it. In this area, the responses were similar from both sponsors and providers. Generally, innovation seems to be embedded in clinical development or operations (the group conducting the trials), as opposed to having a dedicated group or function bringing innovation to the organization.

Regardless of where innovation resides, in most companies it is likely the culture of the company that drives innovation. Whether the innovation is in line with current methods or completely disruptive of the process, a culture that is not accepting of the change and its alignment with business goals will likely not be a success. Additionally, some of the innovation performed by providers often needs to be funded by sponsor companies. They have to fund it financially but also have to support it, sell it internally, and believe that it will work.

Interestingly, when it comes to funding, there is a difference between sponsors and providers in how innovation is supported. The Avoca survey found that in sponsor companies, almost 80 percent of the costs associated with innovative approaches are contained within individual study budgets. Only 20 percent of respondents reported the costs were contained elsewhere (perhaps a centralized group/budget). In provider companies, the situation was reversed, with only 39 percent reporting the costs were contained within the individual study budgets.

The final survey question this article will address related to the subject of where innovation is working. Avoca presented a list of activities associated with clinical development for respondents to choose from, while asking where innovation would have the greatest impact and where the most progress has been made.

Both sponsors and providers identified trial design as the area where innovation is progressing. Sixty-six percent of sponsors noted it is where innovation is making an impact and 39 percent mentioned progress being made. For providers, the numbers were 59 percent and 37 percent, respectively. After trial design, the next most likely areas for innovation to be having an impact or making progress are patient recruitment/enrollment, patient engagement/involvement, data collection/management, feasibility/site selection, and site monitoring.

One interesting stat: while 51 percent of providers felt innovation could have an impact on patient engagement and involvement, only 10 percent felt progress was being made (40 percent and 22 percent on the sponsor side). This may be a surprise to some, not so much to others. Some are also tied together: If we perform better trial design, we will have more successful recruiting efforts, and can better engage and involve patients, for example.

If statistics are correct, and 60% of the data we generate is never used, then opportunities for improvement certainly exist. Innovation will make an impact, but we are clearly still recognizing how much we can and can’t do with it. Innovation will not be cheap, and sponsors and providers alike will need to come up with quantifiable returns on investment to make the investment worthwhile.