Bayer Uses Lessons From Past Trials To Beat Liver Cancer 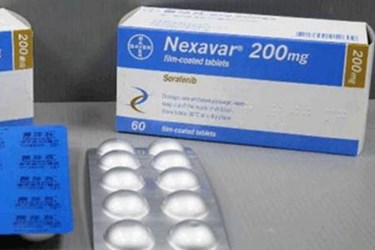 It has been approximately 10 years since Bayer’s medicine Nexavar was approved for the treatment of advanced hepatocellular (liver) cancer. Despite all of the research and money put into this effort since then, there has not been another drug approved for this disease. However, in April 2017, patients did finally see a new treatment (Stivarga) approved by FDA.

Over the 10 year period noted earlier, there were a number of failed clinical trials. In fact, a few candidates that initially appeared to have promise did not make it through to approval. According to Rutstein, one factor that stands out with liver cancer is heterogeneaty at the molecular level. With some cancers, there is a driver pathway or mutation that is a main driver of the disease state. With liver cancer, despite all of the work that has been done over the years, researchers have not been able to recognize a single predominant key driver, pathway, or mutation to pursue. This has resulted in researchers having to take a broad approach with treatment strategies. 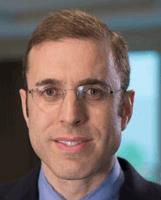 With the challenges faced in this type of cancer, Bayer carefully crafted the participant eligibility criteria based on what was known about the disease and the safety profile of the investigational drug. The company worked closely with physicians and investigators to determine which patient groups would exhibit the highest likelihood of benefiting from Stivarga.

“In this case, we were able to benefit from past experience,” says Rutstein. “Bayer has invested a lot of time and effort into studying this disease. We were able to learn from past trials that failed, and also learn about better study design.”

One example Rutstein cites is patient selection. For the Stivarga Phase 3 trial (RESORCE), patients were selected using the Child-Pugh score, which is used to assess the prognosis of the underlying chronic liver disease that may have led to the development of the hepatocellular cancer. Patients with Child-Pugh A liver function were selected for this trial. These patients have a better prognosis and are most likely to benefit from investigational therapy.

Rutstein notes that patients with a progression of liver disease to Child-Pugh B or Child-Pugh C may find it more difficult to stay in a study until completion of the trial given their more advanced liver disease and poorer prognosis. With liver cancer, there is the burden of the tumor but also of the underlying liver disease which resulted in the development of the tumor. That dual issue is something investigators would be required to contend with, and those investigators were instrumental in the recruitment process.

Another consideration in the trial design was related to the level of tolerability to the prior (Nexavar) treatment. For this study, patients were required to have disease progression on Nexavar in order to enter the trial and were not permitted to enter if they had discontinued use of Nexavar due to drug-related toxicity. There was also a provision in the eligibility criteria that would allow a patient to enter the trial as long as they had been receiving at least 400mg of Nexavar per day for 20 of the last 28 days prior to discontinuing its use.

“That was a key issue in the eligibility criteria,” says Rutstein. “Nexavar has some overlap with Stivarga in terms of overall safety profile. While they are very different drugs, there is enough similarity in the safety profile that researchers felt patients who were not able to tolerate Nexavar would likely not be able to tolerate Stivarga. For that reason, those patients were excluded from the RESORCE study.

For the trial design, Bayer was again able to fall back on its knowledge of liver cancer trials that had been gained over time. Understanding prognostic factors for the disease was one of those areas. Patients brought into the study were randomized into one of two treatment arms, in this case Stivarga plus best supportive care or placebo plus best supportive care. Bayer stratified randomization based on important baseline prognostic factors.

“The knowledge we have gained includes understanding which key prognostic factors should be incorporated in the stratification process,” states Rutstein. “That step was as crucial here as it is in any trial. If one fails to identify key prognostic factors and to make sure that patients with those factors are evenly distributed between treatment arms of the study, then there could be a confounding impact on the primary efficacy assessment.”

In the RESORCE study, randomization was stratified by baseline prognostic factors including geographical region (Asia versus rest of world), macrovascular invasion (yes or no), extrahepatic disease (yes or no), α-fetoprotein concentration (<400 ng/mL or ≥400 ng/mL), and Eastern Cooperative Oncology Group (ECOG) performance status (0 or 1).

The global trial was conducted in North America, South America, Europe, Australia, and Asia. In fact, a significant number of patients were recruited from Asia where hepatocellular cancer has a high prevalence. Geography was chosen as a stratification factor given that the underlying etiology of liver disease and the management of patients may vary by region. Such differences may have prognostic significance and, therefore, have the potential to impact the study results.

“We have a steering committee of leading investigators, comprised of representatives from different regions of the world,” adds Rutstein. “The committee members help Bayer to think through the decisions regarding which countries we should involve in the trial. Of course, a feasibility study was also performed which posed questions to investigational site personnel in different countries about the study protocol. This allowed Bayer to determine, before the start of the trial, what the projected accrual would be in Asia versus Europe versus the U.S.”