BERG Invests In Biology And AI To Drive New Cures 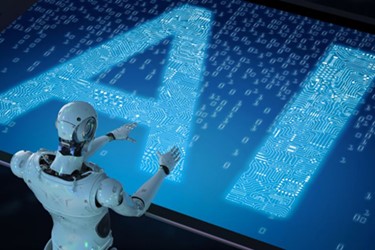 A 2017 report published by Deloitte concluded that much of the current stagnation in drug discovery is due to the industry’s limited understanding of the fundamental molecular mechanisms of disease. Dr. Niven Narain, co-founder, president, and CEO of BERG believes getting a handle on those mechanisms is vital to producing more effective therapies in a shorter amount of time. That is exactly what his company is attempting to do.

“In my experiences, both as a clinical scientist and pharma executive, I have found that it is always best to take a patient-centric approach to drug development,” says Narain. “One of the things I could never understand was why the life science industry seemed to treat all patients the same way and provide all of them with the same drug.”

At BERG, Narain is taking a different approach. The company is attempting to discover the underlying biology of disease mechanisms. By doing so, BERG hopes to fundamentally understand diseases and determine if we are giving the right drugs to the right patients.

“For years we have operated in an environment where hypotheses drove data,” states Narain. “About 10 years ago BERG decided to flip that around. We questioned whether it was possible to have patient data that is informed and coupled with tried hypotheses. Biology is messy and complex, and we need to be humble about it. We need to understand that there is a lot we don't know.”

Narain equates this situation to a consumer buying a house. That buyer is not going to look at one data point or one online photo and make a decision based on that information. Narain envisions a more efficient approach drug developers can take.

AI is at the heart of this effort. Narain notes AI is simply a tool that will not be an end all or a cure all. AI will enable researchers to aggregate large amounts of data so they can look at causal inferences and causal predictions which otherwise could not be detected. It can help to disseminate the information in the most appropriate way, allowing researchers to arrive at unknown mechanisms which he believes are the fundamentals of the biology.

“We are focused on the narrative of the biology,” says Narain. “Once we understand that, we can start to look at how patient populations differ. That is where our drug discovery process should actually start.”

Having big data doesn’t mean you will be able to make sense of it. Narain believes BERG is the first company to usher in a fusion of analytical methodology with really a deep dive into the biology of disease. The AI will help to make sense of how diseases and healthy models are different. That information will then be used to drive a more efficient drug discovery process.

“We can perform research in many different areas and create a myriad of different medications,” says Narain. “At the end of the day we still have to discriminate between what areas of biology are actionable or druggable to stratify the patient population. This is a dynamic, iterative, process and there is not just one component to it. It's the sum of many parts. The integrated platform we have built will bring tissue samples into the process which, along with other associated data points, will allow us to make causal predictions. We can then go back to the lab and produce assets quickly, with decreased time and cost.”

BERG’s platform is called Interrogative Biology®. Its genesis goes back to the time when Narain was performing oncology research in Miami. His team discovered a novel biomolecule in mitochondria that was changing the fuel cancer operates on. What they saw was an internal, naturally occurring biomolecule causing a shift in the fuel that drives the cancer and prevents it from undergoing apoptosis.

“The platform was born out of frustration and the need to understand the mechanisms and biology,” states Narain. “We didn't fundamentally understand those mechanisms and how they worked. As a young clinical researcher, it dawned on me that we need to find another way to deal with these problems. I also knew we are sometimes biased by what we know or what we've been exposed to. We are biased because some of us believe in what we know and will dismiss other possibilities or components that are unknown. I knew we also needed to dissuade and dilute that level of bias.”

The Interrogative Biology® platform was built using mathematics and patient biology. Promising drugs would be identified based on patient biology and screenings, not the opinions of doctors, scientists, and biochemists who already had familiarity with certain drugs. This created an independent and unbiased view that was driven by the data.

The front end of the platform is biology, including genome sequencing, proteomics, the patient’s clinical data, and demographic data including age, race, and gender. Mathematics and AI will then pull the data sets together on the back end and supply the unbiased view. Doctors and researchers can then look at the results in a clear and unbiased manner. The tissue samples are then sent back to the lab where environments are created that mimic a disease state. Narain states trillions of data points can be generated from just one tissue sample.

BERG has a close collaborative partnership in place with AstraZeneca focused on Parkinson's disease. Narain believes in crowdsourcing science and advises against seeking partners after you discover something noteworthy. He recommends finding interested parties and making them part of the discovery process. To do this he looks for the best minds in industry, government, and academia.

“Our chairman and founder, Carl Berg, knew William Langston for a number of years,” states Narain. “Langston is a professor at Stanford University School of Medicine, founder of the Parkinson’s Institute in Sunnyvale, CA and a world leader in Parkinson's research. We sat down and discussed what we thought would move the needle in Parkinson's research. We felt lipids and how those lipids interact with proteins and genes was the key. Langston also liked the fact that our platform was able to look at multiple data sets. Together we built this model out, specifically focusing on over 20 years of clinically annotated tissue samples, blood, urine, saliva, sweat, and tears. Skin samples were turned into neurons and CRISPR was used to validate gene regulatory mechanisms. We found some amazing things. For example, we determined that an oncogene was prominent in deciding when a neuron would undergo cell death.”

That discovery was the start of the research partnership with AstraZeneca. BERG performs the biology work and AstraZeneca performs the chemistry work. In the past year the partners have made advancements that Narain says appear to be promising.

Researchers do not currently understand how Parkinson’s works. BERG’s platform will be used to demystify the disease. While other Parkinson’s studies have focused on beta and plaque, BERG is taking a different approach. Narain believes this approach offers the ability to not just treat a symptom, but potentially be disease modifying. He describes that as the holy grail in neurology.

“Interrogative Biology® helps us to find new biology,” says Narain. “It helps us understand the mechanism of disease, but it also allows us to create a new class of drugs and completely different, novel pathways. For that reason, our partnerships with the leading universities are very important.”

BERG currently has partnerships in place with Harvard, Stanford, MIT, and other academic centers.

Get Past The Hype

Putting a partnership in place with a company the size of AstraZeneca was not an easy endeavor for BERG, and Narain notes there were a few false starts. Still, he believes the success of any partnership will come down to the people involved.

“They reached out to us when they heard we were using AI to perform drug discovery,” states Narain. “They wanted to know what we were doing and how much we knew about drug discovery. It took some time and convincing, but we were able to get them to agree to a pilot trial. Landing that first pilot study was tough. BERG is not Merck or Pfizer. This was a completely new methodology and we were still in the early days of it. We found the executives and scientific leaders at Astra Zeneca to be very open minded. They were willing to listen and eventually we were able to explain what we were trying to do. Their neuro team was in Boston and we met many times. Once they understood our approach, we were able to form a partnership.

Going forward, Narain is confident AI will play a key role in analytics. Although there is a lot of hype around AI right now, he believes progress is being made and the industry will continue to figure out better ways to employ the technology.

“We are at a precipice in medicine and biology,” adds Narain. “Progress is being made in oncology using cell and gene therapies. More and more we see researchers getting it right. We are moving in the right direction, but as a community we must be responsible and look at everything we do through an ethical and moral lens. We must be open about these discoveries. The public needs to know what we’re doing, what impact it will make, how much it is going to cost, how long it will take, and who will benefit from these discoveries. Once we dispel the hype, we will have a real opportunity to make a difference for patients and change how we provide healthcare.”