Can A New Dosage Form Solve The Medication Adherence Problem? 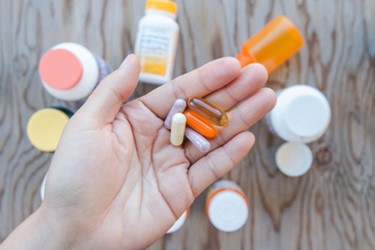 Patient adherence to medication is a problem. The cost of medication nonadherence in the U.S. alone is estimated to be between $100 billion to $289 billion annually. The problem is exacerbated in clinical trials, where patients know there is a possibility that they are taking a placebo or that the experimental medicine they are taking may not help them. With injectable therapies, the problem is more acute. Good data is essential to getting FDA approval. Unfortunately, medicines cannot help patients if they are not taken.

Pharma has taken two approaches to solving this problem. The first is to try and change patient behaviors. This can be done by stressing the importance of adherence to medicines and by sending reminders and notifications. Another approach is to change the pill, so that a patient needs to take a medicine less often. Lyndra Therapeutics hopes to address this problem by changing the pill.

“Patient adherence is a real problem,” says Andrew Bellinger, co-founder and chief scientific officer for Lyndra. “The problem impacts clinical trials, but the real-world impact is even greater. Many patients struggle to take their medications as prescribed. We also find the adherence problem varies a bit depending on the therapy. This is particularly problematic with chronic diseases, where patients find daily therapies to be a burden and an unpleasant reminder of their illness. In some therapeutic areas, the adherence rate can be as low as 40 percent.”

As a cardiologist, Bellinger was inspired to tackle the problem based on data showing heart attack patients were not consistently taking their medication. “These are patients who had a serious, life-threatening problem,” says Bellinger. “They were hospitalized and prescribed medication for the problem and to prevent it from recurring. Still, the adherence rate to the medication, six months out, was about 45 percent. When the medicines were then delivered to patient’s houses for free, the adherence rate only improved by eight percent. I knew we had to do more to help these patients. Even a small improvement in the adherence rate can help save lives.”

There is a gap that exists between the real-world efficacy of therapies and the efficacy those treatments demonstrated in clinical trials. For example, Bellinger notes that in diabetes, the benefit of various therapies on hemoglobin A1c in the real world can be only about half as large as it was in clinical trials. This makes him wonder how good our therapies could be if we had better adherence rates.

“I believe that oral, long-acting therapies can achieve better adherence rates,” says Bellinger. “In most disease areas, there is no oral, long-acting treatment option. I believe we can see a large improvement in adherence with oral once-weekly therapies replacing daily therapies. The adherence improvements could be as large as twofold or more. The result will be better outcomes for patients and possibly more lives saved.”

Lyndra is doing work in the area of psychiatric disorders. Bellinger states patients suffering from schizophrenia are known to have difficulty staying on their medications. As a result, the relapse rate tends to be very high. The relapse rate for psychotic episodes can be as high as 75 percent in the first year alone.

“Schizophrenia is a fairly prevalent disease,” says Bellinger. “This is clearly an unmet need where an oral, long-acting therapy could really result in significant improvement for a large number of patients.”

The adherence problem has existed for a long time, and other companies have attempted to address the issue with injections, implants, and even skin patches. Despite those efforts, the treatments available for most patients and most diseases continue to be daily pills taken orally. For that reason, companies are now trying to use technologies such as text message reminders. Bellinger laments that very little progress has been made in solving the problem.

“Changing people’s behavior is very difficult,” notes Bellinger. “We believe that if we can change the pill instead of changing the patient, we will have a better opportunity to drive the desired outcome.”

To solve the problem, Lyndra has developed an oral pill that can deliver a week's worth of therapy in a single capsule. The pill is already in Phase 1 clinical trials. Bellinger states that Lyndra has demonstrated the long-lasting effects based on the known pharmacology of those drugs. In addition to developing this new dosage form for its own treatments, Lyndra also has a partnership with Allergan to develop the dosage form in another therapeutic area.

When a new dosage form is applied to an existing drug that has regulatory approval, it must still go through clinical testing. The FDA has a pathway called 505b2. This pathway acknowledges that the FDA already knows a good amount about the drug and how it works. That information from prior trials can be referenced in the clinical program and regulatory filings to answer questions the FDA would normally have about a new molecule. That helps to reduce the overall scope of the clinical program.

With the new dosage form, patients would swallow a pill as they normally would. The benefit is that they get a one-week "pill holiday," allowing them to wait seven days before having to take the medication again. Inside the pill is a dosage form that will remain in the stomach and release the drug’s ingredients continuously for a week. Bellinger describes the pills as extended release, but with the ability to release over a period of time that, at least in oral form, has never been achieved before.

Going forward, Lyndra believes this dosage form could be used in a myriad of pills produced by pharma companies, with benefits accrued both in experimental drugs in clinical trials and those that have already been commercialized.

“Our new dosage form can potentially be used with a large number of drugs,” says Bellinger. “It will not work for some drugs, such as biologics or antibodies or pills that already have a high daily dose, as it would be impossible to put that high a weekly dose into a single pill. Still, there are a large number of therapeutic areas where this approach could be very impactful.”

Bellinger states there are many therapies in pharmaceutical company pipelines that struggle in early-stage trials because they don't achieve the effects that scientists anticipate. That may be due to low or inconsistent bioavailability, or because the half-life of the drug is too short. Those are good opportunities for Lyndra’s dosage form to possibly rescue and improve the therapies.

“Achieving the right dose is a challenge for many companies,” adds Bellinger. "Our dosage form can help by producing better efficacy results via the more consistent pharmacology that we provide.”