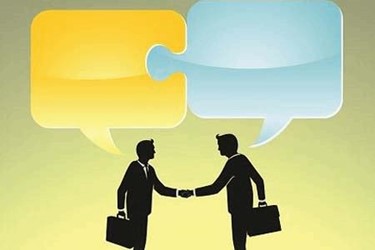 For many pharma companies, outsourcing seemed like a natural solution. A company specializing in performing trials would hire researchers, recruit patients, oversee sites, collect and manage data, and present a clean data set to the sponsor. All the sponsor is required to do is provide proper oversight.

As the model evolved and more pharma companies leveraged outsourcing, CROs began to merge or make acquisitions. The largest CROs in the industry now boast annual revenues in the billions. Unfortunately, the growth of CROs has also produced some undesirable outcomes. CRAs, who used to get training via their sponsor companies, now complain training opportunities no longer exist, unless they pursue and pay for them on their own.

Pharma executives I speak to have complaints about the outsourcing model as well. Those complaints often revolve around CRO turnover and promises of getting one study team while being assigned another. Some worry about working with a large CRO and whether their study will get the attention it deserves. Finding CROs with investigators who are trained and experienced in specific therapeutic areas is also a concern. And more than one operations manager I have spoken to has expressed concern over study data being maintained at the CRO rather than with the sponsor company.

Is There A Solution?

It’s unlikely that large CROs will ever get smaller, and the CRA staffing problem will not go away anytime soon. If well-trained CRAs are suddenly a hot commodity, their high turnover at CROs will likely continue until a greater supply of qualified candidates emerges. For companies wanting to outsource their trials but also harbor concerns over CRO size and staffing, is there a solution?

One group thinks they have come up with the answer. Four companies have come together to form a consortium designed to provide pharma with a dedicated team of trial experts focused on making studies more efficient and cost effective. Current members of the alliance include FMD K&L, inSeption Group, Pyxa Solutions, and OneSource Regulatory, with a plan to add more members in the future. 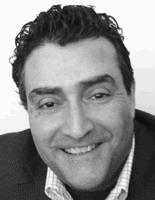 “When we started this consortium, we all had a shared belief that we were tired of the status quo,” says Joe Arcangelo, managing partner for the inSeption Group. “We wanted to provide equilateral expertise across all functions.  Within any CRO model there are strengths and weaknesses. At best, those weaknesses will slow down your study. At worst, they could jeopardize your trial and your data. Our goal is to eliminate those weaknesses, and all of the consortium members were selected based on their past experience and achievements.”

Each global project manager will be accountable for their performance as well as the performance of all other alliance partners across the functional continuum. This ensures each partner will have a vested interest in delivering on its commitments. If something should go awry, or if any component of the team misfires, Arcangelo notes they can and will be replaced.

Eliminating inherent weaknesses can be a challenge for any CRO. For that reason, the consortium believes its approach will resonate with clients. The model essentially revolves around one contact, a global or domestic project manager, dedicated to a specific study. That manager will be an expert in the therapeutic area to which they are assigned and will oversee all sites taking part in the trial. That manager will also work with other consortium members to ensure the quality of patients, data, resourcing, and regulatory requirements.

Clearly, the greatest factor impacting the future success of the consortium is resourcing. Finding qualified individuals to conduct studies is a challenge for all CROs. When vying for a study, Arcangelo notes he will already be pre-identifying the project team he hopes to put in place. Where applicable, the team members will become permanent employees of inSeption Group. For multinational studies, staff may be permanent or contracted. The model incorporates the ability to scale-up personnel when necessary.

Mergers and acquisitions, along with the advent of outsourcing, have changed the pharma landscape. These changes in the pharma industry means the days of a sponsor or CRO employee spending their entire career with the same company are over. This is one factor the consortium has going in its favor and will enable the alliance to recruit the personnel it needs. But for inSeption Group and the consortium to be successful, it will mean hiring and retaining talent, and still being price competitive with the larger CROs.

There are essentially three areas where the consortium hopes to outperform other CROs. The first is by employing experienced and highly-qualified personnel on each study. The second is a promise to not impose additional charges on sponsors for tasks their CRAs should be qualified to perform. Finally, the group hopes to eliminate sites that cost sponsors money to set up, but never recruit a single patient. The belief is a skilled project manager will know where the qualified sites and patients are located.

In preparing this article, I reached out to several close pharma contacts that were familiar with the consortium and had spoken with members of the alliance. Some questioned whether the group could hold fast to its stated goals or whether the model might begin to change as the company grows. If that were to happen, the consortium, over time, could begin to resemble any other large CRO.

Some noted parts of the consortium resembled a large staffing firm, and that hand-picking staff for trials was a unique concept but something other CROs are also trying to do. A few questioned whether this approach was much different from FSP (functional service provider) models employed by many small- and mid-sized sponsor companies, only with the players aligned under one umbrella. Despite these concerns, most agreed the concept is solid and will resonate with many smaller companies. “Optimizing clinical programs and lowering the learning curve with experienced personnel will certainly lead to better trials and a greater probability of success for the compound,” noted one operations manager. Another agreed, but noted it might be difficult to convince sponsors that a relationship with multiple partners would truly be seamless.

Still, Arcangelo is confident and cites the growth of the consortium over its first year in operation. inSeption Group alone has grown to 72 employees, and he notes those employees are convincing others to join the initiative. He states his message has been particularly popular with smaller companies already concerned over the prospect of having to work with a large CRO and wanting a greater measure of control over their trials. “A large CRO may be too big for their needs, but a small CRO may not be able to scale up,” he says. “I believe we are providing clients with the best of both worlds.”