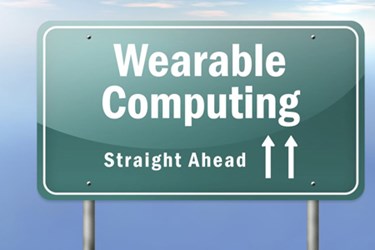 John Reites, head of Digital Health Acceleration at Quintiles, has spent years working on mobile health technologies. He defines digital health data integration as the collection of data from a variety of sources, including digital health (which includes mHealth), mobile apps, wearables, the Internet of things (items in the home that collect data), and more. Once the data is collected, it is all put into an efficient ecosystem that enables pharma companies to best analyze and understand it. In theory then, digital health data integration allows pharma to collect data from patients in a myriad of different ways between their visits to a clinical site.

“With the technologies currently available to companies, they now have the ability to fill in those gaps between episodes of care,” adds Drew Schiller, cofounder and CTO for Validic. “For clinical trials, that component is really critical. We now have the capability to drive engagement by allowing patients to actively participate in trials by passively collecting data. No longer do they have to worry about filling out forms or diaries on an hourly basis. By just wearing a device or being prompted by an app, they are able to easily participate in a trial. We can now make the trial easier for the patient while collecting more relevant and continuous data.”

The promise this holds for the future of trials has Quintiles and Validic aligning to bring these technologies to reality more quickly. By acting as the digital health data conduit, Validic is allowing organizations like sponsors and CROs to collect patient generated data from a myriad of apps and devices in a device agnostic way. Once the information is collected, it is standardized and normalized. By making one simple connection to Validic, Quintiles can now have access to over 200 app and device sources, with new ones being added continually.

Both Reites and Schiller expect 2016 to be a breakout year for mobile technologies. New devices and data sites are expected to hit the market, making things like continuous blood pressure and glucose monitoring via wearable devices a reality. That will mean more and better data available to those conducting clinical trials.

“From the CRO or sponsor perspective, we have the ability to gather and move patient data in a more efficient manner,” says Reites. “In a clinical trial you will still have the usual information, including EDC and lab data. Now you will have all of this information coming in from mobile devices as well. This partnership is about the ability to take all of the data coming in from these connected apps and devices and put it into that overall framework. It has to be done in a way that is efficient, secure, and protects the privacy of patients.”

mHealth technologies have made great advances, especially in the last three years, and Reites notes that will continue going forward. Several years ago when biosensors and wearables were still relatively new, a lot of hard lessons were learned. But a lot of progress has been made since then.

“We no longer see clinical operations and R&D pushing back against this movement,” says Schiller. “They are looking at it and asking about the benefits. They want to know what they can do with the data and whether it will replace something else they are currently doing. We are hearing these questions from small biotechs all the way up to Big Pharma companies. Everyone wants to know what this new data will mean to them.”

Excitement about a new technology is one thing, but getting companies on board will require demonstrating ROI. Thus far, that has been the challenge. Reites points to both better patient engagement as well as cost reductions.

“We need to have the right consent process in place, so patients understand what they are signing up for,” he states. “When collecting this type of data, there are different questions that have to be included in that consent process. But at the same time you are more involved in the patient workflow. When the patient connects to their device or app, they are authorizing APIs and opting in. That means they are providing continuous consent. Our patients have cited this as a benefit, since they are continually being updated and reminded of what they are participating in.”

In one study he worked on that involved a biosensor, patients were asked if they would be willing to use the device in future studies. Over 80 percent indicated they would. The devices were worn every day for two-and-a-half months, and only removed it when bathing. “We can’t overlook the value provided by that patient engagement factor,” says Reites. “It reminds them what they are part of, and the end result is a better overall patient experience.”

“One of the biggest challenges in the clinical trial space is to keep patients engaged throughout the clinical trial,” adds Schiller. “Because of the explosion in popularity of mobile and wearable devices, we have some of the largest consumer electronics companies getting involved, including Google, Apple, Samsung, and Microsoft. One of the things the companies are incredibly good at is engaging consumers. By partnering with these organizations and leveraging that engagement they already have in place, pharma and CROs can better engage patients via those same devices.

Will We See Cost Reductions?

Incorporating mHealth devices in clinical trials will certainly require an investment. For that reason sponsors will also be looking for offsetting cost reductions. Reites believes these will come about in two ways. The first is via the data. “With these apps and devices companies will gain really good exploratory data. That data will help them make better and different decisions about what is happening with their products,” he says. “If the data you are receiving will allow you to come to a go or no-go decision much faster, the money saved could run into the millions.”

There is also the patient engagement factor mentioned earlier. If patients enjoy using the devices and having them relieves their record-keeping burden, that may result in better patient recruitment and retention.

But there is also a third consideration. Each day more devices are advancing towards becoming HIPAA compliant and receiving class 2 medical device approvals. That will result in the data coming off those devices being a validated endpoint. By collecting that data through these devices, pharma may not need to collect it via sites or investigators.

“That is where the real efficiency and cost savings will come in, and is the path we need to continue to move along,” says Schiller. “Let’s say you’re testing a new drug for arthritis. With a wearable device on a wrist you can get information such as when the patient woke up and how active they were. You could then know if two weeks into a trial the patient was more active in the first 90 minutes after waking up. That can tell you a lot about the efficacy of a drug. Without the wearable device, the information might be self-reported, derived through a sleep study in a clinic, or not available at all.”

Will The Trend Continue?

There is certainly reason to believe the popularity and excitement over mHealth technologies will continue. Schiller has been involved with it for over five years and notes a massive shift has occurred, driven by two factors. The first is the emergence of mHealth apps that are nimbler and cheaper than they were just a few years ago. As they began to push into research, there was initially some reluctance to add anything that might make studies more complex. But those same companies no longer seem to be resistant to adopting these technologies. The challenge has been getting companies to look at mHealth as one piece of a large puzzle, rather than focusing on one specific thing a device does.

“Companies are now realizing this is something they need to do,” says Reites. New devices and platforms like Apple ResearchKit are changing perceptions. Companies now recognize these devices can efficiently and inexpensively be used to monitor chronic disease conditions like hypertension, congestive heart failure, Type 2 diabetes, and MS. Last year we hit 400 trials with a mHealth component to them, but most of those were still in academia, not Big Pharma. As we move the effort forward, healthy mistakes will be made. We should not be afraid to make those mistakes, because there is still so much more for us to learn.”