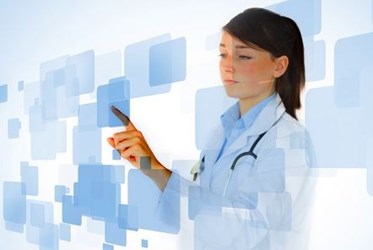 Protocol development is a difficult task. Even though we have experts within pharma companies and clinics designing good protocols, oftentimes they are simply not good enough. One way of measuring the quality of those protocols is looking at the number of protocol amendments pharma companies generate. These are generally due to a protocol being too complex, or the criteria being too strict. Generally, the end result is not enough patients enrolled in the study on time.

One solution to that problem might be the reuse of electronic health records (EHRs). Johann Proeve, VP Global Strategy & Development Advisor at Bayer Healthcare, is familiar with efforts in Europe between pharma, university clinics, and software companies to do just that.

“When you look at the available literature, you find the average number of protocol amendments is about 3.3,” he says. “Obviously there are some studies that have only one or two, but that means there are others that might have up to nine protocol changes. That is something that we can and must improve, especially when you consider each amendment can come at a cost of $300,000 to $500,000.”

There Must Be Some Misunderstanding

Proeve believes many protocol amendments are generally the result of a misunderstanding or misperception of the patient population available. He gives an example involving a study for diabetic patients. To identify these patients, we might look into a lab value called HbA1c (glycated haemoglobin). If that value exceeds a certain threshold, say 7.5 percent, then the patient is not well treated and would be a candidate for the study. A protocol could then be created to treat those patients.

The problem for feasibility managers is that while that process seems reasonable, there are few patients in the western hemisphere who will meet that criteria. If a patient is being treated by a doctor and their HbA1c exceeds 7 percent, Proeve notes they will likely start an oral anti-diabetic treatment, change their oral anti-diabetic treatment, or perhaps start on insulin. While patients meeting that criteria might be found in other areas of the world (Asia or Eastern Europe, for example), the FDA and European health authorities would want to see U.S. and western European patients participating in the trials, serving as the basis for an approval of a new drug.

“If these feasibility managers at pharma companies and CROs had access to data on millions of patients via electronic health records, they could check, for instance, how many patients in the U.S., U.K., France, or Germany have an HbA1c value that exceeds 7.5 percent. If the number of patients is very low, they would know prior to the start of a trial that the value is too high and the company would likely not find a sufficiently high number of patients, or recruitment would take much longer than originally expected.”

In that case there would be two options: either change the protocol and go with a lower figure (say 6.5 percent) or opt to not develop the drug because the patients needed for it simply do not exist. Either way, having this information prior to starting the study will mean less protocol amendments, or substantial savings on things such as not having meetings, setting up an EDC system, delivering site training, trial start-up, and shipping drugs to sites.

Another problem for sponsors and CROs is sites that tell you they have access to patients with the criteria you seek, but after the study is underway, you realize they do not have access to those patients. If a site does not have access to the right patients, a lot of money can be saved by not opening those sites and focusing on other ones that do see the patients you are interested in for a particular study.

“If a physician in Boston is seeing 50 patients annually who meet your protocol, and of those 50 patients we know there is a high likelihood that half of them will participate in a trial and give their informed consent, then you know you might be able to get a maximum of 25 patients annually from that site,” states Proeve. “From the physician in Philadelphia who sees 600 of those patients annually, you might expect a maximum of 300 patients. By doing this for a large number of sites, that feasibility manager has a much better indication of the number of patients available for that study at potential sites and the entire study planning process becomes more reliable.”

In addition to improving feasibility and patient identification, EHRs will also reduce the time, cost, and effort it takes to verify information in the electronic data capture (EDC) system. Currently, an investigator, nurse, or coordinator at the site has to manually transcribe patient data from the EHR system into the sponsor EDC system. This is done field-by-field, which is tedious and time-consuming work. Then the sponsor or CRO has to send a monitor or CRA to the site to perform source data verification.

Proeve notes when you look at the overall costs of a trial, the monitoring costs are generally the second highest. Technology will soon allow sponsors to access EHRs electronically to take data and transfer it, via an interface, to an EDC system provided by the sponsor. This will eliminate the need for monitors to verify the data, since it will be a simple transfer from one system to another.

“The moment an investigator enters something into the EHR, the interface would make the data immediately available via the EDC system,” states Proeve. “We do not have to wait for someone to do the manual transcription and we do not need for the data to be verified. If two of our goals were cutting the time and cost of trials, this provides a huge savings on both, and data managers and monitors would be able to spend their time focused on more important things.”

The movement of data from an EHR to an EDC system will likely be a longer-term goal because of language issues that may arise. In the U.S. we deal primarily with one language. Possibly two, if we include both English and Spanish. In Europe, things become a bit more complicated because information entered into the original system is generally in the local language.

“If you have 10 different countries, you might be dealing with 10 different languages,” says Proeve. “Some countries even have multiple languages, such as China and Switzerland. In Switzerland they speak Italian, French and German. Not all data in the EHR systems is numerical. The problem primarily arises with textual data, such as diagnoses, adverse events, medical history findings, and discharge findings, for example. This information will need to be translated from the local language into a common language, and that is generally English. Common coding systems shall support this effort in future. ”

There are efforts underway to improve the above described situation, as well as other common challenges within pharma and the European Commission. One of those initiatives, which kicked off about five years ago, is Electronic Health Records for Clinical Research (EHR4CR), which is working on various aspects of using EHRs. That project is supported by 11 pharma companies (including Bayer, Sanofi, Lilly, Roche, AstraZeneca, and Amgen) and 10 university clinics in Europe (including Kings College London, University College London, University of Warsaw, University of Muenster, and University of Dundee.

In addition to the language issue, privacy of patient data is also a concern. Pharma companies gaining direct access to patient EHRs is something that was not going to happen, and was immediately ruled out as an option. According to Proeve, that approach would not help with the poor reputation pharma already has in the eyes of many consumers.

Instead, it was decided the university clinics would create a copy of the data they have, anonymize the information to make sure it is not possible to track back to anyone other than the investigator or the treating physician. The completely de-identified information would then be made available to pharma through a trusted third-party, which in this case is the software company.

A query engine was built that allows sponsor companies (there were no CROs on the consortium) to send a request through the software package to the different participating sites. For example, a sponsor company could submit a query noting it is looking for patients that are age 65 or older, have a diabetes mellitus and are on oral treatment, have had the condition for more than three years, and an HbA1c level greater than 6.8%. The system could then respond with the number of patients in the database meeting those criteria and list the sites those patients would come from.

“The system could then note there are four million patients over age 65, 1.5 million of them have diabetes, and of those, 150,000 have an HbA1c level of 6.8% or greater,” states Proeve. “Sponsors could see which criteria knocked out the most people, and modify their criteria if they do not end up with the required number of patients. For example, dropping the age to 55 or older instead of 65 or older could result in an additional 20,000 patients. We could also determine if there was key information the sites were not capturing. We feel these university databases are just the beginning. The next step, already underway in some European countries, involves being able to tap into other countries, other hospitals and general practitioner databases in a similar manner. The data could be an asset to pharma recruiting for clinical trials, but also groups like the national health services or researchers.”

Although the EHR4CR project initially involved 10 university clinics, in order for the database to truly impact clinical trials participation would have to be extended to more universities and non-university clinics as well.

“We always felt we needed more than 100 clinics participating in this activity to get a good picture of what's going on in any given country,” adds Proeve. “If we can get there – and we are well underway in the so-called Champion Program – the benefits for pharma companies will be great. We would create better protocols, we would find the right sites and patients much faster, reduce the time to complete trials, and substantially reduce all of those protocol amendments. As an industry, we need to make sure our drug prices remain at a reasonable level. I believe eventually this is going to help reduce the cost of trials and eventually the costs of the drugs as well, which will be a welcome outcome for patients everywhere.”