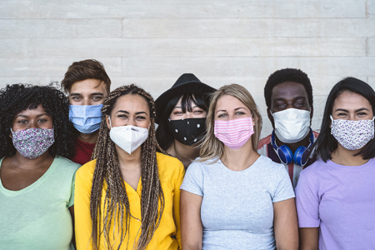 Revive Therapeutics is a company involved with repurposing drugs. When the company launched in 2014, it looked at ways to repurpose Bucillamine, a drug used extensively in Japan and South Korea for patients with rheumatoid arthritis. The treatment has a strong safety record and 30 years of positive efficacy data.

“In 2015 we obtained the rights to repurpose the drug for gout,” says Michael Frank, CEO for Revive. “I was an investor in the company at that time. After securing the patents we needed, the company ran a Phase 2 study. Although the efficacy looked good, the company pivoted to the cannabis market working on unique treatments and delivery systems. For that reason, we opted to shelve the drug.”

Gout was not a hot growth area at the time, and there was a growing interest in CBD. Revive shifted its focus to CBD and began work with the University of Wisconsin. The company developed a licensed delivery system for CDB and received orphan drug designation from the FDA to use CBD to treat autoimmune hepatitis and ischemia.

A Move Into COVID

“In December 2019 I became CEO and shifted some of our delivery technology from CBD to psilocybin,” notes Frank. “Our past work with the University of South Carolina and University of Wisconsin produced a platform and delivery system that showed strong clinical potential. By March 2020 when we saw the COVID-19 pandemic getting worse, our team looked at Bucillamine again and the mechanism of action. A lot of preclinical work was done in the U.S. in the past that showed it to be effective in treating inflammation around reperfusion injury and organ transplantation, plus we had an open IND for Bucillamine to treat gout.”

Bucillamine is a producer of glutathione, which is a natural substance in the body and an antioxidant. Frank looked at the treatment and felt it could be effective at treating infectious diseases such as COVID. This was while arthritic intravenous drugs were also being tested on COVID.

“The major difference is that our treatment is a pill,” states Frank. “We generated good safety and efficacy preclinical data for the treatment of inflammation. In June 2020, we approached the FDA with an IND for COVID. We hoped to move into a Phase 2 study and were surprised when the FDA looked at the data and fast-tracked our request to a Phase 3 study. Being able to skip the Phase 1 and Phase 2 studies was a huge win for our small company.”

At the time Frank took over Revive in December 2019, the company had a $1.4 million (CAD) valuation, but things were about to change.

The need for a small molecule drug to treat COVID is great, and that need was apparently not lost on investors. In just 18 months, Revive’s valuation has grown to $180 million.

Merck and Pfizer both have treatments in development, and Frank notes there are several other companies developing treatments in pill form. Still, he felt Revive had the safety and efficacy data that showed potential. Revive’s focus is based on a pill that has anti-inflammatory and antirheumatic properties.

The double-blinded placebo-controlled study now has patients receiving a 300 mg dose, a 600 mg dose, or the placebo. Recently, the more effective of the two doses at 600 mg was selected. Revive hopes to enroll 1,000 patients and currently expects the trial to be complete in the third quarter of 2021.

Frank notes patient recruitment has not been an issue for Revive. The primary endpoints were reducing hospitalizations and deaths. There were also a lot of patients with mild to moderate symptoms, and Frank notes that is the target audience based on the study protocol.

“I believe we are in a good position right now,” says Frank. “There are large pharma companies that have received strong funding from the government for their research efforts which initially included patients with severe symptoms. I believe our efforts are ahead of theirs and they seem to now be shifting to mild to moderate patients as well. We are not having any issues with recruitment, and we are still expanding the number of sites we are engaged with. We will continue to expand sites as we need to. It all comes down to data and we are optimistic that this treatment will produce the safety and efficacy data needed for approval.”

The small molecule treatment is also a huge win for Revive, as it enables patients to treat themselves at home as opposed to entering a clinic or hospital for an intravenous treatment.

“I believe that is the Holy Grail of this drug,” says Frank. “This could lead to a new variety of treatments in the anti-inflammatory space. Our drug potentially has antiviral capabilities as well. Dr. John Fahy, an advisory board member, wrote a paper on this topic that has garnered a lot of attention. Fahy’s paper noted our approach is one of the most effective ways to treat COVID. The paper mentioned three drugs. Bucillamine was one, and the other two were intravenous cancer drugs. A small molecule drug will be easier to administer, especially in places such as third world countries. We recently announced potential opportunities in India and the EU that we feel will help us build momentum.”

Revive has come a long way in the last two years, but it still has a lot of work to do. Right now, they seem to be the Cinderella story in the COVID arena. There are only a handful of small molecule drugs in pill form as possible Covid treatments and Revive is developing one of them.

“A lot of people believe in vaccines but there are a significant number of Americans who do not,” adds Frank. “Vaccinated people can still get COVID. So regardless of the effectiveness of vaccines, a therapeutic is needed. The treatments are variant agnostic, and the potential exists for them to move into other diseases as well. We look forward to seeing and sharing the results of this trial. We made it to the big dance. Now we just have to see it through to the end and provide this potentially viable therapeutic solution.”