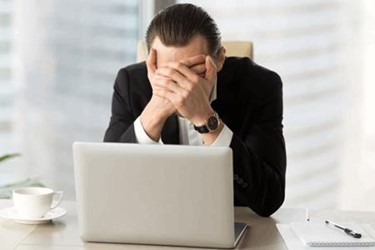 In the fall of 2007 President George W. Bush signed the Food and Drug Administration Amendments Act (FDAAA) into law. FDAAA was billed as a significant addition to FDA authority. Under FDAAA, the Prescription Drug User Fee Act (PDUFA) and the Medical Device User Fee and Modernization Act (MDUFMA) were reauthorized and expanded. The Best Pharmaceuticals for Children Act (BPCA) and the Pediatric Research Equity Act (PREA) were also reauthorized to encourage more research into treatments for children.

But perhaps one of the most significant aspects of the law for sponsor companies and universities concerned the reporting of clinical trial results on the government website ClinicalTrials.gov. The stakes were high and quickly got the attention of pharma executives in the C-suite as well as their legal departments. The initial penalty for not complying with the requirements of the law (reporting trial results within 12 months) was a fine of $10,000 and an additional $10,000 per day if violations were not corrected within 30 days of the notification of non-compliance.  If an institution was receiving grants from NIH, those funds could be terminated or suspended.

Holly Fernandez Lynch, who was working as a pharma attorney at the time, recently noted those fears turned out to be unfounded. Ten years after FDAAA was signed into law, not one penalty was ever levied against a company for non-compliance, nor was any funding withheld. “And let me assure you, that’s not because of perfect compliance,” states Lynch.

Non-Compliance Is Not Rare

Non-compliance actually seems to be quite common in the industry. STAT reported in January 2018 that, as of September 2017, trial sponsors had reported just 72 percent of required trial results on ClinicalTrials.gov. Approximately 40 percent of the results that did get reported were made after the legal deadline.

As many companies and universities remain in non-compliance, Goldacre is continuing his efforts to bring attention to the problem. In the past, he has referred to the problem as more of an ethical obligation than a legal one. The law, after all, was intended to make it easier for physicians and regulators to spot drugs that won’t work or have dangerous side effects. The University’s website, FDAAA.TrialsTracker.net, continues to put the spotlight on those sponsors that fail to report results.

For example, on the date this article was written, the site noted the results of a trial completed by the Mayo Clinic on January 19, 2017 were more than 30 days overdue. The total fines that could have been imposed by the government on overdue trials stood at $1,052,779.

Goldacre draws similarities between the website he helped create and the requirements in many states and countries that mandate restaurants to post their “hygiene ratings” on the front door. AllTrials, an advocacy group founded by Goldacre, sends the FDA a weekly list of late reporters. His hope is to encourage the FDA to enforce the law.

Although companies and universities have been required to report trial results since 2008, sponsors and universities continue to flout the law without consequence. Studies have found that up to half of studies do not follow the rules, yet have never been penalized. Pacific Standard gives one example. In 2008 researchers found 94 percent of published clinical trials on antidepressants showed positive results. According to the FDA, half of all clinical trials on antidepressants fail.

A more recent study, published in March 2015 by The New England Journal of Medicine, found up to 45 percent of university- and government-funded trials did not report results as mandated by law. Around 20 percent of drug and device companies also failed to do so. But those numbers only cover trials that the law clearly states must report results. Loopholes allow some trials to not be reported. When looking at all trials, only 13 percent were found to be reporting results within a year. Therefore, if the loopholes are closed, non-compliance rates will rise even higher.

If the government won’t impose fees on sponsors and universities, will “trial shaming” these institutions give them an incentive to adhere to the law? That is what Goldacre and others are hoping.

The 72 percent reporting rate recorded in September 2017 was an improvement over the 58 percent compliance rate recorded in 2015. The increase is believed to be due to increased attention from congress and former Vice President Joe Biden, as well as “trial shaming” by sites such as TrialsTracker that make public the names of the worst offenders.

No company or organization wants to be embarrassed by being pointed out on a list of worst offenders, especially when the trials involve patients with cancer and other life-threatening diseases.

In December 2015, STAT published the results of an investigation into late reporters.  The report was damning for several institutions. Memorial Sloan Kettering Cancer Center had a 100 percent “Late” or “No Results” rate on 39 trials. The average trial was 651 days late. Eli Lilly had results of 66 of 139 trials reported late or not at all. For GSK the rate was 54 percent. The non-compliance rate for Stanford University was 95 percent on 82 trials, with the average trial late by 629 days.

Fining companies for non-compliance according to the law may be the push that is needed to force some to finally adhere to FDAAA. Until that happens, trial shaming may be the most effective incentive. When research highlighting the worst offenders becomes more public, and companies start to feel pressure from their stakeholders, some may actually work to ensure results are posted in a timely manner.