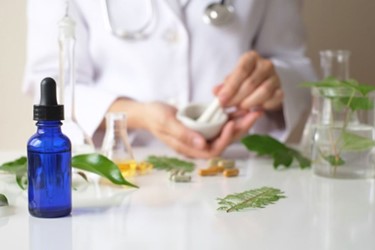 For researchers hoping to conduct clinical trials on cannabis-based products, the U.S. is not the most hospitable place. While other countries are legalizing the drug and conducting research on its possible medicinal uses, state and federal regulations on marijuana in the U.S. continue to stymie its use.

Providing some hope to those who would like to see more cannabis research is H.R. 5520, known as the VA Medicinal Cannabis Research Act of 2018. This bill would authorize the Secretary of Veterans Affairs to use the authority of the secretary to conduct and support research on the efficacy and safety of medicinal cannabis. The bill was introduced in April 2018 but has yet to pass in either the House or Senate.

One company that is moving forward with research on cannabinoids is Cannabics Pharmaceuticals. Cannabics is a U.S. company that has been around for about five years. Although the company is not conducting trials in the U.S., it is the first licensee in Israel (through a fully owned subsidiary) to perform R&D with cannabinoids.

“Worldwide, it is still a unique situation,” says Eyal Barad, CEO of Cannabics. “Some work with cannabinoids is getting underway in Canada. But in the U.S., it is still very difficult to do any cannabis research in any sort of government facility. For that reason, we began a study at a leading university in Israel that involved screening cancer cells and cannabinoids. In doing so, we found something very curious: Various combinations of cannabinoids affect cancer cells in different ways.”

Today, Cannabics has a patent in place on its high-throughput screening platform that allows the company to test many compounds on cancerous cell lines and tissues to measure the therapeutic effects. The research is being performed in a lab in Israel, and Barad feels fortunate to be in this position. Just a few years ago, he wouldn’t have dreamed of performing these studies and leading the research into cannabinoids and their impact on cancer tumors.

Cannabics already has completed a clinical trial focusing on the effects on cannabinoids on Cancer Anorexia Cachexia Syndrome (CACS) patients. For these patients suffering from anorexia, Cannabics hopes to improve appetite, increase weight, and reduce nausea while increasing overall wellbeing. The results were published in a press release dated 10/16/2018

Use CTCs As A Biomarker

The lab Cannabics has constructed in Israel can take many different samples of cancer cells and apply various combinations of cannabinoids to each of them at the same time. Researchers then analyze an image of those cells and analyze the biological response, mainly the rate of death of tumor cells, implying on the possible effectiveness of the cannabinoid compound.

The research basically comes down to making predictions. Scientists will examine the data and determine the impact of various combinations of cannabinoids on the cells. To make those predictions accurately, a very large data set is required.

Circulating tumor cells (CTCs) are one area of research for Cannabics. CTCs are present in the blood of many patients with solid tumors. Many of the cells eventually die in circulation. Although there is clinical value to using CTCs as a biomarker, the use of CTCs in clinical settings has been limited.

“Since a full cancer genome and transcriptome is present in each individual CTC, these cells represent an interesting source of tumor information where mutations can be found,” says Eyal Ballan, co-founder and CTO at Cannabics. “We are currently partnering with SIMFO, a CTC lab in Germany. We are taking CTCs from blood samples and examining the effects of cannabinoids upon them. Our cannabinoid sensitivity test will count the number of live and dead cancer cells after being exposed to cannabinoid compounds (such as THC or CBD). An ever-expanding database of results will later be able to predict treatment outcomes.”

Eventually, Ballan hopes to gain approval for these tests from the FDA. He notes once there is a body of data in place, some of this testing could even be done remotely. For example, data from a blood sample taken in California could be uploaded to the cloud and later examined by researchers in another country, with results provided just a day or two later. Longer term, Cannabics hopes to create personalized medicines tailored to different types of cancers and genetics of patients.

The U.S. Lags Behind

In the meantime, Barad hopes to see continued progress in moving towards more research on cannabinoids in the U.S. “I believe the U.S. government should downgrade marijuana from a schedule 1 drug,” says Barad. “This would definitely bring a lot of legitimacy to research on the drug and support the growing public acceptance of it. Schedule 1 drugs are defined by the government as those with a high potential for abuse and no currently accepted medical use. I think research is already proving this to be a drug with the potential to help many patients, including those with cancer. Downgrading it could bring in many more companies and increase clinical trials.”

For now, Barad sees endless opportunities for cannabis-based treatments coming out of Israel.  He is personally aware of companies using cannabis treatments to focus on brain tumors and Tourette Syndrome. Cannabics currently has a memorandum of understanding in place, and hopes to finalize an agreement shortly, that will involve helping patients in the ophthalmology space.

Still, research in the U.S. is practically at a standstill. Barad was recently in California and notes there are not just discrepancies between federal and state regulations, but differences even between counties in the same state.

“Different counties within the same state can put use restrictions in place, just like with alcohol,” says Barad. “The restrictions can be on everything from size or quantities to labeling and packaging. That means the U.S. is still a very complex market, not only between state and federal regulations, but even down to the various county lines. That makes things difficult from a business, manufacturing, and medical perspective.”

Other Countries Are More Attractive

The differing regulations certainly have an impact on the ability of companies to perform clinical trials on cannabis products in the U.S. Barad states that Cannabics Pharmaceuticals would not consider the U.S. as a country in which it would conduct research at this point. The company would instead look at countries that permit regulated medical cannabis. He has received calls from more cannabis-friendly governments, such as Cuba, Jamaica, Uruguay, and other places that are already prepared to conduct research and are far more congenial. He notes it is also more economical to perform trials in these countries.

Still, the lack of momentum towards less regulation in the U.S. does not discourage Barad. In fact, he remains optimistic about someday conducting trials here. He believes change is coming slowly and is advancing brick-by-brick, as more becomes known about the medical benefits of cannabinoids. He is encouraged by the recent FDA approval of a drug comprised of an active ingredient derived from marijuana. The drug (Epidiolex), produced by GW Pharmaceuticals, is used to treat patients with a rare and severe form of epilepsy. H.R. 5520 is another reason to feel hopeful

Barad believes many countries are now chipping away at prohibitive regulations. More states in the U.S. are making marijuana available for medical purposes, and Barad is optimistic about change occurring worldwide as well. Even in places like Asia, where there used to be opium wars, governments are now more open to the medical benefits of cannabinoids.

“This is a very exciting time to be involved in the cannabinoid space,” adds Barad. “We are performing real clinical studies and producing meaningful results. I look forward to the day when we can perform similar trials in other parts of the world, including the U.S.”