CEO Puts Focus Back On Epigenetics 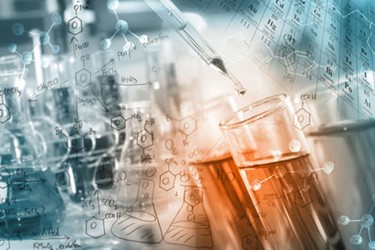 Jigar Raythatha has been immersed in the biotech industry his entire professional life. He studied biology as an undergrad student at Rutgers University before earning an MBA and entering the corporate world. He spent two decades in roles of increasing responsibility, eventually taking the reins at Constellation Pharmaceuticals after almost a five-year hiatus to lead a turn around.

Raythatha knew Constellation well, having once spent more than four years as the company’s head of corporate development. In that position, he headed up business development, strategy, and program and alliance management.

“Although I had been away from the company for almost five years, my passion and belief in the field – epigenetics – never waned,” he says. “But, when I returned, the company was not where it needed to be.

At the time of Raythatha’s return, the company was in a difficult place financially and its reputation had suffered a setback. Raythatha initially left Constellation after brokering a much-publicized three-year deal with a big pharma company that included a buyout option. With that deal in place, he expected that the company would have been acquired by its partner. Unfortunately, that did not happen. The company struggled to find its footing as an independent company and Raythatha wondered whether he was up for the challenge that lay ahead.

“In my heart I knew we had the opportunity to do something special,” says Raythatha. “For that reason, I seized the challenge. From my initial time at Constellation, I had developed a deep passion and belief in epigenetics, which is the science of turning the right genes “on” and “off” at the right time. I was still confident that Constellation could be successful in developing therapies for patients battling cancers associated with abnormal gene expression. When I rejoined the company as CEO in 2017, Constellation faced many challenges. It was in a crowded field, was deep in the research-only mindset, and did not have a clear vision for success.”

To get the company headed back in the right direction, Raythatha had two main objectives. He wanted to re-energize the company’s faith in its drug candidates, and he felt there was a need to repair and rebuild the industry perception of the field of epigenetics. While it had previously been viewed as a promising new angle of gene therapy, no one had mastered how to harness its power to develop therapeutics.

Raythatha’s first order of business was to take a deep dive into all of Constellation’s clinical programs and assess what the company was pursuing and, more importantly, why. What was the impetus for each drug development program? What patient populations was the company trying to serve? And how can it design clinical trials to get new drugs approved as quickly as possible?

Constellation developed a mission statement soon after he arrived, and Raythatha believes it was the turning point for the entire company. While the company had previously been focused on perfecting the science and retrofitting it for patients, Constellation’s new position was to build the science toward specific patient contexts where there was high unmet need. Unfortunately, doing so required the company to make the difficult decision of scrapping all the recent clinical development work.

“This was not an easy decision to make,” notes Raythatha. “This was work that employees had dedicated much time and effort to. But we recently set a goal to deliver a novel therapy to market within the next five years. In order to make that goal a reality, we had to be aligned in our efforts. After some frank discussions with the team, we agreed to move our existing programs in new directions and decided nothing new would enter clinical trials until we clearly demonstrated which subsets of cancer patients would benefit from it and why.”

While the decision was difficult, Raythatha found that his team shared the same passion for epigenetics that he did, and they were firmly on board with the new direction he set. The new mission of the company was to explore market opportunities within the epigenetics space.

Accomplishing the new goals would require a change in the company culture that existed at Constellation. Before he rejoined Constellation, Raythatha notes the company was quiet and inward-focused when it came to research and science. That made it difficult for the company to recruit, hire, and retain employees, even though its science was first-rate and  it was headquartered in the biotech epicenter of Cambridge, MA.

“I realized I had to be a hands-on leader to build relationships and make personal connections with employees,” says Raythatha. “From day one, I made it a priority to connect with all employees. I would also meet with employees in small groups at least twice a month to hear about their feedback and offer my honest views on our challenges. I believe they appreciated the open door and communication atmosphere we created. We also embraced the things that made Constellation a fun place to work and began broadcasting it on social media platforms like LinkedIn, Instagram, and Facebook.  It was a simple change, but Constellation soon became a place where people looked forward to coming to work every day”

Raythatha also felt it was important to support the community in which his company operated. For that reason, he opted to expand the company’s support of several philanthropic events and organizations. One of those is Life Science Cares, a collective effort of the life sciences industry to eliminate the impact of poverty in the greater Boston area. He learned from employees that they enjoy giving back to the community and helping others. This effort proved to boost morale and encouraged employees to be more giving to each other as they worked to deliver on the company’s mission of improving outcomes for cancer patients.

With the company’s new vision and renewed energy, Raythatha felt it was time to find the financial support necessary to move forward in the epigenetics space. The first order of business would be education. He needed to overcome the myth that there had not been any success stories in epigenetics field to date. He noted that previous efforts in epigenetics were undertaken with less specific molecules without a clear patient population in mind from the start.

“It seemed the focus had been on non-specific agents which resulted in toxicities and/or less antitumor activity,” says Raythatha. “We had to put the spotlight on more specific inhibitors and link their activity to specific groups of patients. By undertaking this educational narrative, we have been able to raise more than $220 million in the last two and a half years, which includes proceeds from taking the company public last summer.”

Thus far, the efforts have been successful. The financings have provided Constellation with the cash it needed to complete proof of concept studies for its lead development programs.  Multiple clinical readouts are expected later this year. The company had a goal of getting a therapeutic registered in five years, and Raythatha notes that the company is on track to deliver. Therapies for myelofibrosis and metastatic castration-resistant prostate cancer (mCRPC) are in Phase 2 trials. Another therapy for solid tumors is in Phase 1 testing.

“Looking back at my journey, I would say that connecting with people so that you can have honest – sometimes tough – conversations is integral in turning around a company,” adds Raythatha. “Our ability to do this has also made Constellation a place where employees feel proud to go every day.”