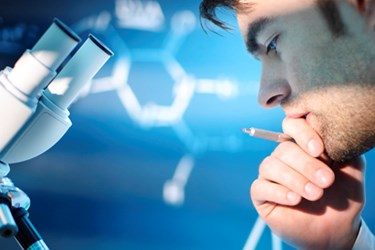 The participation rate in clinical trials is disappointingly low. Companies with promising medicines continue to struggle to get patients involved in trials. Even with the advent of the Internet, social media, and patient advocacy groups, the participation rate of patients in clinical trials hovers between 3 percent and 5 percent. Efforts to make patients more aware of trials may hold promise. Mobile technologies currently hitting the market may also help both recruitment and retention.

But what if patients are well aware of trials and the benefits they provide, but still choose to not participate? Obviously some effort must be made to determine why patients are opting to forego participation.

It should come as no surprise to anyone reading this article that there are some patients who clearly do not have a positive opinion of clinical trials. Patients do talk to each other. If a patient has a negative experience with a trial, you can bet that it will be quickly shared with others. The negative perceptions could result from many things, including a bad experience with the medicine, inconvenience posed by the trial, or even a lack of shared information.

I recently became aware of how important information can be to participants in a trial. An article in the Clinical Leader newsletter solicited a rather scathing response from one reader regarding his own experience. He felt he was not properly communicated with throughout the trial, by either the sponsor company or the CRO. I’m sure this in some way left him feeling unappreciated and like a number in a database. But his bigger gripe was with the information that was not shared with him after the trial. He was not made aware of the results of the trial. After repeated requests, he was also unable to determine whether he received the actual drug or the placebo. He made it clear he would never participate in another clinical trial, which is also the advice he now shares with other patients.

For an industry trying to increase participation in trials, this is certainly not the kind of feedback we want circulating within the patient community.  There is currently no standard protocol in the industry regarding the sharing of trial information. According to David Shoemaker, SVP of R&D at contract research firm Rho, the decision of whether or not to share trial results would depend on a number of factors, one of the primary criteria being the competitiveness of the field. A failed trial would most certainly be viewed negatively by the investment community but perhaps favorably by competitors. Controversial findings might also create problems were the results made public through release of information to the patient community.

Generally, trial information would not be shared until the drug is approved, and even then the information would be limited. If contacted by a participant, a sponsor company might be willing to share information, provided the sponsor perceived no liability issues associated with the action.

Furthermore, since most clinical trial data is anonymized, it would be difficult and costly for sponsors to provide drug versus placebo information to individual participants. There could also be legal issues (i.e. potential liability) that might arise from releasing this information.

In the European Union (EU), pending legislation might soon make the results of trials available to all EU citizens, in easily understandable language, via a new public registry. The change was made possible via the efforts of European lawmakers. Now the Center for Information and Study on Clinical Trials (CISCRP) is pushing U.S. lawmakers to make similar changes her in the U.S.

CISCRP has submitted a petition letter to the FDA urging the agency to ensure trial results are made available to patients. The petition, signed by hundreds of patients, asks the agency to address this unmet need by ensuring study volunteers receive the results of their clinical trials directly and in non-technical language. The letter, a response to a March article on compliance with ClinicalTrials.gov reporting requirements, was penned by Zachary Hallinan and Kenneth Getz of CISCRP along with Barbara Bierer of the Multi-Regional Clinical Trials Center at Harvard University.

"For nearly thirty years, researchers have been repeatedly documenting that clinical trial volunteers want and expect to be told what was learned as a result of their participation,” states the letter. “Thanks to the efforts of European lawmakers, summaries of trial results will soon be available in everyday language to all EU citizens through a public registry, and it is clear that we must do no less for the millions of Americans who give the gift of their participation in clinical research.”

There is no question that the need for this information exists, as evidenced by the comments of the clinical trial participant noted earlier. Seventy-seven percent of trial participants are never told the results of a trial, despite the fact that 72 percent of those participants believe it is a very important issue to address. Some potential participants might even insist they be notified of the results after the trial, so as to understand how they might be impacted by it. A refusal to do so could drive them away, leaving trials with only those patients participating for truly altruistic reasons.

Regardless of the outcome, CISCRP should be applauded for its efforts to make the industry more transparent. Unfortunately, the problems that currently exist regarding the release of information will not go away and will still need to be addressed. According to Shoemaker, the end result might very well be a plain vanilla summary of trial results for participants. By the time legal groups get done editing the results, it’s hard to believe they would contain much more substance. Still, most trial patients would likely view even that limited amount of information as better than nothing. CISCRP already has the support of PhRMA and EFPIA (European Federation of Pharmaceutical Industries and Associations), as well as a number of sponsor companies. Hopefully they can get the FDA on their team as well.