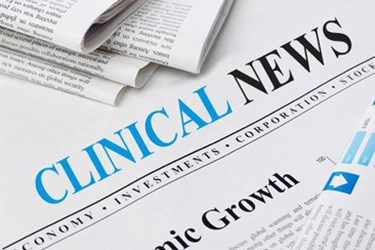 Cancer treatment in humans could be transformed thanks to a study on treating cancer in animals led by researchers from the Ontario Veterinary College (OVC) at the University of Guelph. Medical Xpress reports the findings in mice and companion animals, such as cats, are already leading to clinical trials to treat people with various forms of cancer.

The researchers found that injecting oncolytic viruses (viruses that target cancer cells) intravenously into the spleen allows immune responses to be boosted more rapidly and to higher magnitudes than traditional vaccine methods. Typically, physicians need to wait weeks or months to administer a booster vaccine, with the down time being potentially fatal.

The researchers from Guelph and McMaster University conducted the tests in mice and in cats brought to the OVC Animal Cancer Centre. Trials on dogs should begin within the next year. Under traditional treatment options, the tumors grew and mice died. Once the researchers started injecting the viruses directly into the spleen, the tumors disappeared.

For the first time, people living with T1D will be able to visit JDRF's website and use a tool called “Clinical Trial Connection” (powered by TrialReach Match). Users will be able to quickly and easily be matched to the clinical trials they may be eligible for by answering questions about their condition. The goal is for this new, free tool to accelerate the development of new treatments and potential cures by dramatically increasing the number of people taking part in T1D research.

"In medicine, nothing can proceed to the best possible outcome if information exists but can't be found by people in need,” says Dave deBronkart, Patient Perspectives Advisor for TrialReach. “So many options have been hidden from patient view about clinical trials, which has hindered research and stopped patients from exploring all options. This new interface shows what smart software can achieve when it's designed with the patient in mind.”

Heart failure is a major killer, affecting well over a million people in the U.K. alone. According to The Conversation, we now have over 20 years' worth of evidence from clinical trials showing strong benefits for a package treatment involving drugs, devices, and patient care. Unfortunately, doctors are not acting on the findings.

The article notes this is just one example of a major problem in healthcare systems around the world. Billions of pounds are spent each year researching clinical treatments, but a staggering 85 percent of all research ends up not being put into practice. Even more unfortunate, much of it is passed over for reasons that could be avoided. Even when research findings are taken up by clinicians and those in charge of health policy, the average delay between publication and practice is 17 years.

For example, research into a new care package for chronic kidney disease was shown to be effective, but it has not been implemented by general physicians because they are struggling to prioritize it over other conditions and competing demands.

Many specialists believe the answer is to run separate studies alongside clinical trials that aim to understand their context, their processes, and all relevant variables that come into play. These are expensive, though not prohibitively so, and work is being done to make them cheaper. The U.K. Medical Research Council last year published guidance on how such studies should be conducted.

Medical Economics is reporting a research team at Oregon Health & Science University’s (OHSU) Vaccine and Gene Therapy Institute has developed a vaccine that may be able to reprogram immune cells to combat early HIV infection.

The vaccine is based on cytomegalovirus, which has been engineered to carry a protein that mimics one found in the HIV virus. Cytomegalovirus is a common virus that is often asymptomatic in those it infects, but keeps the immune system on “high alert,” according to Marcel Curlin, MD, an infectious disease specialist at OHSU who has been working on the vaccine.

By using a weakened version of the cytomegalovirus programmed with bits of HIV-like genetic material, the research team has been able to initiate never-before-seen immune reactions that train killer T-cells to identify cells infected with HIV.

Mesothelioma Help reports The JAVELIN clinical trial, with an anticipated completion date of May 2018, is attempting to determine the safety, tolerability, and appropriate dosage of avelumab for cancer patients. Avelumab, also known as MSB0010718C, is an investigational immunotherapy drug that targets the PD-L1 protein. The drug works by blocking signals from PD-L1 tumors and activating the immune system, allowing it to take over and attack and kill cancer cells. Merck KGaA and Pfizer have formed a strategic alliance to co-develop and co-commercialize the drug.

At the 2016 ASCO (American Society of Clinical Oncology) annual meeting in Chicago, Dr. Raffit Hassan of the National Cancer Institute reported the key findings in the mesothelioma population including: the disease control rate of 56.6 percent; the median progression-free survival (PFS) was 17.1 weeks; at 24 weeks, the PFS rate was 38.4 percent. Among the 14 PD-L1–positive patients, PFS was 17.1 weeks compared to 7.4 weeks in the PD-L1–negative patients. The drug was generally well tolerated. The patients were not tested for PD-L1 prior to acceptance into the trial.

Scientists’ understanding of the genetic roots of breast cancer is based largely on research conducted in women of European ancestry. That knowledge does little to help explain why African-American women with the disease are more likely to be diagnosed at younger ages and with more aggressive tumors than their white counterparts. They also die of breast cancer at higher rates.

“We’ve had a revolution in genetic testing over the past 10 years,” said the study’s senior investigator, Laura Jean Bierut, MD, the Alumni Endowed Professor of Psychiatry. “We’ve been able to identify many gene variants that contribute to a variety of cancers, including breast cancer. But as you examine the data, you realize most of these studies have been done in populations of European ancestry and that we don’t understand very much about the genetic causes of cancer in other populations, particularly in African-American women.”