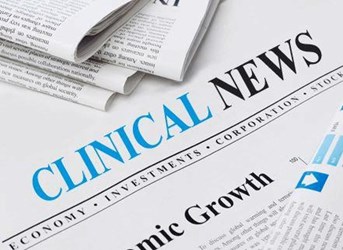 In January, one man died and four others were seriously injured when a clinical trial went awry in France. Now, the company that ran the study has opened a research facility in Newark, N.J.

Biotrial conducts clinical trials on behalf of pharmaceutical and biotech companies. Most are Phase 1 trials, in which an experimental drug is tried in a small group of human volunteers to make a preliminary assessment of its safety before the drug moves on to larger human studies to further evaluate safety and also its effectiveness in treating an illness. The company began conducting trials at the new $30 million facility a few months ago. It has already completed four trials and there are plans or discussions about 20 more.

An announcement Friday from the company said that the new facility would be able to conduct up to 50 phase 1 trials a year, involving as many as 2,000 volunteers. With 110 hospital beds, the facility is just slightly smaller than the company's phase 1 research center in Rennes, which Biotrial says is considered Europe's largest.

A series of measures to make Australia a more attractive place for conducting research and development, clinical trials, and commercialization have been outlined in a speech at the Medical Technology Association Australia (MTAA) National Conference.

Bill Ferris, who chairs the government’s Innovation and Science Australia (ISA) board, gave the opening address at the event outlining the blueprint for a stronger Australian MedTech industry. According to Ferris, facilitation, collaboration, and coordination were the three themes underpinning ISA’s strategy to anchor innovation in Australia. The group advises government on all science, research, and innovation matters and has a role in helping to implement the government’s package of 24 measures that are outlined in the National Innovation and Science Agenda to stimulate this sector.

In terms of facilitation, Australia has state and national commercialization programs to help promising products reach the market, while review of regulation and recommendations on greater flexibility in approval pathways are also expected to help facilitate a stronger sector.

Ferris believes coordination is key to making Australia a more attractive place for clinical trials. “Ten years ago, Australia was a preferred clinical trials destination ahead of the U.S., the U.K., Germany, Japan, Singapore and India,” he says. “Average costs of clinical trials were low, the total amount of clinical trials taking place on a per-capita basis were high and a considerable percentage of clinical trials were being completed within the allocated time. Competition from Asia has since grown, as have trial costs – in part due to the strengthening dollar, and duplication and differing requirements between the various states and institutions are impacting heavily on our ability to meet sponsors’ expectations.”

A new model for cancer clinical trials has been launched for patients with pancreatic cancer, one of the most deadly types. Called “Precision Promise,” this nationwide precision-medicine endeavor seeks to turn the concept of clinical trials on its head. Rather than finding participants for a given experimental treatment study, the approach finds the right treatment for a given patient at a given time.

According to Dr. Sunil Hingorani, a pancreatic cancer physician-scientist at Fred Hutchinson Cancer Research Center and principal investigator for one of Precision Promise’s initial 12 sites, this effort hopes to offer a better way to treat patients with experimental therapies. Hingorani is also a member of Precision Promise’s eight-member nationwide executive committee.

“This is driven by doing what is best for the individual patient, and that is the most important thing,” he says. “For the first time, in a very real sense, we are going to be working with the patients to tackle this disease together.”

Precision Promise, which expects to enroll its first participants in the spring of 2017, is a clinical trial, but its design is a departure from that of traditional trials. The Precision Promise trial creates a fluid structure through which participants can transition in and out of numerous sub studies of various experimental treatment approaches, depending on their tumor’s unique and shifting biology.

Despite the fact that breast cancer is the most common and deadly cancer among Hispanic women, little is known about the types of breast cancer Hispanics are likely to get or how they react to treatments. That’s because few Hispanic patients agree to participate in research and clinical trials, which prevents doctors from determining if treatments are effective for Hispanics, or if they’re more or less likely to experience abnormal side effects.

Dr. Virginia Kaklamani, who heads the breast cancer program at the Cancer Therapy and Research Center at the University of Texas Health Science Center, said sometimes a patient’s race or ethnicity can have a big impact on how they react to medication. Without higher participation rates among Hispanic women, Kaklamani said, “we can’t improve our treatments for breast cancer, and we can’t improve our cure rates for Hispanic women.”

In 2011, Hispanics made up only 1 percent of all clinical trial participants nationwide, according to the Food and Drug Administration. Amelie Ramirez, director of the Institute for Health Promotion Research at UTHSC, said Hispanic patients tend to be hesitant to join clinical trials because they lack information about what it means to participate in one.

UMass Medical School physician-scientist Kevin Donahue, MD, is running two federally funded studies of gene therapy for atrial fibrillation. “As a clinician, I have always wanted to work on something that is a big burden on patients,” said Dr. Donahue, professor of medicine and director of electrophysiology research. “With atrial fibrillation affecting 10 to 20 percent of individuals in their 70s and 80s, the work could have value to a broad swath of patients.”

At least 2.7 million Americans are living with atrial fibrillation, making it the most common type of irregular heartbeat. Caused by a disorder in the heart's electrical system, atrial fibrillation can lead to blood clots, stroke, heart failure and other heart-related complications.

With a four-year, $2.9 million grant from the National Heart, Lung and Blood Institute, Donahue is testing extended therapy with an adeno-associated virus vector already shown to have short term effects on atrial fibrillation in order to keep its therapeutic effects going long-term. His lab will further look at a combination of different genes that preliminary data show works better than one alone.

“The goal of the grant is not just to prevent the fibrillation, which we can do now in the experimental lab, but to try to reverse some of the structural defects that result from the heart failure, high blood pressure, heart attacks—the things that leave people predisposed to atrial fibrillation,” said Donahue. “We might as well shoot for the moon and try to make the atria normal again.”