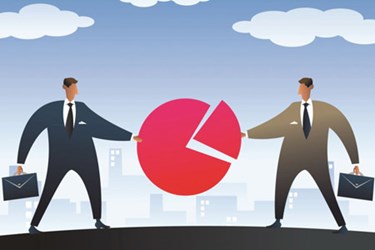 You often hear that this is a good time to be in the pharma industry. I think that is especially true of the clinical trial sector. Despite the onslaught of bad press pharma is receiving by both politicians and the general public, advancements in oncology and other serious diseases, coupled with the focus on precision medicine, new technologies, and mergers, will make the next few years an exciting time for the life sciences.

The researchers at ISR Reports seem to agree. A recent report titled 2016 CRO Market Size Projections 2015-2020, paints an exciting and eventful future for the clinical trials market. This market has certainly been one of the best performing of late. In 2015, while the DJIA was down around 10 percent, clinical companies like PRA Health (up 78 percent), INC Research (up 64 percent) ICON (up 19 percent), Quintiles (up 6 percent), and PAREXEL (up 2 percent), all had great years. The reason for the showing should be no surprise to anyone in the pharma outsourcing space: the demand for their services continues to increase.

The report notes that pharma continues to outsource more of their clinical development work across a broad range of services to providers of all sizes. Although ISR in its 2015 report noted R&D spending on small molecule would decrease in the period from 2015 to 2020, it has now revised that prediction based on venture capital firms investing in small biopharma companies, as well as the propensity of large pharmaceutical companies to make acquisitions to expand their pipelines.

The investments are certainly significant. Pricewaterhouse Coopers notes the biopharma space has seen around 490 VC deals per year since 2010. From 2010 to 2013, those deals have averaged around $4.4 billion annually. In 2014 and 2015, total investment soared to $6.3 and $7.4 billion respectively, with the average value per deal increasing from $9 million in the period from 2010 to 2013 to $14.4 million in the period from 2014 to 2015. Clearly, this activity in the investment space continues to look strong for the foreseeable future.

What will continue to drive revenue for CROs going forward are pharma companies continuing to outsource. While mergers in the biopharma space will certainly have an impact on the CROs affected by the merger, ISR does not believe there will be a lasting macro impact on the firms as a whole. If the CRO market continues to grow, there may also be an impact for the public CROs, which may experience a slight drop in market share.

In gathering information for its report, ISR starts by gathering R&D spending information. For the forecast period 2015 to 2020, that spending is expected to increase from $262.9 billion to $303.7 billion, an increase of 15.5 percent. While that spending is projected to increase by single digits in both large and small pharma companies, large biotech, small biotech, and government is expected to see growth in R&D spending of over 20 percent for the period. More modest growth of 15 to 16 percent is expected in generic/specialty drug companies and academic institutions. In 2016 35 percent of R&D expenditures are expected to come from pharma, 25 percent from government, and 15 percent from both biotech and academia, with the remaining categories each accounting for less than 6 percent.

The 2016 report also includes information on geographic assessment, service-line assessment, development Phase I to IV assessment, and much more.

A complete copy of the report, which costs $500 for a single-user license, can be obtained by calling 919-301-0106 or by emailing ISR Reports at info@isrreports.com. ISR (Industry Standard Research) is a full-service market research provider to the pharma and pharma services industries. For more information on the company or any of its reports, you can also visit www.isrreports.com.