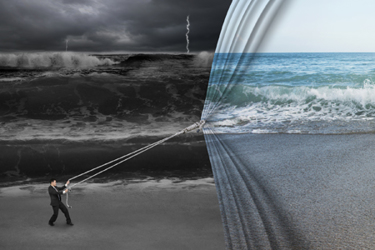 The last few years have not been easy for sites involved with conducting clinical research. The onset of the pandemic in 2020 created numerous challenges, including the implementation of new technologies and operating models, the leveraging of remote staff, and virtual facilities. But the challenges do not end there. Inflation that has resulted in higher costs, staff shortages, recruitment, patient diversity, and greater protocol complexity are all adding to the headaches experienced by site personnel.

Despite the ongoing challenges, a new report from the Tufts Center for the Study of Drug Development finds global sites remain optimistic about the future of clinical trials. The survey targeted part-time community sites, clinical trial offices within clinical care settings, and low-volume dedicated sites. These are entities that comprise the majority of research centers supporting trials but whose voices are often overlooked.

The results of the survey are interesting. Let’s start with the fact that 70% of investigative site staff believe conducting clinical trials has become much more difficult over the last five years. Staffing, study budgets, and protocol complexity were identified as top areas that have gotten worse. Despite these challenges, sites remain upbeat. In fact, 80% of staff at investigative sites are somewhat or very optimistic about the future operating environment for trials. Administrative staff, including operations managers, financial administrators, and site managers, are more optimistic than clinical staff (investigators and coordinators).

Study start-up activities were the main area of concern. Budgets and contracts were cited as a main area of concern by 28% of respondents, while another 23% noted study initiation. Complexity impacting protocol execution and issues surrounding patient recruitment and retention were also top concerns, cited by 29% and 18% of respondents. The implementation of new technologies was noted as a concern by just 15% of respondents. In fact, 14% of those responding to the survey noted many technologies have become easier to implement.

When it comes to the decision by sites over whether to participate in a trial, there are several factors that sites will consider. At the top of the list is the availability of patients, which was cited by 83% of respondents. That was followed by the scientific value of the study (78%), adequacy of the budget to cover time, effort, and cost of the trial (75%), the current workload and capacity of site staff (74%) and protocol execution burden (70%).

How To Enhance Participation

If you’re looking for ways to enhance patient participation in your trials, sites have some advice on how to do that. The top two enhancements cited in the survey are debit cards for patient expense reimbursement (58%) and transportation assistance (55%). Remote and telehealth visits, home health visits, and pharmacy-based study visits were also cited by at least one-quarter of respondents.

Site personnel completing the survey also had some advice for sponsor companies wanting to be a better partner for sites. When asked about the top areas sponsors need to address, almost 70% of respondents mentioned study budgets that reflect true work effort. Other areas sponsors should improve upon include ensuring CRAs and study monitors are better qualified (54%), simplifying protocol complexity (47%), soliciting site input on study design and implementation (46%), and increasing patient recruitment and retention support services (41%).

The survey also found that site optimism is significantly associated with the degree to which staff feels sponsors seek out, value, and apply site feedback, especially when it comes to study design, planning, and execution. Sites that agreed with statements regarding sponsor efforts to solicit and apply feedback were three to four times more likely to have an optimistic view of the future.

The results of this study were based on a survey conducted between October and December 2022. There was a total of 205 complete responses. Two-thirds of respondents were based in North America, 16% in Europe, and 15% in other parts of the world.