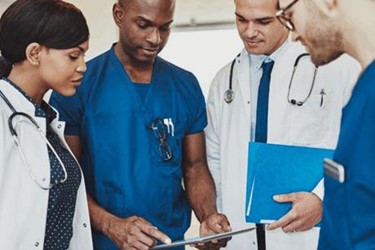 BioPharm Insight (BPI) released its Contract Research Organization (CRO) Report for the third quarter of 2016. Based on the results, PRA Health Science, INC Research, Covance, and several sponsors all have reason to celebrate their trial activity. However, based on the study’s bad news around personnel, the celebration might be short lived.

First the bad news. Anyone involved with clinical trials knows a continuing and growing problem in the industry is the lack of qualified clinical research staff. The BPI report acknowledges this trend, noting the staff shortage is a “growing plague to the CRO industry which will need to be addressed in order to ease liabilities.”

In fact, according to experts interviewed for the report, as the volume of clinical trials increases, the understaffing issue is likely to get worse. Although there seems to be no clear immediate fix, there are actions the industry can take to at least partially alleviate training gaps.

John Lewis, spokesperson for the Association of Clinical Research Organizations (ACRO) notes the greatest global shortage is for clinical trial associate (CTA) and clinical research associate (CRA) roles. Another expert notes the crisis has been brewing for more than 10 years, with neither pharma nor CROs providing enough skills training for graduates to meet the industry’s research needs. The practice of pharma training large numbers of recent grads ended 10 to 15 years ago when outsourcing began to boom. Today, more than 80 percent of clinical research staff work for CROs, according to Jim Kremidas, executive director of the Association of Clinical Research Professionals (ACRP).

Unfortunately, this has also created a perfect storm of conditions leading to the shortage. With pharma outsourcing its trials, the industry is no longer supplying training. But with CRO margins dropping over the last five years, they can no longer afford to train clinical researchers. A more serious problem for CROs is that even if they invest in training their employees, those trained individuals are often poached by rival companies. Kremidas believes the industry needs to create a standard pathway into clinical research, since current ad hoc training and inconsistent routes do nothing to raise the quality of research.

Regardless of the solution, failing to correct the problem will lead to trial delays, higher costs, and patients waiting longer to get needed medicines. One source, from a site management organization in the UK, notes the shortage is already slowing trial enrollment times and preventing access to patients. Even those studies that recruit a large number of patients are not enrolling them in a timely manner because of the lack of trained staff.

Freelancing Adds To The Problem

One additional trend adding to the problem is the CRO shift to employing a larger number of freelance staff. Unfortunately, those individuals often do not invest in their own training and development. Freelancers are also more expensive to hire, which adds to the escalating cost of drug development. As pharma companies bring more studies in-house to regain control of drug research, they find themselves competing with CROs for needed talent, which further drives up personnel costs, creating a catch-22 situation. If pharma cannot afford the higher salaries, it may have to resort to hiring less experienced staff.

Training opportunities are certainly available for those CRAs who wish to take advantage of them. ACRP is also working with a cross-industry task force, which includes ACRO, Pfizer, and Celgene, to develop CRA competencies that can be accepted on service level agreements (SLAs) in lieu of years of experience. Subject areas include regulatory, trial operations, and informatics.

Regardless of the approach to alleviating the problem, progress will be slow. Most training programs will take years to bear fruit. At the same time, staffing company IMS Recruitment expects 10 to 20 percent of clinical staff will retire in the next 10 years, and schools are currently not producing enough fresh graduates to replace them.

In addition to the personnel data, the quarterly report offers in-depth analysis of data for the CRO industry categorized by geography, therapeutic area, and phases of development. According to the report, PRA remained the most active CRO during the quarter with eight new clinical studies. Still, that figure was 12 less than the company posted during the same quarter in 2015. INC Research moved up to tie for the top spot with PRA, while Covance overtook inVentiv Health to round out the top three.

Rounding out the top 10, in order, were PAREXEL (6 new studies), Advanced Clinical Research Services (5 new studies), Medpace and inVentiv (each with 4 new studies), and PPD, Quintiles, and Celerion (all registering 3 new studies).

Across all regions of the U.S., cancer-related trials led all other therapeutic areas with the most trials started or scheduled to start in the third quarter. With 827 trials, oncology posted a large gain over the 671 posted for the same quarter in 2015. Central nervous system trials held the second spot with 364, an increase of 16 over the third quarter of 2015. Trials for hormonal systems held the third spot with 267 while infectious diseases was in fourth with 237, an increase of 8 over a year ago. Cardiovascular, immune system, musculoskeletal, pain, hematological, and genitourinary trials rounded out the top 10.

In the oncology arena, general cancer had the most trials initiated with close to 450, and increase of almost 100 over the same period in 2015. That was followed by breast cancer, chemotherapy-related, solid tumors, and lymphoma, all with less than 100 trials.

When looking at regions, California demonstrated the highest clinical trial activity, although the number of studies conducted there dropped from 344 in the third quarter of 2015 to 228 in 2016. Following in second and third, to no surprise, were Texas and Florida. Both states also recorded a drop in the number of studies compared to the same quarter in 2015.

Germany was the top country in Europe conducting trials, followed by France and the U.K. All three countries also recorded a drop in the number of trials as compared to the third quarter of 2015. Outside the U.S. and Europe, Japan was the most active country for trials, overtaking China which led in the third quarter of 2015. Japan started or was scheduled to start 296 trials, compared to 247 for China and 172 for Australia.