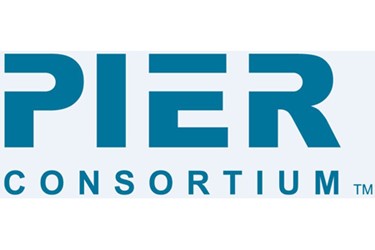 The concept for creating a world-class, collaborative clinical research network for regional health institutions started with president and CEO Steve Klasko’s arrival at Jefferson Health in 2013. Under the direction of Dr. David Whellan, Jefferson Health became one of six founding members that made the vision a reality. On March 1, 2018, the Partners in Innovation, Education, and Research Consortium™ (PIER) became an LLC in the State of Delaware. The other five founding members of PIER include the Atlantic Health System, Drexel University, Einstein Healthcare Network, Geisinger Health System, and Main Line Health.

By eliminating challenges that impede innovation, PIER will provide researchers and sponsors a centralized, service-line approach promoting the development, implementation, and management of clinical research.  PIER provides a unique opportunity, not only to Members but to future partners by increasing the collective group’s competitive advantage.

Dr. David Whellan is the senior associate provost for clinical research at Thomas Jefferson University. He is a cardiologist by trade as well as a clinical investigator, performing research in heart failure. For that reason, he is all too familiar with the challenges that exist in clinical trials. 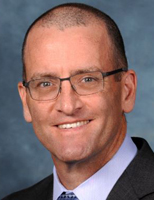 Whellan is serving as the Chief Operating Officer of PIER. “There are six medical colleges in the Philadelphia metro area performing clinical trials,” says Whellan. The Kaiser Permanente system is an example of a successful network. There are also clinical trial networks that are funded through the NIH that unite different health systems focused on specific diseases. Healthcare costs continue to increase, as does the cost of performing clinical research. In any business, costs can be classified as either fixed or variable. The same is true in clinical research. The variable costs are those that are specific to a trial or the protocol. But other costs are fixed and are always present, regardless of the trial type.

“Some of those fixed costs are basic business operations such as contracting, budgeting, and invoicing,” states Whellan. “Some of them relate to regulatory requirements and tasks relating to Institutional Review Boards (IRBs). You also have things like ensuring your research personnel and investigators are properly trained. We felt with a consortium we could work together to lower those costs within all of the participating health systems.”

Removing Inefficiencies for Patients and Sponsors

Aside from cost reductions, the founders of PIER also felt there were inefficiencies inherent in clinical trials that could be mitigated. When a sponsor company attempts to initiate a trial, lag times can cause delays, higher costs, and a longer timeline to FDA approval. By bringing together several health systems under one umbrella, it is believed that many of those bottlenecks could be mitigated or eliminated.

“The most important consideration was our patients,” says Whellan. “In thinking about our communities and patients, we really wanted to do more to make clinical trials available to them. Not just at one or two sites, but across an entire health system. That was an important consideration for us. We wanted to create a structure that presented as many opportunities as possible for our patients while also engaging sponsors to bring more studies to those communities. We also felt a consortium would make our member trials more attractive to the patient advocacy groups we work with.”

As part of researching the benefits of a consortium, PIER did not want to rely solely on their own insights. For that reason, they reached out to sponsor partners to get their feedback as well. The goal was to learn about their challenges and the value they hoped to gain from the effort. Not surprisingly, all mentioned similar challenges, including contracts, site activation, and patient recruitment. Shortly thereafter, PIER was formed to address these challenges.

One thing that was decided early on was that the consortium would not be based within one of the partnering members. The decision was made to make PIER a separate nonprofit LLC. All consortium members now share in the governance and oversight of the organization. There is also shared decision-making around the operations of the group so as to work together in a truly collaborative fashion. Members participate actively on the board and in the management of the organization. Policies and procedures were jointly developed by members.

“This will certainly create some challenges for us,” says Whellan. “It’s always much easier to govern when you opt to dictate rather than be democratic in your approach. We want this collaboration to last in the long run and believe this structure will best enable it to survive and be successful.”

With the consortium in place, contracts, budgeting, and regulatory activities can all be performed through a single entity. That means participating members will not have to devote personnel and time to supporting those activities. The consortium also allows sponsors to engage all the members within the Consortium without having to contract and negotiate with each one individually.

“This also creates a great efficiency for sponsors,” says Whellan. “One major challenge for sponsors is site activation. When using different sites, sponsors must negotiate with multiple legal teams. That creates a challenging workload for their legal staff and can delay the start of a trial. PIER can now negotiate those agreements on behalf of the members. They negotiate the contracts and work with a central IRB to speed the entire process.”

PIER has been structured in a way that will enable it to grow and add new members in the future. The Consortium has already been approached by several organizations in both Pennsylvania and New Jersey. Sometime next year, the consortium will begin the process of identifying and validating those prospective members.

“Our hope is that as we move forward the startup costs will be lower,” notes Whellan. “The consortium is a nonprofit organization, as is all of its members. Any funds left over after expenses will be used to acquire additional resources and infrastructure for the consortium or will fund investigator-initiated trials and pilot studies for our investigators. Funds can also be used for training and education.”

With the six members, the consortium already has a broad array of therapeutic expertise. If the Consortium is approached with a particular study protocol, each member could then identify an investigator and screen de-identified electronic health records to determine if they have a sufficient patient population to meet the enrollment targets. Longer term, the consortium is evaluating the possibility of creating a centralized data warehouse that could further expedite the patient recruitment process by allowing the PIER Central Office (PCO) to assist with recruitment.

One of the challenges pharma faces in performing trials is finding qualified investigators.  In addition to staffing and time requirements, workload balance and data and safety reporting requirements are daunting. Consortiums like PIER aim to minimize the impediments to conducting clinical research.

“We are aware of the challenges that exist for investigators,” says Whellan. “The one-and-done issue is due to all the frustrations investigators face when doing studies. By taking on the contract and budgeting paperwork, as well as handling site reimbursement, the consortium will take away many of those frustrations. For investigators who are new to clinical trials, we can also help them understand the processes and procedures around performing clinical research. But, even more importantly, we will be able to keep investigators engaged and enthusiastic about clinical research. Clinical research brings diversity to an investigator’s professional career. Our hope is that we will make it easier for them to participate.”