Could Amazon Revolutionize The Patient Experience In Clinical Trials? 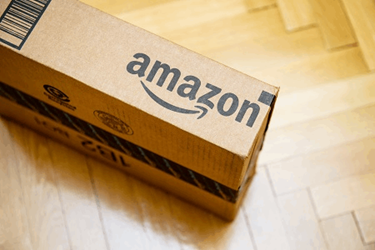 Amazon caught everyone by surprise when it bid $14 billion for Whole Foods, a chain of 400 upscale retail grocery stores, that was barely profitable.1 Wall Street is wondering what’s next on Amazon’s shopping list, and pharmaceuticals may be a leading contender.2 Pharmaceutical companies have robust earnings and profit margins.3 In 2015, an estimated $300 billion was spent on prescription drugs.4 If Amazon is shopping for long-term growth, strong margins, and global markets, and is willing to invest several billion, then pharma companies are the best prescription for global domination.

Clinical trials in development are all about patients. A patient-centric approach is to design clinical trials from the patients’ perspective. Patient screening can be reduced or eliminated if medical records can be accessed to validate baseline diagnoses and medical conditions. Patients’ electronic health records (EHRs) can be accessible via application program interface (API) to external systems. Epic, a market leader in EHR, routinely shares health data with insurers and payers.6 Patient EHR transfers routinely occur from hospitals and payers. A patient-centric EHR blockchain — a network of computers that stores identical encrypted medical records — can serve patients by protecting patient privacy against corruption because duplicates are permanently stored on the network and encrypted. Patients can have direct control over their EHR and grant access to their medical histories for clinical trials. Medical histories can qualify patients to participate in clinical trials based on protocol indication, standard of care and proximity to investigators.

When a critical mass of patient EHRs is aggregated in the AWS blockchain, data lakes can be formed and mined with analytical and deep learning tools to more quickly identify disease patterns, aging trends, and effective treatment models. Unlike common data warehouses limitations, data lakes can be more expansive and not limited to data structure imposed by data warehouse constraints. Anonymized patient data can be more accessible to academic research studying aging demographics, disease prevention, and public health issues between and among developing countries.

Probably the biggest benefit Amazon could offer to pharma is the ability to quickly identify many qualified patients for clinical trials. A related press release from Evidation Health, a Silicon Valley digital health startup, caught my attention — it reported that Evidation and its collaborator the American Sleep Apnea Association (ASAA) had enrolled a staggering 1,000 participants in the first 24 hours for the Sleep Health Web Study.7

Amazon is excellent at profiling its Prime members’ preferences. Assuming Prime members also participate in Amazon’s patient network (i.e., EHR) program, patient recruitment can be completed in days or weeks, instead of months or years. Recruitment would no longer be the bane of clinical trial timelines.

Amazon Echo devices can remove the friction in patients’ protocol compliance. These devices incorporate speakers, a microphone, and Amazon’s Alexa digital personal assistant software. Alexa can respond to voice commands and perform tasks supported by applications, called Alexa Skills. Alexa can schedule a rideshare service, such as Uber, for the patient’s appointment. Patients can be picked up and delivered to their appointments without the hassle of driving, parking, and waiting.

Alexa can also be integrated with blockchain, which initially gained notoriety from Bitcoin crypto-currency, to enable direct payments from a study grant. Blockchain-enabled digital currency permits direct payments between vendors and individuals, or between private parties, without an intermediate bank or financial institution. For studies that reimburse patients’ expenses such as meals, hotels, and plane tickets, reimbursements through blockchain are direct and immediate. No expense reports, no receipts, and no waiting are involved.

In addition, Alexa can remind patients of scheduled tasks such as upcoming appointments, taking their next dose, or monitoring their blood sugar levels. Clinical study teams can leave voice messages for patients through their Alexa and cell phones. Amazon’s newest Echo has a built-in camera. Currently, it’s not ready for telemedicine appointments, but that can’t be too far away. Remote video follow-up visits will further enhance patient engagement with clinical research teams.

Lastly, blockchain can be more secure, accurate, and flexible than cloud based clinical trial data management systems. Cloud-based systems don’t typically replicate and archive on hundreds of servers, and they don’t encrypt all data files. Attempts to alter data in an Amazon AWS blockchain-based system would be impossible because the data is stored in hundreds of servers.

Amazon places many bets on the next big opportunity. Who would have believed that Amazon — the online bookseller — could amass billions in revenue in 20 years? Amazon’s success has been in disrupting industries with its core capabilities. Amazon Web Services, Amazon Echo, and Amazon Prime may just have the strategic synergies to disrupt the pharma industry. Pharmaceutical sales on Amazon.com is a no brainer; pharmaceutical development isn’t entirely out of the question if synergies are aligned.

Kenneth Wu has been consulting in clinical operations for biopharmaceutical and medical device sponsors for over a decade. His professional career advanced from clinical research associate (CRA) to clinical operations department head. He holds graduate degrees in physiology and business administration and is certified in both clinical and regulatory affairs.