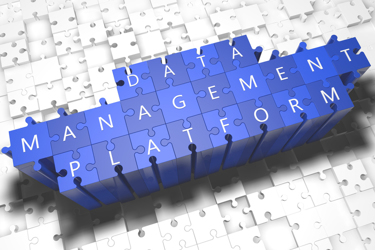 Veeva has released its annual CRO report which examines progress toward modernizing clinical operations. The Veeva 2020 Unified Clinical Operations Survey: Annual CRO Report gathers the experiences and opinions of CROs around the world and details drivers, barriers, and benefits of a unified operating model from the CRO perspective.

The findings of the report show CROs are driving the adoption of modern clinical applications to increase the efficiency, quality, and speed in clinical trials. A whopping 99 percent of CRO respondents reported the need to unify clinical applications, while 90 percent noted they have or plan to have an initiative in place to do so.

The numbers are not surprising. Clinical trial outsourcing is on the rise. A report from BiopharmaTrend.com notes the CAGR in the global CRO industry could reach 12 percent through the year 2022. Several factors are cited as reasons for the growth, including the growing number of biotech companies, the increasing number of research projects in the pharma industry, downward pressure on drug pricing, increasing competition from generics and biosimilars, the digital revolution, and an impending patent cliff that could impact $198 billion worth of sales between 2019 and 2024.

Those factors all create a need for pharma companies to stay competitive, flexible, and profitable, and outsourcing is the solution. As drug sponsors increase their reliance on outsourcing partners to decrease their risk and speed trials, those CRO partners will require greater efficiency and more streamlined approaches to study execution.

The clinical trial landscape is certainly evolving. The report notes in recent years CROs have steadily adopted function-specific technologies to improve study execution. The technology with the highest adoption rate is EDC, which is being used by 93 percent of the CROs surveyed. Another 82 percent are using eTMF applications, which was an increase of 20 percent from the numbers cited in 2017. The use of CTMS increased by 15 percentage points from 2017 and is used by 73 percent of CROs. Almost half of CROs now use site payment applications, up 32 percentage points from 2017. More than one-third now use purpose-built study start-up applications.

More than a third of respondents reported issues with ease of use and limited ability to support collaboration, which the report attributes, in part, to the complexity of managing multiple clinical systems across trial processes and study partners.

A Need To Improve Study Start-up

An astounding 61 percent of total trial lifecycle times is spent on study start-up, which is now the most time-intensive area within the clinical drug development process. Cycle times can be significantly delayed due to paper-based processes, multiple document handoffs between study partners, and manual methods of information exchange. According to the Tufts Center for the Study of Drug Development (CSDD), the early stages of study start-up, such as site contracting and budgeting, account for most of the start-up cycle time. Those activities now take twice as long to complete than they did just five years ago.

Despite the availability of study start-up solutions, a majority of CRO respondents (85 percent) note they continue to use spreadsheets to manage the process. Other solutions used include eTMF, CTMS, and online survey tools. Still, 35 percent of CROs use newer, purpose-built study start-up applications, which is significantly higher than the 21 percent of sponsor companies that use them. The report notes this is most likely due to the outsourcing of study start-up activities to CROs, which leads them to invest in available technologies to speed the process.