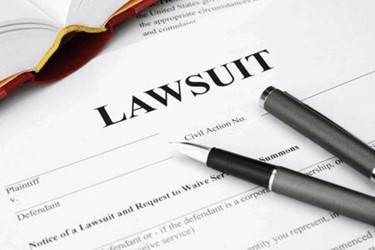 The watchdog group Center for Responsible Science (CRS), along with clinical trial participants and the father of a deceased trial participant, has filed a lawsuit against the FDA for denial of CRS’ citizen petition, which was originally submitted in June 2014 and has since had several amendments.

Reports indicate there have been at least 153 treatment-related deaths in clinical trials in the last four years. CRS believes it is critical for the FDA to revise its informed consent regulations to increase the protection of participating patients. The petition requests that FDA ensure every prospective trial participant receives the information necessary to evaluate the risks posed by drug trials so they can make a true informed decision.

“To achieve true informed consent, trial participants need to understand that the drugs they are being given have been tested largely in animal models, which are acknowledged by FDA to sometimes be unreliable predictors of human response, especially for the new biologics coming to market,” reads a press release issued by CRS. “Indeed, preclinical evaluation of human risk in animal experiments for biologics can be difficult, and sometimes impossible due to species-specific reactions, which can expose human subjects to unexpected, potentially catastrophic effects.”

When the CRS citizen petition was submitted in 2014, the FDA responded that it involved “complex issues requiring extensive review and analysis by agency officials.” FDA recently provided a brief response denying the petition. CRS believes the response demonstrates the agency has undertaken little, if any, review or analysis of the petition and believes the agency has failed to address the serious concerns presented in the petition.

Attorney Alan C. Milstein is representing CRS in the lawsuit. Milstein previously represented the father of Jesse Gelsinger, an 18-year-old patient who died while participating in a Phase 1 gene therapy study. According to a statement released by Milstein, “Despite the lessons which should have been learned in that case, literally hundreds of additional human subject research participants have since died from treatment-related toxicities. The FDA has the obligation to protect human subjects in clinical trials by ensuring they are given all material information about the risks of such research so they can make an informed decision about whether or not to participate. CRS’ petition reflects life-and-death safety concerns and the FDA failed to use reasoned decision-making in denying this petition.”

One of the plaintiffs in the lawsuit is the father of another patient, 24-year-old Max Vokhgelt, who died just two days after receiving an experimental cancer therapy. Although investigators have acknowledged toxicity issues in CAR-T clinical trials can only be learned from humans, it is alleged that Vokhgelt was not given that information. CRS notes FDA’s own guidance on cellular and gene therapies makes clear that traditional pre-clinical tests may not always predict human toxicity due to species-specific reactions and other issues.

CRS notes its request does not, in any way, seek to inhibit clinical research or the advancement of new medicines. The organization acknowledges that human subjects, whether patients or healthy volunteers, are currently the most powerful contributors in the identification of clinical suitability of new medicines. Rather, the group is simply asking the FDA to revise informed consent regulations to help ensure that trial participants get all the necessary information to make an informed decision. “That is the least we can do for those who are willing to take the risk to advance medical progress,” says Milstein.

A Rise In Treatment-Related Deaths

The CRS lawsuit was prompted, in part, by a dramatic rise in treatment-related deaths in clinical trials, particularly since 2014. According to data CRS was able to obtain from media reports and Securities and Exchange Commission (SEC) filings, there was one known death to have occurred in the period from 2012 to 2013. In 2014 to 2015 there were more than 10. In the period from 2016 to 2017 there were at least 143. Because complete public reporting of deaths is not mandated, CRS believes the actual numbers are likely to be even higher.

Of the 143 known deaths from 2016 to 2017, the highest number (34) occurred in trials for sirukumab, a monoclonal antibody rheumatoid arthritis drug produced by Johnson & Johnson. The deaths occurred in all trial phases, with most being attributed to cardiovascular events and serious infections. The FDA voted against approval of sirukumab in September 2017. Of the 35 trial participants who died within 16 weeks of the final dose, 34 were enrolled in the sirukumab arm of the trial. The FDA advisory committee voted 12 to 1 against approving the drug.

The number of trials registered on ClinicalTrials.gov has exploded in the last 10 years. A report titled The State of Clinical Research in the United States, published in 2010, notes there were less than 2,000 trials registered on ClinicalTrials.gov in 2004. In 2005 that number jumped to over 12,000, and hit 17,000 in 2008. More trials obviously mean more patients, and the number who die in clinical trials during any given year is still a small percentage of the millions of patients being sought to participate in trials every year. Still, any death, including that of Max Vokhgelt, is cause for concern to sponsors, patients, regulators, and CRS.

Vokhgelt, the 24-year-old a computer programmer and father who died in an oncology study performed by Juno Therapeutics, lost his life in May 2016. His father notes the company did not even disclose the death of his son until two weeks later, after two more trial volunteers died and the FDA issued a clinical hold. This information was included in an update to the CRS citizen petition filed in 2017. It also questions why the FDA did not publicly explain why it decided to lift the clinical hold on the Juno trial, just days after initially issuing it.

Juno has blamed the deaths on fludarabine, a chemotherapy preconditioning treatment in conjunction with the CAR-T therapy. The FDA allowed Juno to resume the trial without fludarabine.

An amendment to the citizen petition, submitted to FDA in March 2016, also mentions the death of a healthy trial participant in France in January 2016. That trial also caused five other participants to be hospitalized due to severe adverse reactions to the drug being tested.

The outcome of the lawsuit remains to be seen, but if there is one thing that I think most pharma execs might agree on it’s that the informed consent process needs to change. One clinical executive recently told me many consent forms are so complicated, it would take someone with a 140 IQ to understand them. Many companies are already looking into simplifying the process in an attempt to become more patient centric. eConsent and modular approaches to consent forms are also ensuring patients better understand studies. If nothing else, let’s hope this will speed the migration towards a more patient-friendly consent process.