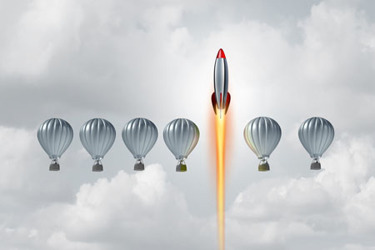 Cure Rare Disease is a nonprofit biotech. Rich Horgan, founder and president of the organization, says the idea behind the venture was to build a business that could investigate new ways to develop therapeutics. Horgan felt organizing as a nonprofit would allow the company to take risks that a traditional venture capital group could not.

“I wanted to make sure the needs of patients were our ultimate outcome, not ROI or the amount of money raised or invested,” he says. “Our goal was to help patients with rare diseases, and we were able to find donors willing to embark on this journey with us to prove there was a better way to develop therapeutics for ultra-rare diseases.”

Horgan believes the traditional mindset in drug development is to create a therapeutic for as many patients as possible. He wants to flip that mindset and instead wrap patients around the drug. He believes there are many hurdles that exist and will need to be overcome to create this model and eventually make it attractive to investors.

“I sometimes think the investment landscape squashes ideas that seem too foreign or unusual,” says Horgan. “Some ideas are tossed out before receiving proper due diligence. Reimbursement will be a key challenge along with establishing a regulatory pathway. CDER is already working to address that roadblock. Still, we believe the traditional method of getting drugs developed is challenged and must change if we want to improve the lives of rare disease patients. Our model might be the novel approach this industry needs.”

The biggest problem that exists is the lack of trial transparency for patients and caregivers. Most do not have any insights into the trial in which they are participating.

“We want to change the dynamic of drug development,” says Horgan. “For patients and their families, drug development has been a black box that they can’t see into. We explored the few trials for my brother as his disease progressed. I found them to be very opaque. You go to a screening visit. The patient is measured and weighed, and data is collected. Then the process goes silent until someone gets back to you and lets you know if you were accepted.”

Horgan notes that wait can be frustrating. Then, if you are accepted into the trial, you receive the treatment, which may or may not be a placebo. Patients will participate in the trial and rarely receive any feedback on how the trial is progressing. There is a lot of uncertainty facing patients and families during a trial, and even when the trial ends patients and investigators seldom hear of the results of the trial.

“The whole system is fundamentally flawed,” adds Horgan. “The frustration is even greater for those patients who have study options and must choose between two or three trials where you don’t fully understand the costs and benefits. We must be frank and honest with these families. In some cases, patients and families will experience positive results from a study drug only to have the trial canceled with no notice and no explanation. All they know is the trial did not meet its endpoint. The opacity is terrible. We have patients who participated in a trail for years only to have it cancelled with no explanation. That situation is just morally bankrupt. We must do better.”

The new model being advanced by Cure Rare Disease puts the focus on individual patients. First, no funding is currently being raised from VC firms. If a patient and their family choose to participate in a trial, they become a partner. They collaborate on the trial and are active in the fundraising efforts. Cure Rare Disease will develop a customized therapeutic for the patient, and the family will go out into the community to raise needed funding in partnership with the organization. All the funding Cure Rare Disease receives comes from nonprofit sources that are essentially grassroots efforts. The organization has raised $1.8 million to date from over 250,000 donors. Many donors contribute just a few dollars. Families have even started fundraising campaigns that ask shoppers to drop their change into a jar at a convenience store. Cure Rare Disease also partners with corporations that have the infrastructure to help raise funds. Galas and golf tournaments also assist with fundraising.

“This is something families of patients need to understand,” says Horgan. “We expect them to spread awareness and help with fundraising. It is important for families to work with us. We are not an incumbent nonprofit with a huge endowment and a slew of big names writing checks to us. We are designing a drug for their child, and we make sure they understand the process, the timeline, and the challenges we will face. This type of trial is not for everyone. The family is a key part of our team, and the entire process has been designed to be extremely transparent. This helps reduce the uncertainty and the anxiety in patients and caregivers.”

There are also a handful of major donors. The Blavatnik Family Foundation is one of those. The foundation makes charitable contributions to leading academic and research institutions in early stage research and discovery that hold the promise of transformational change in the way we treat and cure diseases.

Cure Rare Disease has a current focus on Duchenne muscular dystrophy, which primarily impacts male children. Duchenne is a genetic disease present at birth which results from a mutation in the dystrophin gene. There are over 1,000 different mutations that can occur on the gene, which makes it very challenging to create a one-size-fits-all treatment. Horgan notes there is significant variation and diversity within the patient population.

A clinical site has already been established at the University of Massachusetts Medical School, which is being headed up by Dr. Brenda Wong, one of the key investigators for the study. The therapeutic infusion will be conducted there once it is approved by the FDA.

Since the treatment involves gene modification and is designed for an individual patient, there is no placebo. Horgan notes there is also a good understanding of the natural history of the disease and where it terminates. Cure Rare Disease is filing a traditional IND regarding the regulatory pathway with a two-year monitoring period. The Phase 1 trial will evaluate both safety and efficacy in the patient.

Cure Rare Disease is pursuing a process called CRISPR transactivation. It is using a transcriptional activator to upregulate an alternative form of the dystrophin protein this is present in a muscle biopsy. In layman’s terms, Horgan refers to it as having a good engine with a bad starter. This procedure hopes to replace the starter with one that will activate the engine. Horgan believes Cure Rare Disease is one of the only companies currently pursuing a transcriptional activator approach.

Since Cure Rare Disease’s approach has not yet entered clinical testing, Charles River Labs is the primary CRO the organization has worked with. In selecting Charles River, Horgan’s primary concern was selecting a CRO that has expertise in customized therapeutics and getting individual treatments through the regulatory process. He also wanted a partner with experience with CRISPR and Duchenne.

“I knew I wanted the expertise of somebody who had worked on custom drug development in the past,” says Horgan. “I worked very closely with Lauren Black (a scientist and consultant) at Charles River. She has more than 25 years of experience in this space and more than 10 years was with the FDA. We benefited from working with a team that had been through a process that was new to us.”

Cure Rare Disease is also working with CMOs to produce its product, a GMC plasmid and GMP adeno-associated virus (AAV). The organization has partnerships in place with both Viralgen and Aldevron.

Cure Rare Disease submitted its pre-IND and expects its first treatment to enter clinical testing in early 2021. The hope is for the therapy to enable a pathway for future patients. The organization has recently enrolled four additional Duchenne muscular dystrophy (DMD) patients and one limb-girdle muscular dystrophy patient into its Cohort 0. Five additional DMD patients have also been enrolled into the Cohort 1 through the organization’s Founding Ambassador Program.