Developing A Plan For Patient Diversity? The FDA Shares Advice 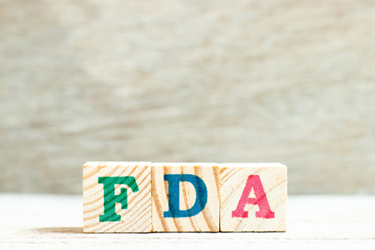 A clinical executive once told me there are three steps the FDA takes when it wants to implement a new policy. First, they will casually discuss their thinking during webinars and at conferences. Next, they will release a draft guidance, seeking input from those in the industry. Finally, they will release the new guidance for drug developers to follow.

If that is true, the regulator seems like it is about to take patient diversity a lot more seriously. A few years ago, I was told an FDA official, speaking at a conference, told the audience if pharma companies want to conduct their trials with young white males, their drug would be approved. For use by young white males. The FDA seemed to be discussing its thoughts on diversity.

Now, a draft guidance has been released discussing the topic. The guidance recommends that sponsor companies include a plan to increase diversity in the clinical trial designs they propose to the agency. The draft guidance, published on April 13, 2022, is titled, Diversity Plans to Improve Enrollment of Participants from Underrepresented Racial and Ethnic Populations in Clinical Trials.

RAPS reports the draft guidance is part of the Biden administration’s focus on addressing racial and ethnic disparities in health care and is also meant to support the administration’s Cancer Moon Shot project, which hopes to address inequities in cancer care.

Who Needs A Plan?

The guidance states its purpose is to provide recommendations for sponsors developing medical products on how to develop a plan. FDA recommends a plan be submitted for medical products for which an investigational new drug (IND) submission is required. The plan would seek to enroll representative numbers of participants from underrepresented racial and ethnic populations into clinical trials. Although individuals from those populations can have a disproportionate disease burden for certain diseases, they remain underrepresented in clinical research. The regulator also advises companies to seek diversity in other underrepresented populations defined by demographics such as sex, age, pregnancy status, and location.

The plan to enroll minority patients should be submitted to the investigational new drug (IND) application. The plan should also be discussed with FDA as soon as practicable during medical product development. For drugs, the guidance notes that should occur no later than when a sponsor is seeking feedback regarding the applicable pivotal trial(s) for the drug (during the end of Phase 2 meeting). A plan is also recommended for medical products for which an investigational device exemption (IDE) is required and/or for which clinical studies are intended to support a device marketing submission. The plan can be submitted to the IND as part of a milestone meeting package or on its own. Sponsors should request FDA feedback on the plan by including specific questions in a formal milestone meeting request and Meeting Package.

Within the plan, sponsors are asked to define enrollment goals for underrepresented racial and ethnic participants. These enrollment goals should be based in part on the pre-specified protocol objectives of the investigation. The plan should begin with an assessment of any data that may indicate the potential for a medical product to have differential safety or effectiveness associated with race or ethnicity. Sponsors are strongly encouraged to collect sufficient pharmacokinetic (PK), pharmacodynamic (PD), and pharmacogenomic data from a diverse patient population to analyze drug exposure and response.

The plan should describe the planned assessment of race and ethnicity in addition to other covariates with known potential to affect the safety and effectiveness of the medical product. The guidance notes, for example, covariates with known potential to affect PK and PD should be assessed to facilitate exposure-response analyses and to inform safe and effective dosing regimens across the intended patient population.

When data exists indicating the drug may perform differently across the population based on based on factors associated with race or ethnicity, the plan should specify the study design features that will support analyses to inform the safety and effectiveness of the product in those racial and ethnic populations. Even when available data does not indicate race or ethnicity will impact safety or effectiveness, patient enrollment must reflect the epidemiology of the disease.

Finally, the plan should outline the sponsor’s plan to collect data to explore the potential for differences in safety and/or effectiveness associated with race and ethnicity throughout the entire development life cycle of the medical product.

FDA recognizes that in certain situations it may be challenging to set an enrollment goal based on the epidemiology of the disease due to limited data on the incidence or prevalence of the disease across racial/ethnic populations. In those cases, FDA encourages sponsors to leverage various data sources, including real-world data and published literature, to set enrollment goals.

You may submit comments regarding this guidance online by going here.