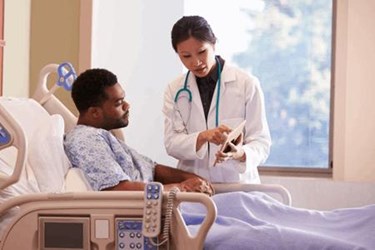 Distrust of pharma companies and clinical trials has long been cited as one reason for the low enrollment numbers of minorities in clinical studies. But a new survey finds that lack of trust may be waning, while other factors continue to contribute to low participation rates.

A similar trend was noted when respondents were asked about participation in trials. When asked if they or someone in their family has ever participated in a clinical trial, the percentage of African-Americans who responded “yes” showed a marked increase from 15 percent to 22 percent. Among other groups, the percentages either increased slightly or remained the same.

Of continuing concern to pharma is the fact that less than a quarter of respondents in any group responded “yes,” although a large majority noted they would be likely to participate in a clinical trial if their doctor found one and recommended it to them. That number was highest for non-Hispanic whites (85 percent), with slightly lower numbers for Hispanics (81 percent), African-Americans (74 percent), and Asians (73 percent).

Lack Of Information A Problem

If lack of trust is declining as a factor that is keeping patients from trials, what is the concern for potential patients? The survey found about half of minority group respondents (as well as non-Hispanic whites) citing “lack of information” as a reason they do not participate in clinical trials. That factor remained largely unchanged from the 2013 survey. Getting trial information to patients is a challenge for pharma companies and will likely continue to be in the future. The survey found the organization or group that a majority of patients feel has the greatest responsibility for educating the public about clinical trials is doctors and healthcare providers.

While doctors and healthcare professionals are the individuals most trusted by patients, they unfortunately do not spend a lot of time promoting trials to patients. A significant percentage of minority group respondents and non-Hispanic whites do not cite doctors and healthcare providers as a reliable source for clinical trial information. Only 27 percent of Hispanics, 25 percent of Asians, 24 percent of African-Americans, and 15 percent of non-Hispanic whites say their doctor or other healthcare professional has ever spoken to them about medical research. On a positive note, all groups agreed that healthcare professionals should discuss clinical trials with patients diagnosed with a disease as part of their standard of care. That figure was highest for Hispanics (89 percent) and lowest for African-Americans (79 percent).

Pharma companies and regulators agree that to develop medicines that are safe for the general population, clinical trial participants need to be a mix of races and genders. In fact, research has shown that ethnicity is one factor that may account for observed differences in both pharmacokinetics and pharmacodynamics of drugs. The willingness of minorities to participate in trials also means the days of trials being packed with white males may come to an end.

The survey found a strong majority of minority respondents would be willing to share personal health information so researchers can better understand diseases and develop new ways to prevent, treat, and cure patients. It also found minority patients would be willing to share that information to improve patient care and advance medical research so public health officials can better track diseases and their causes.

I have always been intrigued by the role altruism plays in clinical trial participation. The survey found it remains a significant motivating factor for study participation, especially among minority groups. More than half of African-Americans (61 percent) and Hispanics (56 percent) say the opportunity to improve the health of others is a very important reason to take part in a clinical trial. That same factor was noted as very important by just 50 percent of non-Hispanic whites and 46 percent of Asians, which were similar to the finding in the 2013 survey.

When asked about other factors that were very important when deciding to volunteer for a clinical trial, respondents selected understanding risks and benefits, the competence and reputation of the people or institution conducting the research, and having an expert guide them through the clinical trial process.

A few other findings are worthy of mention. Many respondents, ranging from 56 percent of Hispanics to 38 percent of non-Hispanic whites, agree that clinical trial participation should be a routine health behavior, whether you are healthy or ill, similar to getting an annual checkup with your healthcare provider.

Between 45 percent and 52 percent of all groups noted they greatly admire individuals who volunteer for clinical trials, and all groups posted increases over the 2013 survey. Compared to 2013, a higher percentage of Hispanics, African-Americans, and Asians also felt we are not making enough progress in medical research. The percentage dropped slightly among non-Hispanic whites.

“As more information about clinical trials is shared broadly, especially by physicians, we should continue to see an uptick in the number of Americans across all groups who recognize the value of clinical trials,” said Mary Woolley, president and CEO of Research!America in a written statement. “The next challenge is to ensure that all segments of the population have access to enrollment opportunities in order to boost participation and advance medical progress.”

The nationwide survey was conducted by Zogby Analytics for Research!America and the Association of Clinical Research Organizations (ACRO) in July 2017. The margin of error ranges +/- 3.1 to +/- 5.6 percentage points. To view the survey, click here.