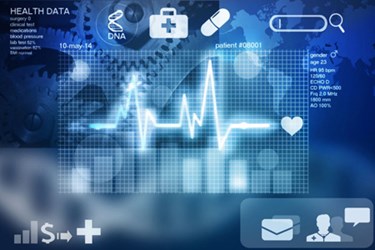 Will EMRs revolutionize clinical trials? The answer to that question might be a yes or no, depending on who you talk to. “People in this industry talk about how great it would be if EMRs could talk to each other,” says Ed Seguine, CEO of Clinical Ink. “But when you look at what is going on in the real world, two hospitals across the street from each other cannot get their EMRs to work together. The architecture of these systems is critical, and people are finally starting to think about it, but this remains a very difficult problem for the industry. Until we solve these interoperability issues, it may be premature to discuss the possibility of having them work together for clinical trials.”

The issues are ones that many pharma executives may not fully appreciate. Seguine has been overseeing investment in this space for fifteen years, and likes to refer to EMRs as a perpetually emerging technology. “Pharma and other users think the interoperability situation is ready to change,” he says, “but they lack a complete understanding of the details. For that reason, they don’t understand why it is not changing. I can cite numerous past studies where people have said EMRs would change the world in five years, and yet it still has not happened.” 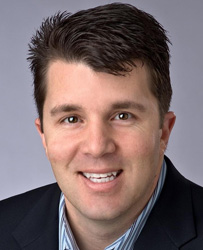 The entire problem gets down to one very mundane thing: how the data is captured. One example would be something as simple as blood pressure. Mass General might refer to a blood pressure reading as BP1. Pfizer might prefer to call it BLDPR. Merck might refer to it as BP. When you think about the number of companies, hospitals, clinics, and physician’s offices across this country, and around the world, coupled with the number of data points being measured by each one, you get a sense of the scale of the problem.

“You literally have a massive data mapping issue from research institution to research institution to pharma company,” says Seguine. “The idea of saying data collection will become standards based is very alluring, but it would require every single company adopt that same standard. That does not happen in the real world. There are very few cases of giant technology standards coming together, as it did with Bluetooth or USB. Even when it does, it is almost always around hardware connectivity. It is almost never about the actual data moving through those connectors. You can always standardize the pipes, but standardizing the flow of what is going through the pipes is much more complicated and difficult.”

So what is the path forward? According to Seguine, we have to recognize that there is going to be great diversity in the data streams, and develop systems that make it easier to accommodate that diversity. Then simply merge data with other like data. This will involve judgement calls and decisions being made by people who are closest to the data so as to determine its relevancy, importance, and impact on the integrity of the trial.

Use EMRs To Find Patients

While the prospect of using EMRs to capture data that can be used in clinical trials is still years away, Seguine believes they do have the ability to assist with patient recruitment issues that currently exist. If a study needed to recruit patients with diabetes, there would not be any problem with using EMRs to identify them. And this perfectly illustrates the difference between the two problems.

“EMRs would be ideal for recruitment, because a person’s therapeutic condition is used to bill the payers,” says Seguine. “The difference between the two problems is that values and readings of a patient, such as tumor size, are never sent to an insurance company. So to think we will get that information out of an EMR for purposes of data capture is simply naïve and lacks an understanding of the complexity in magnitude of the data across hundreds of thousands of institutions around the world.”

Seguine has listened to many innovative thinkers on the conference circuit discussing the use of EMRs, and the grand vision of using them in trials. While it’s an appealing topic to discuss in large groups, he believes what the industry currently needs is more pragmatic innovations that companies can adopt today. By waiting for the grand solution, personnel will continue to grapple with current problems, such as the cost and complexity of trials, and the need to enroll more patients.

“EMRs will definitely help with recruitment, but identifying a qualified patient only solves one part of the problem,” he says. “You still have to get them to want to participate in the trial. The key to enrolling more patients is reducing the participation burden they face. We have not done nearly enough to reduce the burden and this will continue to be a problem. We need to make it as easy as possible for them to understand what to do when they’re at home, because they will not remember the list of steps they have to perform in sequence. This will involve the use of mobile technologies. This just further illustrates the need for pharma to give patients, sites, and physicians the tools they need to perform the tasks we expect of them. Only then will our efforts start to have meaningful impact.”

That means there are opportunities for new technology providers to step in. The increased use of sensors in the lives of patients is just the first step.

“We are going to see these new technology companies being purchased by pharma companies to expand their expertise and to integrate them into existing devices and architectures,” adds Seguine. “We are also seeing big investors start investing in clinical technology companies, an area they haven’t invested in the past. This interest will continue and possibly increase in the future.”