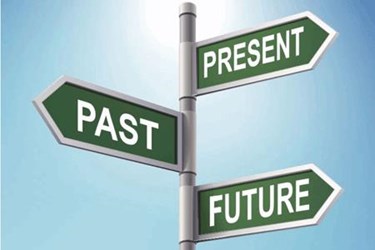 Over the last several years, life science firms have cautiously moved into the eSource arena. While companies look forward to attaining the benefits of eSource, they also have concerns over potential glitches, the impact on study teams, and regulatory issues.

The FDA defines source data to be the initial documentation of data in a clinical study. With eSource, the definition is the same but the original data is captured electronically. The benefits of eSource, as noted by the FDA, are eliminating the unnecessary duplication of data, reducing the opportunity for transcription errors, real time entry of data during patient visits, and ensuring the accuracy and completeness of data.

But how are companies using eSource and, how is that usage expected to change over the next 24 months? Oracle Health Sciences hoped to find the answers to those and other questions by undertaking an eSource industry survey. To get a feel for trends in the use of eSource, Oracle used a third-party firm to question small, midsized, and large pharma, bio, and med device companies, as well as CROs. The responses came primarily from companies in the U.S., Europe, the Middle East, and Africa. The 106 responses received were from individuals in R&D, clinical operations, clinical development, outsourcing, and pharmacovigilance. The majority of respondents are in director, manager, and C-suite positions. 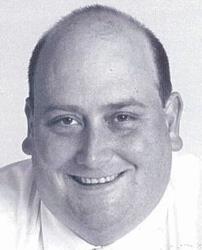 First, Oracle wanted to know if the definition that most companies had of eSource matched that of the FDA, issued on January 29, 2014 in its Final Guidance on Electronic Source Data in Clinical Investigations: Promoting eSource Data Capture. Almost 85 percent of respondents completely agreed, with close to 15 percent somewhat agreeing.

Are We Allocating Budget And Resources?

Unfortunately, the growth in trials using eSource is not expected to increase significantly in the next 24 months. The highest percentage of respondents (30 percent) expect between 1 and 20 percent of trials would be using eSource in the next 2 years. Around 15 percent expect 80 to 100 percent of trials to use it. Ten percent noted no trials would be using it.

If the FDA believes the use of eSource will be beneficial to trials, then the results are disappointing. But they also show the opportunity exists for vendors to change minds and spur future growth. To do so, two areas to focus on are the expected versus realized benefits of eSource, and the challenges companies face.

Respondents were also asked about the integrated data sources and capabilities that are most important to eSource. The responses noted, in order of importance, were electronic health records, direct data entry, medical device data, ePRO, and labs.

One factor that may hinder greater use of eSource moving forward is the barriers to adoption that must be overcome. When asked about the top three barriers that exist with eSource implementation, respondents gave a range of responses. The top five concerns noted were:

“We are hearing from a lot of clients about the topic of standardized reporting structures,” says Jim Streeter, global VP of life sciences product strategy at Oracle. “As customers pilot eSource data today in clinical trials, they are finding there are a lot of changes they must anticipate. They must handle unstructured data, there are differences in data collection volumes between patients, and those high volumes of data are forcing changes in how they perform data management and statistical reporting.”

Also cited by respondents were concerns over resistance from internal lines of business, insufficient internal resources, data volume, lack or organizational knowledge/capabilities, and the technology not quite ready to justify the investment.

“The results of this survey align with what Oracle has seen over the last 12 months from many of the large pharmaceutical companies investing in mobile devices for clinical trials,” adds Streeter. “They are still learning from these investments but can already see the benefits to clinical trials through various changes, such as a reduction in the number of site visits for a patient. In addition, as clients look for more industrial strength solutions and higher quality data, they are moving toward more regulatory-approved devices.”