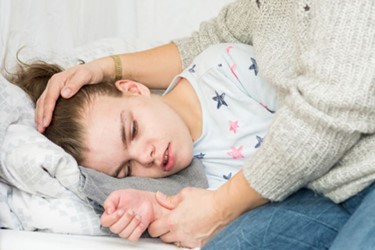 The concept of extrapolation has been in existence for years at the FDA and has been used for multiple indications. But Lynn Kramer, MD, Chief Clinical Officer and Chief Medical Officer of the Neurology Business Group at Eisai, is excited about the current use of extrapolation in monotherapies. Kramer has worked on clinical trials for patients with partial onset seizures (POS). In 2017, one of the company’s antiepileptic drugs, FYCOMPA, was approved by the FDA as a monotherapy for the treatment of POS in epilepsy patients 12 years of age and older. This approval process was based on data extrapolation.

Kramer describes data extrapolation as the process of estimating future trends or effects based on previous observations, also known as historical controls. For example, if you know the placebo rate for “disease A” is five percent, you could skip the use of a placebo in a study and simply use the active drug. A high cure rate would then be the result of the study drug and not chance. According to Kramer, that existing information forms the basis for the case you are trying to make. 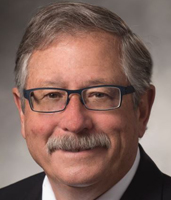 Additionally, in some trials, the use of a placebo is simply not ethical. Patients diagnosed with epilepsy are prone to experiencing seizures. A patient using a placebo or a low-dose of a drug would put themselves at risk of potentially life-threatening seizures. “Nearly one-third of patients living with epilepsy have seizures that are still not controlled,” says Kramer. “Physicians have the ability to treat patients using monotherapy (a single drug). In some cases, monotherapy can actually be desirable, such as in women, the elderly, and other patients at risk of antiepileptic drug toxicity and drug interactions.”

Those two factors (the existence of extrapolation in the drug world and the inability of pharma companies to use a placebo on epilepsy patients) resulted in the FDA taking action on extrapolation. In 2016, the agency released a general advice letter to companies with NDAs on antiepileptic drugs (AEDs). The letter stated that it is acceptable to extrapolate the efficacy and safety of drugs approved as adjunctive therapy to their use as a monotherapy. However, a sponsor must provide a comparative analysis demonstrating the proposed dosages, when used as a monotherapy, result in exposures similar to those demonstrated to be safe and effective when the drug was used as an add-on therapy.

Kramer notes Eisai (FYCOMPA) was the first company to receive an approval for monotherapy use in POS. It meant the company could take a treatment and use it as a monotherapy, provided enough is known about the disease, the course of treatment, and the response of patients. In those cases, a placebo may no longer be needed. Researchers can establish that if an adjunctive therapy works the monotherapy will likely work as well. “The key is having enough data to establish the historical progression of the disease,” he says. “But be aware that this works easily in some circumstances and not so well in others.”

Kramer adds that dose concentrations are already covered by the adjunctive therapy safety database. In other words if, in an adjunct trial, a patient was administered 100 mgs, then the monotherapy dose would not be higher than the 100 mgs.  Safety data would be required in order to administer a higher dose, since it could potentially be unsafe to the patient.

Eisai conducted a number of monotherapy studies back in the early 1990s. At the same time, other companies were conducting studies on their own epilepsy products. In those studies, patients would receive a low-dose of the trial drug (or another drug) for comparison purposes. Kramer notes the rate of success was the same for all of those drugs (around 15 percent.) The effect in the monotherapy trials conducted by Eisai was very high, generally between 70 percent and 80 percent.

Extrapolation could be a big help to children suffering from epileptic seizures. Kramer notes there are currently more than 450,000 children and adolescents in the U.S. living with epilepsy. “The FDA issued a communication to drug companies in 2015 that allowed them to extrapolate to pediatric patients, four years of age and older, the effectiveness of drugs approved for the treatment of POS in adults,” says Kramer. “Pursuant to that policy, sponsors must also provide long-term, open-label safety data in patients four years and older.”

In April 2017, Eisai announced positive data from a meta-analysis evaluating the feasibility of extrapolating efficacy data in adults and children with primary generalized tonic-clonic (PGTC) seizures. Kramer states the results are important as there had previously been limited research in pediatric patients due to the challenges of conducting clinical trials in children with epilepsy.

Kramer believes bringing down the cost of medicines will require companies to eliminate the cost of things that do not need to be done. Extrapolation helps to do that.

“We are pleased that the FDA has collaborated with the epilepsy community to forge a new pathway using extrapolation,” adds Kramer. “This new pathway will speed drugs to patients in need, and will ensure our therapies are made available to those in need in a timelier manner. With monotherapies, extrapolation also provides a way for doctors to feel comfortable prescribing these drugs and knowing they will be effective for patients.”