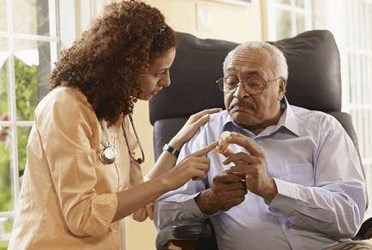 African Americans constitute about 12 percent of the U.S. population, but represent just 5 percent of clinical trial participants. That figure is even worse for Hispanics, who constitute 16 percent of the population and represent only about 1 percent of trial participants. Luther Clark, global director, scientific, medical, and patient perspective, office of the CMO at Merck, recently spoke about this problem at the 2016 Society for Clinical Research Sites (SCRS) Global Solutions Summit and what sponsors need to know about why enrollment figures are so low.

“More important than today’s numbers is what that breakdown will look like in the future,” he says. “The demographics of our country are changing. By the year 2050, groups that are now considered minorities will represent more than 50 percent of the population. That could make clinical trial participation rates by members of these groups even more troublesome.”

In addition to the changes in demographics, there are also significant disparities in disease prevalence and risk. For example, Clark points to cardiovascular disease, which is the number one killer of women in the U.S. Looking at gender in cardiovascular device trials, participants are 67 percent male and 33 percent female. Significant discrepancies can also be seen in diabetes, certain infectious diseases (e.g. HIV/AIDS, STDs), and types of cancers (e.g. colon, prostate, cervix, lung). 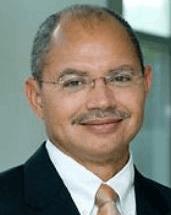 While the National Institutes of Health (NIH) has made gains in this area, minority participation in industry-funded trials continues to lag. Minorities comprise 33.1 percent of the U.S. population, according to data from the U.S. Census Bureau. Although NIH-funded clinical research has a minority participation rate of 36.1 percent, that number drops to just 16.7 percent in trials funded by pharma companies. The problem and the challenge are certainly not new to the industry.

Merck assembled a special group in 2015 to address diversity in clinical trials. Merck, in collaboration with the Association of Black Cardiologists, academia, and Maslansky & Partners completed an intensive research plan with patients, investigators, referring physicians, and study coordinators. The goal was to investigate the barriers to minority participation in U.S. clinical trials and identify potential solutions with respect to study implementation, recruitment, and communication. The group also hoped to discover solutions that would really resonate with those groups.

Several barriers, previously identified in literature, came across very strongly. There is a clear mistrust of the clinical trials process, a lack of understanding about the value of trials, and an element of fear caused by the lack of information.

While the lack of information was a key component of the reluctance to participate, the depth of the problem goes a bit deeper. Pharma can put an emphasis on education, but the Merck team found equally important as the message being delivered was the method of delivery and the messenger.

“We have to be concerned with the message, how it’s delivered, and who is delivering it,” says Clark. “These are concerns to patients and have to be considered when addressing and overcoming the issue of mistrust. Once we get past that issue, we have to consider the logistical concerns of participants. Patients are working with us, they’re volunteering their time, and they’re doing something that’s really important. But they also have their own lives outside of the study. Addressing those logistical considerations is the next thing we have to consider.”

The team also discovered that when it comes to patients, their own health always comes first. That message was consistent across participants, investigators, and referred physicians. Patients want to know how participating in a trial will impact their medical problem; all of the advantages and disadvantages of participation.

“Some patients do consider the larger community and what their participation will mean to patients in the future,” notes Clark. “That concern seemed to be of greater interest to older individuals. We found communication was also important, especially when it comes to addressing the issues and concerns that patients have up front, so they feel comfortable with the entire process.”

Although a lot was learned in Merck’s program, one main question still remained: How does pharma increase the level of diversity at clinical sites. Clark believes solving the problem will involve bringing together a number of partners. Everyone involved knows diversity is a challenge, and it is not a new one. Only by bringing together sites, academia, community-based organizations, and networks with access to diverse patient populations will pharma be able to solve the diversity challenge.

Clark notes his company continues to work closely with SCRS, believing sites will be a key component to helping pharma develop solutions that will be sustainable throughout the trial process. The feedback pharma gets from sites is invaluable, and the advice generally originates with the patients themselves.

One major barrier that still exists is the limited awareness of clinical trials by patients. To overcome that obstacle, referring physicians will be a key player. Unfortunately, they can also serve as a potential barrier to patient participation. Getting past physicians’ reluctance to refer patients is a concern which will be overcome by gaining their trust and understanding and making sure they are comfortable with the trial process.

“Our challenge and opportunity is to develop solutions which will not only be actionable but sustainable,” adds Clark. “We don’t want to get to some point into the future and be having this same discussion. We need to get to the point where diversity has become part of the mindset and also a standard component of the clinical research model.”