For CRAs, There's Less Turnover Than You Might Think 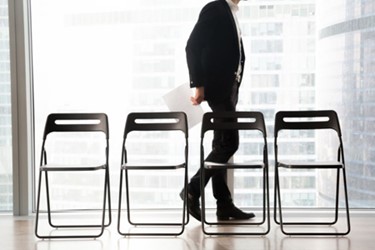 Not everyone was happy with the trend. Many felt many CRAs would be displaced, as RBM would inevitably result in sponsors and CROs requiring fewer of them. Articles appearing on multiple media sources in 2016 all warned that the future looked challenging for CRAs. One blog advised CRAs to enjoy their superstar status because the number of jobs available to them could be cut in half over the next 10 years. It now seems some of those projections may have missed the mark.

ISR recently decided to look at the current market for CRAs by focusing on salaries, signing bonuses, retention bonuses, raises, and turnover. The research group collected data from 227 CRAs from around the world with the goal of benchmarking industry trends. The information was collected via a 20-minute online survey. Sixty-two percent of respondents worked for a CRO, 33 percent worked for a pharma or med device company, and 5 percent were self-employed or freelancers. Sixty percent worked for large companies (R&D budgets of at least $1 billion or greater than 5,000 employees), and 75 percent were in the U.S.

Overall, the results paint a different picture than the dire forecasts from 2016.

Overall, ISR found a highly diverse and fluid workforce. When asked how long they have been with their current employer, the average response was 4.9 years. Those responding also averaged 4.5 years with their previous employer. The vast majority (almost 70 percent) of those responding also expected to be with their current employer two years from now, indicating some stability in an industry that seems to have high turnover rates. Only 9 percent indicated there were not likely to be with the same employer in two years. The highest percentage of respondents (32 percent) have worked for only one employer in their career as a CRA. Twenty-six percent have worked for two employers while 18 percent have worked for three.

Most CRAs are also not reaching out to recruiters to locate new job opportunities. While 70 percent indicated they have been contacted by a recruiter in the past six months, only 11 percent noted they, themselves, initiated the outreach.

CRAs with less than four years of experience make 18% less than the average. Those with more than eight years of experience make 16% more than the average. The news is also good when it comes to pay satisfaction. Twenty-two percent of CRAs noted they were highly satisfied with their pay, while another 40 percent indicated they were moderately satisfied.

The pay reflects a fact that is well known about a CRA's life: travel is mandatory. The survey found that in an average 40-hour week, CRAs only spend half of that time working from home or from an office. Eighteen hours were spent at clinical sites and 11 hours were spent travelling. Most of their time at sites was spent working on Phase 3 trials (51 percent).

Additionally, there is a commonly held belief that sponsors tend to pay CRAs more than contract service providers. ISR may have debunked that belief. When analyzing the average CRA salary between sponsors and CROs, IRS found the averages were not statistically significant.

No Concerns About RBM

If RBM is still a threat to CRAs, that is certainly news to them. Only one in four CRAs indicated they viewed RBM as a threat. Three out of four noted they view RBM as an opportunity for the future.

If turnover is still an issue of concern for the industry, that might also be news to the CRAs surveyed. In fact, the CRAs seem to be setting a high bar for the incentives now required to entice them into accepting a new position. If the CRA does not have to move, they would require a 19 percent salary increase, on average, to take a new job. If relocation is a requirement of the new job, the required salary increase jumps to 31 percent. The average annual raise for CRAs is 4.5 percent, far below the requirement to change jobs, with or without a move.

What would convince a CRA to accept a new position? ISR asked respondents what prompted them to accept a position with their current employer. The most common response (47 percent) was a higher salary. That was followed by opportunity for career advancement (44 percent), work-life balance (34 percent) and a more stable organization (25 percent).

The CRA Salary Analysis And Work Environment report, published in January 2019, is 71 pages of charts and data. It can be ordered here or by contacting ISR Reports.