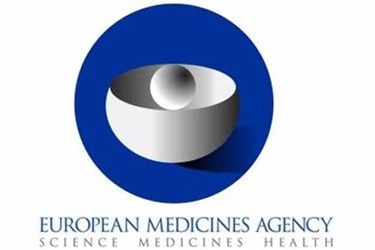 Clinical trials in Europe, a process essential to the development of new life-saving medicines, are overseen by relevant authorities in the individual European Union (EU) member states. The EU has guidelines in place to ensure the trials are conducted safely. They also include the requirement for extensive studies, including animal testing, to gather information about medicines before they are ever given to a human.

A severe reaction in a healthy human is rare in first-in-human (FiH) studies. In fact, since 2005, 305,000 individuals in the EU participated in 14,700 Phase 1 clinical trials, including 3,100 FiH studies. During that time, only two severe accidents have occurred, which affected about a dozen participants.

Still, accidents can happen. In January, a clinical trial tragedy in France claimed the life of one healthy patient and caused serious brain damage in five others. In May, the French Health Ministry found fault with the two companies involved in the trial, noting Bial and Biotrial were at fault on several counts, including how much of the drug they gave volunteers, how long it took them to inform the government about the problems, and for failing to properly inform the other volunteers. In light of this, the European Medicines Agency (EMA) is hoping to improve the safety of FiH clinical trials.

In a release posted on May 27, 2016, the EMA announced it has started a review of the guidelines that “describe FiH clinical trials and the data needed to enable their appropriate design and allow initiation.” The review is being done in cooperation with the European Commission and the member states of the EU.

The purpose of the review is to identify which areas may need to be revised based on the clinical trial tragedy that occurred in Rennes, France, in January 2016, and involved a FiH study. Another clinical accident, this one in London in 2006, left six men ill. The EMA notes it will take into account the findings of two in-depth investigations that looked into what went wrong in the France study. One of the investigations was carried out by the Temporary Specialist Scientific Committee (TSSC), which was set up by Agence Nationale de Sécurité du Médicament et des Produits de Santé (ANSM), the French medicines agency. The other investigation was conducted by the Inspection Générale des Affaires Sociales (IGAS), the inspectorate for social affairs in France.

Both reports included a series of recommendations regarding the requirements for authorization and conduct of FiH clinical trials. The recommendations were intended for further examination by the international regulatory and public health community, including the EMA.

According to the release, the work of the EMA will focus on best practices and guidance. The goal of the EMA is to agree on a concept paper by July 2016 that would identify areas for change and proposals that might further minimize the risk of having similar tragedies occur in the future. The concept paper will then form the basis for an EU-wide review of the guidelines. The review process will also include targeted discussions with stakeholders and a public consultation on the proposed changes, which would happen later in 2016.

The first step of the review involves two groups of experts carrying out preparatory work. One group is looking at preclinical work and the data needed from lab tests or animal studies necessary to safely initiate tests in humans. The other group will look at clinical aspects around the design of FiH trials. The hope is to discover how they might be improved to better ensure the safety of human volunteers taking part in trials. The findings would lead to EU-wide expert group discussions on revisions necessary to the guidelines.