From Fusion Energy To Med Device … To Drug Developer? 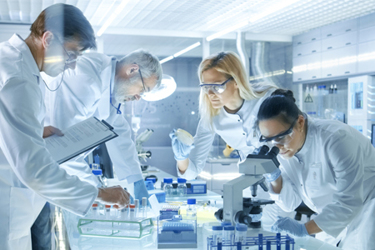 It’s not often you hear the CEO of a life sciences company say things like, “The big technology advancement we were waiting on was using accelerators to generate the needed neutron radiation.” Of course, not many life sciences companies have “fusion energy” listed as one of their areas of expertise. But that’s not the only thing atypical about TAE Life Sciences (TLS).

TLS was launched to develop a technology to deliver neutrons for an advanced type of cancer therapy called Boron Neutron Capture Therapy (BNCT). BNCT was first introduced in the U.S. in the 1950s, but despite promising results, its use stalled due to the need for a better boron-10 compound and access to a new neutron source. But as Bruce Bauer, CEO of TLS, alluded to in that opening quote, BNCT is currently experiencing a bit of a renaissance. “With the advancements that have been made, BNCT can one day be administered in a practical way in a hospital setting,” he says.

THE MOVE INTO DRUG DEVELOPMENT

If TLS were, indeed, going to “control its own destiny,” Bauer knew it would have to build its drug development division from scratch. With TLS’ headquarters in Orange County in Southern California, Bauer was able to locate the drug development talent he needed only an hour away in Santa Monica.

“I worked in venture capital for more than 20 years and had many connections I could call on. Once we found one person with the qualifications we were looking for, that connection led us to the next one, and the one after that, and so on. We were able to fairly quickly assemble the team we needed.”

Another factor helped TLS with its talent recruitment. Agensys was a subsidiary of Astellas, located in Santa Monica. The facility focused on antibody drug conjugates. In 2017, Astellas was transitioning operations to Japan, which opened a talent pool that TLS could tap into. Furthermore, Astellas had a lease on a state-of-the-art laboratory that it no longer required, which TLS quickly snatched up.

“In a way, everything that happened at that time was kind of fortuitous, but I am happy to take luck anytime,” says Bauer, smiling. “We were able to negotiate a lease on the facility and build a 16,000-squarefoot laboratory that we equipped with all the instrumentation, equipment, and supplies it needed for our drug development capabilities. I expect we’ll double its staff in the coming year.”

AN EXPANSION WITH MULTIPLE CHALLENGES

Even with the relatively smooth acquisition of the lab and staff, this would be considered a huge expansion for any young company. But Bauer notes this situation was even more challenging because they were dealing with two very disparate disciplines — drug development and med device — that were each technically demanding and required separate research methodologies and timelines. “The challenge was made more difficult when we decided to finance the new drug program with the proceeds from our first round of funding,” he says.

Stretching out that funding wasn’t easy, but he had worked with early-stage companies in the past, and he always tried to instill in them a scrappy, cost-conscious culture. “It is in our DNA to do everything as economically as possible. That means no frills. If we can get a deal or bargain on something, we will take it. Everything that will cost us money is prioritized into what we need and what we would get if we had more money.” 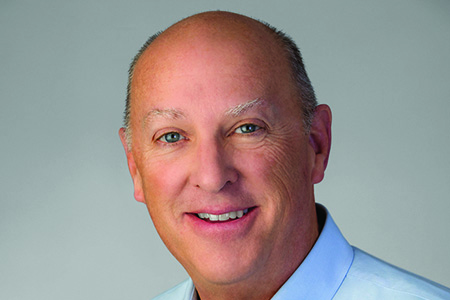 "The challenge was made more difficult when we decided to finance the new drug program with the proceeds from our first round of funding.”

Going forward, talks with investors will also become more complicated. Bauer notes there are investors who like pharma deals and those who like med device deals. It’s not often that a new company comes along wanting both. “The challenge becomes trying to find investors who are comfortable with this combination of products,” adds Bauer. “That narrows the universe of potential investors, and that has been a very real consequence of doing both. Still, I believe our approach will pay dividends in reducing the risk overall. Our approach has broadened our financial picture. We can now look at a financial model that has drug sales and profitability built into it instead of focusing on a device. While this approach has its challenges for our fundraising, it has also reduced our risk while expanding our opportunity and liquidity.”

Starting the drug division was both a challenge and an opportunity. The opportunity was the ability of the company to differentiate itself from many potential competitors working in the same space. Bauer notes the benefits have far exceeded his expectations. The company is now presenting its combination product to oncology clinicians and doctors at the most prestigious national and regional cancer centers in both the U.S. and Europe.

“Physicians understand the success of this technique is going to be driven by the drug and how well it delivers boron where you need it,” explains Bauer. “Right now, we are the only company that can have that conversation. We can show them the exciting broader and deeper future for this technology. Everyone sees what BNCT can do and our ability to deliver it because of our command of an entire solution.”

The product developed by TLS will still need to undergo clinical trials. Boron by itself is safe and non-toxic and has no therapeutic effects. Enough boron will be deposited into the cancer cell so that, when irradiated with low-energy neutrons, there will be a secondary reaction between the boron and the neutron which will kill the cancer cell. Therefore, the entire process still needs to gain regulatory approval. “We do expect this to be reviewed for approval by the FDA as a combination therapy,” says Bauer. “That is another big advantage we have of being one company providing both halves of the solution.”

Although he’s excited about the future, the complexity of this journey did not hit home for Bauer until he got the pharma and med device folks together with the technicians, scientists, and physicists in a room for the first time. As he stood off to the side and watched the interaction of everyone, he was amazed by the energy level in the room.

“Everyone had a great deal of curiosity about what the other teams were doing and how they work,” he says. “It was one of those out-of-body moments. We had a room full of really smart, talented scientists working in disparate areas. The energy in that room was tangible, and you could see the excitement of everybody talking about what they do, how it works, and how the final product would come together. The passion was there, and it was extraordinary to witness.”