Genelux is an oncolytic virus company that was formed in 2001 and has been conducting clinical trials since 2009. The company completed four Phase 1 studies which have enabled it to design what CEO Thomas Zindrick describes as an advanced clinical program. “We now have two ongoing Phase 1B studies which have us on a path to registration,” he says.

One of those studies, being conducted at Florida Adventist Hospital in Orlando, is treating recurrent ovarian cancer patients with its lead oncolytic virus therapy, termed GL-ONC1. The other study, at the University of California, San Diego, involves an intravenous route of administration of GL-ONC1 to treat a variety of solid tumors. Eventually the company will focus on a specific tumor type and advance the treatment into a Phase 2 trial.

Oncolytic viruses have a natural affinity for tumor cells. They have been in development for well over a decade and are emerging as promising therapeutics with their unique capacity for selective self-amplification. As a result of the advancement in genetic engineering and sequencing of the viral genomes, researchers were able to modify the viruses. This manipulation allows the virus to infect, replicate, and colonize tumor tissues over healthy tissues. 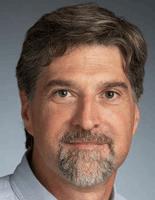 “With the ability to genetically engineer viruses, specificity and, in some instances, potency could be enhanced to make them more suitable clinical candidates,” says Zindrick. “Initially, oncolytic viruses were thought to work primarily through the viral mechanism of infecting, replicating in and then bursting tumor cells. With that bursting, a progeny virus would then infect nearby tumor cells, and that process would be repeated. This thinking was based on early, pre-clinical studies in cell cultures and in immuno-deficient mice. As the field advanced, we recognized there is a second dual-mechanism of action for oncolytic viral therapy, which is immunotherapy.”

Zindrick says recent advancements make this an exciting time to be involved in oncolytic virus development. Prior to taking the helm at Genelux in 2014, he was a long-time executive at Amgen, which bought an oncolytic virus firm called Biovex, which had been developing a herpes virus for melanoma. Amgen has since obtained regulatory authorization from both the FDA and European regulators to market that virus for melanoma.

“Getting that validation was a significant advancement for the oncolytic virus community,” he says. “It is a significant milestone in terms of proving the concept and setting regulatory precedence. Of equal importance is informing and educating both the public and medical professionals on the potential benefits of viral therapy and, more broadly, immunotherapy.”

Although that success brought optimism, Zindrick notes there is still a lot of room for advancement within the oncolytic viral space. For example, the herpes virus that Amgen developed has been limited in its development to intra-tumoral injections. This means the virus has to be injected directly into a cancerous lesion with the hope that it can attack untreated cancerous lesions elsewhere in the body.

Genelux is developing a powerful oncolytic vaccinia virus, a type of vaccine virus that was successfully developed as part of the smallpox eradication campaign. For that reason, Zindrick believes potential patients and healthcare professionals will have to be educated on it. Vaccinia is not a smallpox virus and it does not carry the smallpox disease. It is simply able to generate antibodies against it. However, since it had already been dosed in millions of patients, the safety profile enabled Genelux to develop the virus in clinical trials.

In two of the previous studies, vaccinia was administered intravenously, which is a preferred route of administration for most medical oncologists. One study, conducted in London at the Royal Marsden Hospital, was a dose-finding study for patients with a variety of solid tumors. Those patients had tumors that were growing and had failed at least one, and oftentimes multiple rounds of treatment. The second intravenous study was conducted at the University of California, San Diego (UCSD). UCSD is now running its second study. The first UCSD study involved intravenous administration of the virus in combination with chemotherapy and radiation, the standard of care for the patients with head and neck cancer.

“We were able to demonstrate the virus could be successfully administered with certain chemotherapies and radiation,” says Zindrick. “It was not compromised with the combination therapies. Based on our pre-clinical studies and our preliminary data from the trial, it appears there is at least an additive benefit by adding the virus to the existing standard of care.”

In the two additional studies, the virus was administered regionally.  One was an intraperitoneal route of administration at the University of Tuebingen, in Germany. It involved a catheter delivery of the virus into the abdominal cavity to treat a variety of cancers in which there is a secondary growth or growth within the abdominal wall. Cancers treated in that study included ovarian, colorectal, mesothelioma, and gastric cancer. The final study was a catheter delivery of the virus into the lung cavity to treat patients that were primarily mesothelioma patients. That study was conducted at the Memorial Sloan-Kettering Cancer Center in New York City and also had promising results.

“All were Phase 1 studies to demonstrate the safety of the virus through administration in humans,” adds Zindrick. “We clearly demonstrated the virus is safe. Typical side effects of viral administration are what you would expect from a viral infection. They’re flu-like symptoms, like fever spike and shaking, which are all transient and can be clinically managed without long-term adverse events.”

Early in the studies, anti-inflammatories and other drugs were administered to dampen the fevers which occurred in patients. However, as the program developed, it became clear that by not treating the fever, the body is allowed to mount a favorable immune response against the active agent. This created a more robust effect.

Researchers also looked at mechanism of action, hoping to discover if the virus behaved similarly in humans as it did in pre-clinical (primarily mouse) studies. In the first four trials Genelux was able to demonstrate the virus could be delivered either systemically or regionally, travel to tumor sites, and colonize the tumor. The virus carries several marker genes, allowing Genelux to study viral entry and infection of tumor tissues.  One of these marker genes is the green fluorescent protein that is encoded on the virus. Several other marker genes enabled the company to further analyze viral replication and colonization through highly sensitive assays.

The two ongoing studies in Florida and San Diego were also designed with a condensed dosing schedule and increasing doses. The safety profile allows researchers to push the dose and still have it be well-tolerated by patients. Zindrick also notes there is always a concern with viral therapy about whether or not the virus could be released into the environment, exposing family members or healthcare professionals. Since vaccinia virus is not a natural pathogen, the risk of some sort of outbreak is nonexistent.  Data from the previous four human clinical trials showed that there is minimal to no viral shedding. If the virus is released, it breaks down quickly within 24 hours. As a result of extensive knowledge built over the years and data from these previous trials, current patients are being treated on an outpatient basis.

Moving forward, Zindrick likes the oncolytic vaccinia virus immunotherapy approach for several reasons. First, he believes the safety profile is viable in many instances and is more advantageous than some targeted therapies that were specifically designed to minimize the side effects of chemo and radiation. He notes vaccinia has the safety profile of a targeted therapy but does not work through any particular type of receptor. As a result, Genelux was able to show the ability to safely and effectively treat and eradicate all the different major tumor types (more than 20 in all) that were tested extensively in animal models in its labs.

Multiple factors cause cancer and the biological complexities of cancer make it difficult to treat.  As people have come to better understand the tumor microenvironment and its complexities at a genomic level, it’s increasingly accepted that there is not going to be a single magic bullet for the treatment of cancer. Researchers are looking at the idea that combination therapies will ultimately be what are required to have a consistent efficacy against cancer.

A second reason is that vaccinia-based immunotherapy is an ideal partner for combining with different types of cancer therapies.  At the forefront of cancer drug development is immuno-oncology (IO), which exploits the complexity of tumor biology to educate the immune system to mount a powerful and prolonged attack against the cancer, offering the promise of longer-term survival.

Checkpoint inhibitors and T cell therapies are leading treatments in IO. Zindrick pointed out that while these modalities have demonstrated exciting results, the effects of each have been limited by the tumor microenvironment.

The inflammation created by GL-ONC1 infection converts the tumor into an immunological “hot spot”, thereby reducing cancer tissue-associated immune suppression that otherwise permits the tumor to evade the immune system. Thus, in addition to its own anti-tumoral effects, by altering the tumor microenvironment vaccinia can facilitate a stronger and broader response of these other modalities.

“Vaccinia will supercharge the engine to maximize performance of the other therapies,” says Zindrick. “That is a perfect combination product. Genelux is ideally positioned to have the best of both worlds. We have the safety profile of the targeted therapies, but we have the potential for the broad spectrum of activity of the general cytotoxics. We are excited to be part of the immunotherapeutic frontier against cancer.”