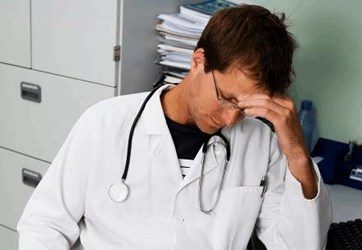 Site activation in clinical trials is not an efficient process. Those inefficiencies delay the start of trials and are costly to sponsors, CROs, and sites. But more importantly, they keep medicines from getting to patients in a timely manner. Many of the issues are ones that investigative sites have been vocalizing for some time, but which sponsors and CROs have been slow to hear.

“Sponsors and CROs need to find new ways to improve efficiency and optimize performance,” says Ken Getz, director of sponsored research programs at Tufts University Medical School and chairman of CISCRP (Center for Information and Study on Clinical Research Participation). “We have exhausted driving improvements via the low-hanging fruit. Moving to a clinical outsourcing model allowed companies to address some of the high fixed costs and inefficiencies that existed in their operations, but now there’s a growing interest in finding ways to optimize performance. Many of the approaches that we’ve applied have failed to address fundamental and underlying challenges.” 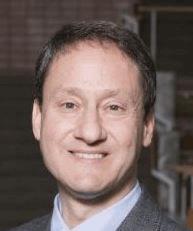 The Tufts Center for the Study of Drug Development (CSDD) conducted research on assessing and addressing site identification and activation inefficiencies. The study was funded through a grant from site activation firm goBalto. The research shows that despite advancements in technology we are not conducting site activation any faster today than we did 20 years ago. One of the biggest factors contributing to lengthy cycle times (the time from IND filing to NDA approval) is the inability of sponsors and CROs to leverage and engage investigative sites in a manner that allows them to conduct patient recruitment and retention effectively and efficiently.

Ten percent of all sites will fail to enroll a single patient, and another 40 percent will under enroll. The latter group can be incredibly costly since a site that has been activated will have to be managed and monitored even if it missed its enrollment goals by a wide margin. Overall, there is a 94 percent increase in planned study duration due to the failure of sites to reach target enrollment.

“When we interviewed sponsors, we asked them about their biggest challenges,” says Getz. “Most of the concerns we heard related to site performance and poor enrollment. We also found it was very difficult for sponsors to accurately predict site performance. But interestingly, many of the challenges could be tied to sponsor and CRO practices that result in poor executional feasibility, difficulty in attracting and retaining study volunteers, and protracted contract and budget negotiations and approval. ”

Research conducted by the Tufts CSDD during the past 15 years has demonstrated that, compared to 10 years ago, protocols have more endpoints, procedures, eligibility criteria, CRF (case report form) pages, amendments, and investigative sites. Pointing to studies published in the peer-reviewed literature, he notes the total number of endpoints and participating countries have almost doubled in just the last 15 years. During that same time, eligibility criteria soared from 31 to 50, while the total number of procedures went from 97 to 163.

The second contributing factor is also the toughest area to articulate, and that is ineffective and inefficient site engagement practices. This is difficult to measure since the problem often stems from a lack of practices and sophistication around those practices. This will ultimately lead to underutilization of the site.

Getz groups these ineffective practices into three categories. The first relates to the planning and identification of collaborative investigative site partners. Limited strategy and planning coupled with incomplete selection criteria will leave partners feeling impersonal and removed. The second category relates to the whole startup and study initiation period where sponsors and sites get to know each other. When poorly executed, sites will be treated as commodity vendors, which Getz notes will result in both sides managing for failure rather than success. The last category relates to some of the characteristics of engagement, such as a failure to leverage expertise and little to no ongoing transparency, assessment, and remediation. All of these problems can be exacerbated if there is a CRO handling the entire site relationship.

“In looking over those challenges, the commodity mindset is really a major problem,” states Getz. “It is hard to predict site performance when we are constantly introducing new sites and do not understand their capabilities. If a new site is less experienced, it becomes an even bigger issue. That mindset creates additional challenges. For example, if sponsors assume a site is not going to perform well, they will tend to micromanage it and rely less on workflow management tools that would create efficiencies. As a result, we see a high percentage of companies constantly trying to reinvent the wheel. Every time they start a trial, they’re not sharing what was learned in a prior study.”

Solving the problems outlined above will clearly require better working relationships between sponsors and sites. A CenterWatch survey of 641 investigative sites, conducted in 2012, reveals several places to start.

While costs and regulatory concerns are difficult to control, the slow payment issue seems like an easy one for sponsors and CROs to solve. According to a CenterWatch survey of 257 global investigative sites, slow payment is an industry-wide problem. In North America, just 13 percent of sites received payment within 45 days. Forty-nine percent were paid within 90 days, and 37 percent were paid later than 90 days. The problem was worse in Europe, where 42 percent of sites had to wait more than 90 days for payment.

“That 14-month cycle is incredibly cumbersome and drawn out,” states Getz. “We have yet to meet a single sponsor company that has a consistent practice in place to get through any one of these areas. Their identification approaches vary widely even within their own companies. The last area (going from the initiation to activation) is the shortest when we look at the average cycle time, but it also has the highest level of variation. That gives you an indication of how inefficient the process is and how hard it is to create a uniform and consistent approach to managing the site relationship.”

It’s not difficult to understand why the process can be so inefficient. A wide range of resources are used to identify sites, including word-of-mouth, conferences, literature review, Internet searches, and internal and commercial databases. Some of these methods are incredibly unsophisticated, and the selection criteria will vary widely. “Finding ways to create a more uniform process where we can create greater consistency will shorten cycle times and make it sustainable,” notes Getz.

Obviously, decreasing cycle times will also save money. Getz estimates the direct cost to support an active study at around $45,000 to $50,000 per month. Then, there is the opportunity cost of a lost day when introducing a new drug into the marketplace. For the average drug today, that could be several million dollars per day.

For Getz, the key takeaway from the research is that the sponsor or CRO can play a far more effective role in creating opportunities for the site to succeed. A better relationship that focuses on how the site’s performance can be optimized is the first step. Sponsors will have to change their mindset of the role of the investigator site and how to best partner with them. Sites will also need to be provided with the right tools and technology solutions to achieve greater success.

“Sponsors and CROs can support sites and help them minimize inefficiencies,” adds Getz. “It all has to do with relieving burdens on sites and increasing their ability to succeed. This can be accomplished via better tools and technology. There are many processes and incompatible technologies at the sites. There’s also a lot of paper, which adds layers of inefficiency and could be better addressed with better document routing and workflow management. A higher level of transparency will also help sponsors, CROs, and sites gain a deeper understanding of each other’s needs and how they operate. This starts with treating sites as partners rather than commodity service providers.”