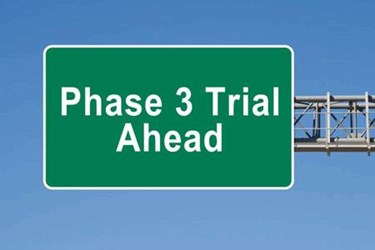 As the chief medical officer at GSK, Murray Stewart spends most of his time focused on patients. He notes the company does not try to create technology solutions, but does enjoy partnering with companies creating those solutions for use in clinical development.

“Our proficiency is in understanding patients and their clinical needs, not emerging technologies,” he says. “Our recent PARADE (Patient Rheumatoid Arthritis Data from the Real World) study, launched last year, was the first time we attempted to use Apple ResearchKit in a clinical study. We made the app available in the app store for patients to download. Within 48 hours, we had over 200 downloads. Our hope was that we would not just receive data but insightful information from patients.”

Stewart notes the app is very straight forward. Users of the app are first asked if they have rheumatoid arthritis. If they respond affirmatively, they are asked if they would be willing to use the app. Those choosing to participate were asked to do several things. First, they were asked to put their phone in their pocket and walk with it. They were also asked to hold their phone in their hand and then move it, so as to record wrist movement. They also answered questions via the app.

A key symptom for these arthritis sufferers is morning stiffness. In the past, patients would have to get up, deal with the pain and stiffness, get showered and dressed, travel to a clinic, and then be questioned and evaluated by a staff member. By the time patients got to the clinic, many of the symptoms that were most troublesome for them may have dissipated. With the app, they can now perform the tests and answer questions from their own homes.

“The app is on a device in their pocket,” states Stewart. “When an alarm goes off, the patient presses a button. After getting dressed they press another button. The whole procedure takes them less than 30 minutes. We are also getting more accurate data because we are questioning them about the stiffness while it is still an issue for them.” 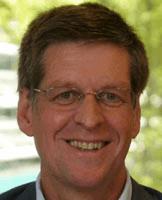 GSK is hoping to gain insights by combining separate pieces of information. One example would be questions combined with a walk test. First, the patient will answer questions via a mobile device, such as whether they are mobile and whether they are able to walk without assistance. If they answer affirmatively, they are instructed to put the device in their pocket and follow audio instructions. That test might be repeated over several days.

Other questions they might be asked could include how long it took to get up and whether or not they experienced morning stiffness. By using the app to answer these questions on a daily basis, researchers can tell whether or not a patient is having a good or a bad day. The data can also reveal how long it generally takes for a patient to get up and whether their condition is worse on certain days.

Many devices have sensors that will measure steps taken and heart rate. But some of the newer sensors in devices have Stewart excited about their potential for use in trials, particularly those allowing researchers to measure breathing and movement. When it comes to patients with respiratory issues, sensors can also be used for adherence and compliance.

“Inhalers deliver medicines to the lungs, but they can’t have the intended effect if they aren’t used,” says Stewart. “The obvious question for many researchers is how to know if patients used their inhaler. What we are now able to do is put a sensor within the device. As patients use the inhaler, there is an air flow detected by the sensor that allows us to know if it was used.”

There are three primary areas where GSK is extensively using sensor technology to get patient information. They are rheumatoid arthritis, heart disease, and respiratory ailments.

With new technologies hitting the market, the old days of dealing with sites that underdeliver or never recruit a single patient may be coming to an end. Stewart believes apps like ResearchKit have the potential to revolutionize the recruitment process.

“In today’s world, the benefits are great,” he says.  “We can send out a message via email or app notification and get trial participants. But the flip side of that is patients questioning how we got their name and contact information. Privacy is still a big concern, and we have to be careful about the appropriateness of what we’re doing. Even after patients agree to the trial, there is concern about what will happen to their data if they use the app. There has to be clear consent there. I think it’s doable, and it’s very exciting. But we have to make sure patients understand what they are signing up for.”

Stewart says the PARADE study also incorporated eConsent technology. He notes the consent process is not only important to securing participation in a study but also helping patients understand what will be required of them. He points out that pharma companies have historically been very conservative, which has resulted in consent forms getting longer (and often more confusing) for patients. Stewart notes GSK is trying a new approach that uses a modular consent form.

“This process incorporates a standard page for all patients,” he says. “But rather than include everything pertinent to every study, we incorporate modules that are relevant to what the patient is agreeing to. If genetics is involved, we include something on genetics. This eliminates a lot of the clutter and makes the form easier for patients to understand. The concept is relatively simple. Don’t include everything on the consent form. Just include the things that are appropriate for that study.”

By using devices and apps, getting more accurate data is another key benefit. Arthritis patients generally receive a joint score. This score is based on the amount of swelling they have in their joints. Today, researchers are trying to determine what the scores actually mean to patients and to the drugs they receive. For example, patients may not know what a joint score actually means, but they would know if a certain drug is giving them relief for 30 minutes or 60 minutes. This can help researchers determine the clinical benefit of drugs.

“In the past, regulators were more concerned with data then patient comments,” says Stewart. “But today, with sensors and surveys, we can take the data collected and combine it with patient reported outcomes to show that someone who had difficulty climbing stairs can now perform the task more easily with the help of a medicine. Essentially, digital technology and sensors will allow us to validate those patient reported outcomes and get them recognized by regulatory authorities and payers. For the clinical space, this is really quite transformational.”

While ResearchKit worked well for this study, Stewart adds that the app is just a start. At times he feels there is almost too much data, and finding the information that is clinically relevant will be a challenge. Pharma companies first need to ask themselves what information they actually need. Answering that question has to start with asking the patient what they feel is important. A key challenge for pharma will be asking patients the right questions.

“We worked with companies that produce health questionnaires to come up with good validation questions,” adds Stewart. “For example, our study incorporated a fatigue scale to measure how tired patients were. To do that, we had to understand the range of tiredness and how you score it. Carrying that a step further, we also know rheumatoid arthritis patients can be prone to suffer from depression. Designing questions that deal with depression can also be recorded on the app and allow researchers to better understand the patients and data. This will help researchers to get a more holistic view of the health of a patient.”