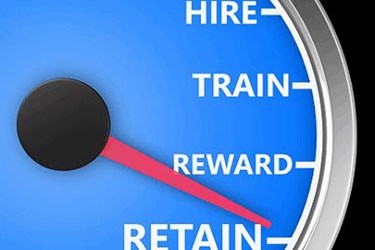 According to the 2016 California Workforce Trends in the Life Science Industry, there were 16,000 statewide life science job postings during the calendar year; 2,732 of those jobs related to clinical trials. In 2015, over 85 percent of life science positions required a minimum of a bachelor’s degree. Hiring managers expect the strong demand for talent to continue until 2018.1

Typically, otherwise loyal employees routinely leave their beloved coworkers and benevolent boss for a 15 to 20 percent base salary increase, with sign-on bonus and stock. Clinical professionals count on continuous increases to attain the middle-class lifestyle. However, recruiting and retaining top clinical research associates (CRAs) are especially challenging in the San Francisco Bay Area, where I’ve been recruiting for two decades, because of competition among several hundred biopharmaceutical and medical device companies. High living costs prohibit relocation of almost all eligible candidates from the rest of the country and probably the world.

As a consultant, I have a different perspective on the costs of recruitment and retention than when I was a hiring manager. When helping sponsors turn around troubled teams and trials, I first seek to understand root causes for failure. Poor CRA retention is often a root cause for trial failure.

All executives are familiar with the direct costs of recruiting CRAs, such as job posting, recruiter fees, and candidates’ travel expenses. Indirect costs range from CRA disengagement to onboarding of the replacement CRA. This period of indirect cost may range from a few weeks to a year. Once a current CRA initiates their job search, or is distracted by a recruiter, productivity drops significantly.2, 3

A few years ago, I was at a company plagued with high turnover because of reorganizations and staff changes. I inadvertently learned of delinquent update reports that were years overdue. The original team of CRAs and director exited the company and the surviving clinical manager was reassigned. Transfer of responsibilities, accountability, and follow-up failed in the transition. Tracking documents, emails, and phone reports were lost.

This disaster illustrates the worst-case scenario with staff turnover. The transition triggered the most common failure modes related to staff turnover, manual tracking, and poor accountability. Recovering and reconstructing information required nine months for a team of five to collect, investigate, and report. My rough estimate of the cost of labor, recovery of lost data, and late reporting totals in the hundreds of thousands of dollars.

Executives can avoid costly rescues by implementing a few hacks to mitigate the risks. Three simple hacks provide hedges against CRA turnover at the most critical time in the program. I have repeated the success of these hacks at client companies and with my own CRA staff at several companies.

Most companies rely on competitive salary surveys to defend their internal pay scales. Salary data is less relevant when competition for talent is fierce because survey data relies on historical benchmarks. In order to recruit fresh talent away from other companies, competitors are willing to bid up salaries. The gap between historical surveys and current market can be greater than 20 percent. Most top talent won’t risk taking a new job for 10 percent, but will explore opportunities when the gap exceeds 15 percent. Incremental raises for CRAs of 5 to 10 percent per year can avert the crisis of untimely turnover. Some sources estimate turnover costs of 30 to 50 percent of annual salary for entry-level employees, 150 percent for midlevel employees, and up to 400 percent for specialized, high-level employees.4

Many companies require CRAs to be in the office during local business hours. This old-school thinking isn’t relevant to CRAs on global studies that span multiple time zones and continents. Global CRAs can be assigned studies with European, U.S., and Australian sites and vendors. Meetings and emails continue 24/7/365. Company culture that requires daily office attendance results in needless hardships to CRAs already under deadlines and timeline pressures.

The San Francisco Bay Area and Los Angeles have the worst commuter traffic in the country. The daily average commute in the Bay Area is between 2 and 3 hours per day. A typical work week with commuting is 60 hours. Working remotely one day per week and driving during non-rush hours can save as much as one day per week in time on the job.

A flexible work arrangement — a combination of flexible work schedule and working remotely — is another hack that costs almost nothing but is effective for retaining CRAs and fending off competitors. After I implemented flexible work arrangements for my CRA team, they committed to higher productivity to keep this benefit. My employee survey and published research confirmed observations of higher productivity.5 I quantified productivity improvements of 30 to 50 percent. Cost of implementation was a signed agreement on performance expectations and accountability. The ROI for the negligible cost of a flexible work agreement was at least 30 percent productivity improvement. Optimization didn’t require capital equipment or special software. Flexible work arrangement is scalable and results were repeatable. Several CRAs informed me that they didn’t waste time listening to recruiters because most competitors didn’t allow remote work and flexible hours. Recouping one day per week is worth more to them than a 20 percent raise.

The last retention hack was the most challenging to quantify ROI and scale. My CRAs completed an employee engagement survey. Their top priorities for engagement were:

Evidence of supportive management included competitive salaries, flexible schedules/remote work, and mentorship. Many considered supportive management to be similar to the No. 2 priority, being appreciated. Entry- and midlevel CRAs emphasized their desire for career development and mentorship. When asked if they felt appreciated, they confirmed they were and wanted more:

One of my CRAs asked for training in U.S. clinical regulations. At the time, less than half of my CRA staff achieved professional certification in U.S. clinical regulations. Our first cohort of eight CRAs committed to taking the professional certification exam in three months. Each person was responsible to teach the rest of us a section of the regulation and share sample test questions and solutions. Our average exam score was 91 percent, with a 100 percent pass rate. Each CRA was awarded a company gift card and a framed certificate that was prominently displayed in our department.

Our next team goal was to achieve technical device certification. The device certification exam was an open book, 2-hour examination on five actual clinical cases. The group goal was to achieve 100 percent certification in two months. All six CRAs passed on the first try, with a score of greater than 85 percent and finishing within 30 minutes. CRAs who passed both certifications were promoted to be instructors for the next CRA cohort. Peer CRA instructors led study groups for three years. More CRAs were trained in two years than in the past 5. Leadership continued providing celebratory email announcements, framed certificates, and company gift cards. Similar achievements have been reported by those who engage and empower their employees to exceed expectations.5

In summary, CRA retention costs aren’t daunting or expensive when considered in the appropriate context. CRAs contribute to the organization’s strategic competitive advantage when engaged, appreciated, and well compensated. Removing work barriers, such as long commutes, and encouraging flexible schedules removes friction from high productivity. Many companies accept “normal and expected” CRA attrition of 10 to 20 percent as the cost of doing business. Successful companies consider CRA recruitment and retention to be “a two-way labor of love: a culture of reciprocity.”6 CRAs will reciprocate your investments of flexibility and compensation with high retention, innovation, and high performance. I’ve enjoyed over 90 percent retention when I implemented all three hacks. High performance and retention can only be continued when leadership remains vigilant. I’ve seen my previous organizations become distracted, and as a result, employee engagement erodes. Low retention occurs because of competition for talent. Positive results are attainable when company leaders consider retention as a competitive strategy worth the investment of time and resources.

Kenneth Wu has been consulting in clinical operations for biopharmaceutical and medical device sponsors for over a decade.  His professional career advanced from clinical research associate (CRA) to clinical operations department head. He holds graduate degrees in physiology and business administration and is certified in both clinical and regulatory affairs.