High Drug Prices: Should We Blame Pharma Or The FDA? 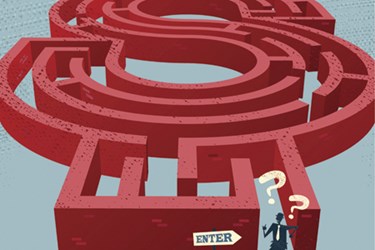 Last week, the Internet blew up over the greed of pharma companies and the cost of life-improving and life-saving medicines. This time the hatred was focused on Martin Shkreli, CEO of Turing Pharmaceuticals, whose company purchased the generic drug Daraprim and immediately increased the price from $13.60 to $750 per pill.

Patients were angry, and politicians were outraged. The uproar caused former senator and secretary of state, and now presidential candidate Hillary Clinton to respond with a “fix” for this pharmaceutical price-fixing. Joined by Bernie Sanders, another presidential candidate who often denounces drug profits, she announced regulatory reforms to transform the industry. But is the anger being directed at pharma actually misplaced?

Daraprim is a treatment for malaria and toxoplasmosis, and Shkreli initially defended the price increase by stating it would only affect a small number of patients, since it is rarely used. Additionally, the increase would bring the drug’s price in line with those of other rare disease treatments, while putting aside some of the revenues towards the discovery of better medicines with fewer side effects. After a few days, he backed off on the initial intended price increase without stating a revised amount.

Before we consider the price issue, let’s first consider candidate Clinton’s proposals. We all know that developing new drugs is risky and expensive. High prices cover not only the expense of developing a drug, but the expense associated with all of a company’s unsuccessful treatments. It has been estimated that only one in 5,000 compounds that undergo preclinical testing gets approval. Profits from successful medicines are also used to fund future research. The crux of Clinton’s proposals seems to attack this pharma defense.

In a nutshell, her plan:

For Better Or For Worse?

But would her plan work or make the situation worse? Any proposal will have its detractors, especially during a presidential election cycle. In this case the pundit comments were out even quicker than the public’s outrage. Many have noted the proposals would not work for a number of reasons. Key amongst them is the following:

1. Drug companies are diverse. Requiring them to invest a set amount in R&D could skew incentives, and could cause costs to rise rather than fall (what economists refer to as unintended consequences.) Prices could remain the same as money is spent on wasteful research spending. As Margot Sanger-Katz notes in an article on The New York Times website, “Some small biotech start-ups develop only one drug. Other companies are focused only on basic research; they sell their discoveries to larger companies. Still others are the buyers of those technologies, specializing in clinical trials, navigating the drug approval process, and bringing drugs to market. And there are the big pharmaceutical companies, which tend to do everything from basic research to sales.”

2. Unlike private insurers, Medicare would have little leverage in negotiations since it does not maintain an approved drug list or exclude expensive drugs from coverage. Also, since 170 million American prescription drug consumers do not have Medicare, lower prices negotiated there could simply be recouped with higher prices on the private side.

3. Price controls could stifle innovation for new drugs, and many Americans realize more regulation is not the answer. According to an article in The Atlantic, although 73 percent of Americans believe drug prices are too high, only 53 percent felt more regulation would be the cure.

But Clinton’s proposals aside, any industry expert can tell you why prices in the U.S. are so high: most countries regulate drug prices. The U.S. does not. So if a new drug carries a high price in the U.S. and a lower price elsewhere, U.S. consumers are footing the bill for new drug discoveries, while consumers in other developed countries benefit. Unfortunately, getting other countries to fork out their share of drug development costs would be much more difficult than simply blaming profiteering by the pharma industry.

Anyone taking Economics 101 knows the best way to bring down the cost of a product, aside from restricting its demand, is to increase supply. Therefore, increasing imports from abroad would serve to cut prices, as would allowing the production of more generics within the U.S.

But that only brings up more questions. Do American consumers really want more prescription drugs that are manufactured in China and India? I am immediately reminded of a conversation I had with Ash Stevens CEO Dr. Stephen Monk two years ago. After his doctor switched him to a generic version of Lipitor that was manufactured in India, he learned glass shards were discovered in the product (according to Monk, his pharmacist told him not to worry, since the FDA had not issued any guidance on the problem.)

Who Is To Blame?

Generics are the other half of that supply equation, which brings us back to the FDA. Although the increase in Daraprim from $13.50 to $750 caused an understandable uproar, everyone fails to recognize a more subtle discrepancy: prior to the increase, that same drug that was selling for $13.50 in the U.S. was selling for between five and 10 cents in India. No surprise that in India there are many suppliers. In the U.S., it is much more difficult to obtain generic drug approval.

Alex Tabarrok, writing for the website Marginal Revolution, notes the U.S. should have as vigorous a market in generic pharmaceuticals as does India or Europe. Unfortunately, the process of proving to the FDA that what you are producing is equivalent to the original drug (a process called ANDA – Abbreviated New Drug Application) is expensive and time consuming, thereby reducing the incentive for pharma companies to do so.

But an easier FDA approval process alone will not solve the problem either. Other factors at work in the industry can also have an impact on prices. Consolidation in the industry is certainly a concern, as less competition also equates to higher prices. In generics, some are already voicing concerns about Teva potentially becoming a monopoly. Pay for delay, whereby pharma companies pay generic manufacturers to delay the launch of a generic so as to prolong their own patent life (and higher prices) is also an issue.

To be fair, some of Clinton’s proposals do address these issues, such as her plan to shorten patent life. But what is again unknown is the unintended consequence that shorter life might have on research and innovation. Will companies spend years and billions of dollars developing a molecule if they only have half the time to recoup their cost and make a profit? And would that not result in an even higher price for the time period during which the drug is under patent?

Clearly, there is no easy solution for pharma or politicians. But there is hope. The 21st Century Cures act is steadily making its way towards fruition, and if Dr, Robert Califf is made commissioner of the FDA, his clinical experience could be a huge win for both the industry and its patients. But until then let’s stop blaming the pharma industry for a situation that has a myriad of causes, including, perhaps, the government itself.