How Flexion Pivoted To Become A Commercial Biotech 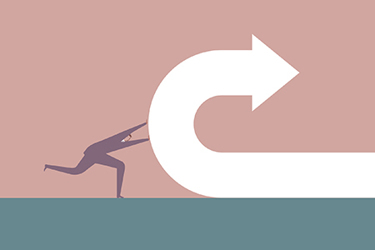 Michael Clayman, M.D., and Neil Bodick, M.D., Ph.D., founded Flexion Therapeutics more than 12 years ago. Prior to that, they spent a combined 35 years at Eli Lilly and Company. Their last five years at Lilly were spent working in Chorus, a full-service and autonomous R&D unit within Lilly Research Labs. Prior to becoming CEO at Flexion, Clayman served as VP of Lilly Research Labs while Bodick was chief medical officer for Chorus.

"At almost every large pharma company, discovery output outstrips development capacity,” says Clayman. “Our job at Chorus was to efficiently and effectively move promising assets to meaningful clinical proof of concept and to do so faster and at a fraction of the cost of programs in the mothership.”

Although Chorus was part of Lilly Research Labs, it filed its own INDs and performed its own toxicology studies. The group was also very successful. Clayman notes that Chorus increased the probability of successful launch of its clinical candidates by 20 percent in less than two years and with less than $5 million in funding.

“The effort was considered a paradigm shift and received a lot of attention,” states Clayman. “We published articles about our experience, and a former colleague, Brad Bolzon, who left Lilly to become head of BD at Roche and then a managing director at Versant Ventures, a VC firm, approached us. He felt the capability to rapidly and efficiently move a drug from discovery to clinical proof of concept was compelling and could be the basis for a stand-alone company. On his recommendation, Neil and I took early retirement from Lilly in 2007, and Flexion Therapeutics was born. Our original business model reflected the experience we gained working in Chorus.”

A MOVE INTO OSTEOARTHRITIS

Flexion’s business model revolved around approaching large pharma companies that did not have sufficient resources to advance their entire early product candidate portfolio into clinical testing. Flexion would in-license those assets and make the investment necessary to move them to meaningful clinical proof of concept. While the studies conducted were typically Phase 2a trials, they would provide the data to determine initial safety and also whether the drug was providing the intended effect. The assets yielding positive results would be sold back to the original sponsor company at a premium.

The proposition proved enormously attractive to Big Pharma executives who had promising assets that they couldn’t fund and, as a result, were sitting on a shelf. Flexion gained access to over 150 compounds from almost every large pharma company and performed a deep dive on 50 of them. The company opted to in-license five and proceeded to perform the necessary clinical testing.

Unfortunately, Flexion’s incorporation coincided with the financial crisis of 2007-2008, and the assumption that large pharmas would pay premiums for successful proof of concept assets came under pressure. Most were willing to pay very modest up-front sums to license back their assets, and others were asking for additional dose-ranging on Flexion’s dime before they would be willing to make the investment. For a small startup like Flexion, neither was tenable.

Additionally, the strategy at sponsor companies can change. Flexion might acquire an asset that a Big Pharma company has an interest in today. Two years later, when Flexion had the clinical data available, it would find the sponsor was no longer interested in the drug. That situation would be very difficult for a small company that just made a significant investment in the asset.

Just two years into the venture, it became clear that a strategic reassessment had to happen. In short order that relook resulted in a pivot to become masters of their own fate. If a drug they were researching showed clinical promise, why not just move forward with the research themselves? And if it made sense, why not all the way to market and commercialization? The proposed shift in strategy resulted in a tense set of board discussions, but ultimately the board supported management’s recommendation. 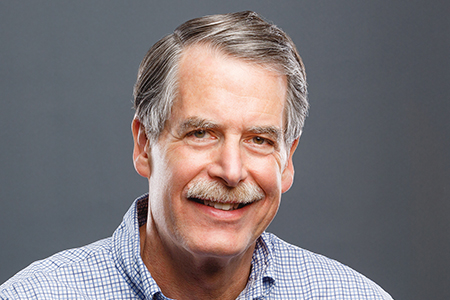 “The harsh reality of the biopharma world is that data, particularly clinical data, determines the value proposition. You have to go where the data takes you."

“One of the drugs we were researching was a p38 MAP kinase inhibitor formulated for sustained release and administered into the knee joint of symptomatic knee osteoarthritis (OA) patients,” says Clayman. “We learned that knee OA was an extremely large unmet medical need, that knee injections were commonly used to treat the disease, and that the current medications were suboptimal in terms of the durability of meaningful pain relief they provided. So, we saw a substantial opportunity to introduce innovation into this space. We also learned you could successfully commercialize a drug in this indication with a sales force of roughly 100 people. With that information, we decided to build a portfolio of locally administered product candidates in the musculoskeletal space, beginning with OA.”

Ten years after its founding, the company’s pivot proved to be its smartest decision. On October 6, 2017, Flexion gained FDA approval for ZILRETTA, the first and only extended-release intra-articular therapy for patients confronting osteoarthritis-related knee pain.

“In the U.S., there are 15 million patients with symptomatic knee osteoarthritis who visit their physicians every year, and five million of them opt to receive an injection,” explains Clayman. “Of those who receive immediate release steroids, 60 percent never go back for a second shot due to dissatisfaction with the duration or magnitude of pain relief.” Additionally, some patients may receive an injection of hyaluronic acid, which Clayman states suffers from a lack of compelling efficacy data.

In parallel with the development of what is now ZILRETTA, the company advanced two other product candidates, the p38 MAP kinase inhibitor and a Trk A inhibitor, but these produced disappointing preclinical data and were shelved. The company continued its R&D efforts and is now advancing two other pipeline programs, one of which is a gene therapy injected into the knee joint, which is intended to provide up to one year of OA pain relief and potentially modify disease progression.

That gene therapy, FX201, hopes to deliver a DNA strand to the cells lining the knee joint, and, using an inflammation-sensitive promotor, produce an anti-inflammatory protein, IL1-RA, in the presence of inflammation. That product candidate is in a Phase 1 trial. The other product candidate, FX301, is a selective Nav1.7 inhibitor, formulated in a thermosensitive gel (liquid at room temperature; gel at body temperature) for peripheral nerve block for post-operative pain, which is slated to begin clinical testing in 2021.

A SEARCH FOR PARTNERS

Being a small biotech, Flexion is not manufacturing the material needed for the FX201 trial; that has been outsourced to SAFC (MilliporeSigma). Since the therapy is administered directly into the knee, versus systemic administration, the material required is very small compared to other gene therapies.

“We expect dosing will be literally orders of magnitude lower than the doses required to achieve results in other therapeutic conditions,” he says. “That’s important because the amount of material that must be produced to treat patients will be much less on a per-dose basis.”

LOOKING TO THE FUTURE

In the last 12 years, Flexion has grown from two employees to around 300 with a full sales force in the U.S. Clayman notes there are exciting prospects the company continues to pursue. Although a pivot was required to attain that success, he notes that is not uncommon for small companies operating in drug development.

“We operate in a tough environment,” adds Clayman. “The harsh reality of the biopharma world is that data, particularly clinical data, determines the value proposition. You have to go where the data takes you. Right now is an exciting time for the company. We are seeing momentum in sales of ZILRETTA, and it is now being evaluated for use in shoulder arthritis and a condition known as frozen shoulder. We have initiated trials for FX201 and are seeing progress in FX301. Someone once told me that everyone who starts a company should write a book about it. I now agree with that. Our story is one of twists and turns, and the journey has been humbling, gratifying, and deeply rewarding."