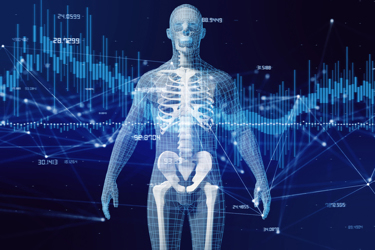 “We are not just extending the release,” says Dr. Patricia Hurter, president and CEO of Lyndra. “Other companies have been doing that for decades. We are making it possible for patients to take their medicine once a day instead of multiple times a day, or once a month as opposed to every day, and doing so with an oral dose form. Our tablet could stay in a patient’s stomach for multiple days at a time, slowly releasing its treatment. No one has been able to do that before.”

There are two advantages to that approach. With other treatments, patients will ingest a product which their bodies will generally absorb within three hours. For patients requiring relief over time, their bodies will get too much of the drug upfront when it is taken and too little of it later on as it metabolizes and the effects wear off.

The other problem with traditional treatments is the lack of medication adherence. Diseases like diabetes, hypertension, and cardiovascular have effective drugs available, but many patients intentionally or unintentionally do not adhere to the treatment regimen. According to the CDC, approximately 70% of American adults suffer from at least one chronic disease and 50% of medications for chronic disease are not taken as prescribed. The lack of adherence to medication schedules is now a $300 million problem in the U.S. alone.

“Our capsule can stay in a patient’s stomach for as long as we want it to,” says Hurter. “The drug gradually releases over time and is eventually excreted from the body at the end of the dosing period. Long lasting medicines have typically been patches, implants, and injectables. While those products have a role to play, most patients would prefer to swallow a pill. That is a unique advantage of our technology.”

Lyndra could choose to apply its technology to almost any treatment. But like most drug development companies, it is faced with limited resources. For that reason, the company would like to apply it to areas where it will present the greatest benefit to patients. One of those areas is neuroscience.

“When you have a disease involving the brain, there is usually somebody else involved,” says Hurter. “If we think about a disease like schizophrenia, those patients need help staying on their therapies. Generally, they will get reminders from a parent or a sibling, and psychiatrists have told us this leads to a bad dynamic in those relationships. The daily reminders are often seen as disrespectful or nagging.”

Since it is important for patients to stay on their medication, having one that needs to be taken less frequently is critically important. Hurter notes Alzheimer's disease is another area where the Lyndra product can help, as it would require fewer medication adherence reminders from family members.

Lyndra is testing its technology in other areas as well. The company has filed for five INDs over the past 18 months and is exploring using its extended-release capsule in cardiovascular and metabolic diseases, HIV, malaria, and women’s health.

A Focus On Safety

While that number of trials may seem like a lot for a small company, Dr. Richard Scranton, CMO for Lyndra, credits the company’s agile and adaptive approach to clinical trial conduct. The company has experienced researchers, but Scranton gives a lot of credit for the success of the company to the depth of relationships Lyndra has with its trial partners, particularly its CROs.

“We have good, ongoing relationships with our CROs, and we work closely with our investigators in Australia,” he states. “We have a master protocol used across multiple studies that allows us to introduce changes in our platform and conduct studies very quickly.”

While some studies were shutting down in 2020 due to the pandemic, Lyndra had already put COVID protocols in place. As a result, patients felt safe being part of the studies and Scranton notes Lyndra was able to continue its work without any delays.

“The regulators in Australia have a very flexible approach to drug development,” adds Hurter. “There is a much lower bar to starting a study there due to them being less stringent on the requirements to get an IND than in other parts of the world. There were also overall cost advantages, including tax benefits, to performing studies there. Those factors make it a very attractive place to conduct trials.”

Lyndra takes a slightly different approach than many sponsors when it comes to selecting CRO partners. The most important factors Scranton looks for when selecting a CRO are flexibility and willingness to operate as part of the internal clinical team.

“We need a CRO that understands our business, can flex to meet our needs, and that doesn’t want to charge us for every question we ask,” states Scranton. “When you are a small company, drug development is a team effort and we need that mentality in our CRO. Unfortunately, those traits can be really hard to find.”

For the work Lyndra is doing in Australia, Scranton notes Novotech and Worldwide Clinical Trials are preferred partners. The company is also working with Syneos Health. Although these are not the biggest names in the CRO space, Scranton notes each company was big enough to have the core competencies required and the willingness to make connections for needed skills the CRO did not possess.

“Some have regional expertise in areas like Asia or Australia,” he says. “We found that expertise to be helpful in managing our trials. These providers also had existing relationships with the primary investigators we were working with, which was very helpful. They also had contacts at other companies we were not familiar with and were willing to make referrals. When they didn’t have a resource we needed, such as imaging, we trusted them to connect us with a company that did.”

Study startup is critical for Lyndra, and Scranton notes there are times when the start of a study must be delayed a week or two. When that happens, the flexibility of partners comes into play to insure the two weeks do not turn into two months. He can rely on his CROs and sites to accommodate him and still acquire patients in a timely manner. When that happens, he feels Lyndra, its sites, and CROs are all one company working together toward a common goal.

Another decision that has worked well for the company was deciding to build its own GMP manufacturing facility to supply all of its R&D clinical trial material. Hurter notes the company’s technology is so unique, that outsourcing the manufacturing would not be beneficial.

“We knew we would essentially be buying the equipment needed in the manufacturing process and buying that equipment for another company was not a great deal for us,” says Hurter. “For that reason, we decided to build it ourselves. That decision paid off for us because if we didn’t have our own facility, I think we would have had major delays last year when the pandemic hit. We were very aggressive with our manufacturing and I’m not sure other CMS would have been that aggressive in their approach to managing COVID.”

Lyndra had no work-related transmissions of COVID and was able to supply all the material needed for its trials.

Although its trials are running smoothly, Lyndra did have challenges to overcome. The company was running multiple trials at the same time and even had two trials end simultaneously. That forced Lyndra to work aggressively with sites on its Phase 1/Phase 2 trials to ensure they were safe for patients. Lyndra was ahead of the curve in incorporating remote monitoring into its trials. Hurter believes the company’s ability to recruit patients so quickly had to do with ability to make patients feel safe when participating in the trial.

That innovation will continue post-covid. Lyndra will incorporate continuous glucose monitoring in a diabetes study. For a study for substance abuse disorder, it will be testing wearable devices to assess patients wherever they happen to be.