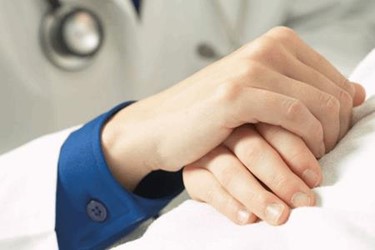 Abeona Therapeutics is named after the Roman goddess who was the protector of children as they start out on their journey. Since launching as a private company in 2013, Abeona has partnered with a dozen international foundations to fund its development efforts. Most are family-based organizations and foundations with a mandate to identify and fund treatments with the best chance of helping children with rare diseases. Those foundations are based in Spain, Switzerland, Australia, Mexico, Canada, and the U.S.

Abeona went through a merger with public company Plasmatech Biopharmaceuticals in early 2015. Since then, it has been dedicated to the funding and development of potential therapies for rare and ultra-rare diseases, primarily those affecting children. 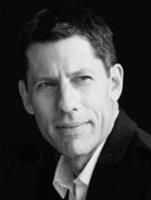 “We are a rare disease company focused primarily on gene therapy and plasma-derived therapies,” says Tim Miller, president and CEO of Abeona. “There are over 7,000 rare diseases in this space, and 95 percent of them have no therapies approved or in development. We are working on treatments for diseases where these families have nothing currently available to them.”

One treatment Abeona has in development will treat a disease called Sanfilippo Syndrome (mucopolysaccharidosis type III), a rare inherited disease that results in stiff joints, sleep difficulty, and behavioral problems marked by a progressive loss of speech and motor function until pre-mature death.  It is a pediatric disease with symptoms typically starting at age 2, and 70 percent of the children afflicted with it will not reach the age of 18.

There are four types Sanfilippo Syndrome, known as Type A, B, C and D, though Abeona is focused on developing potential gene therapy for those children impacted by the most common forms, Types A and B. Both have been granted the Rare Pediatric Disease Designation from the FDA which Miller believes will help reduce approval review time. The initial clinical trial site in the U.S. is well underway with Spain following close behind; the proposed therapy and approach already having received regulatory approval from the AEMPS. Soon these trials will expand into Australia as well. Early results show the investigational treatment having a positive biological effect, and Miller believes we will soon see neuro, muscular, and cognitive improvements as well.

Clinical trials for Sanfilippo Syndrome can be very challenging to families and caregivers. The Abeona approach is a gene therapy which takes a virus, much like a typical cold virus, and modifies it to deliver the correct functioning copy of the gene. The virus, specifically adeno-associated virus or AAV, is a delivery vehicle administered as a one-time injection into the bloodstream. This particular AAV has been constructed to be able to cross the blood-brain barrier, enabling Abeona to target the brain and spinal cord, as well as other organs in the body.

“Since these kids are born with an inherited disorder, it’s often caused by a single change in their DNA,” says Miller. “Often there is an enzyme that can’t break down a specific sugar. These fall into a class of disorders called lysosomal storage disorders. The lysosome is an organelle in a cell, responsible for breaking down sugars and other metabolites to provide the cell with nutrients so it can go about its daily function. In children born with this genetic deficit, the lysosomes don’t function properly and become packed with sugars that are not broken down.”

In a rare disease trial, no treatments have been approved, so Phase 1/2 trials have to be conducted on patients in need of the treatment. Abeona’s partnering hospital has enrolled 3 patients in a Phase 1/2 trial for Sanfilippo Syndrome Type A and aims to enroll an additional three to six patients in the high-dose cohort for the trial in the U.S., and a similar number in Spain and Australia.  The encouraging data from the low-dose cohort was recently reported at the Orphan Drugs & Rare Disease Conference in London, UK.  The Company received approval from the Data Safety Monitoring Board (DSMB) to proceed with the trial and initiate enrollment of the high-dose cohort.

Although there will be no placebo arm for the clinical trial, Abeona has the ability to leverage data from a natural history study which aided in understanding disease progression and determining meaningful endpoints. Nationwide Children’s Hospital, Abeona’s trial partner in the U.S., conducted the 25-patient study, which assessed patients over a period of one year. The study was conducted at the request of the FDA so as to gather information on disease progression and found 24 of 25 patients declined on certain scales. With this information, the natural study can be used as a control group against which the performance of new therapies can be compared. Anything Abeona can do to slow the progression of the disease, or cause improvement, would be seen as a positive outcome. 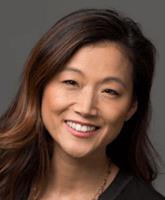 Shortly after becoming Abeona Therapeutics Inc, the executive team made its first hire, bringing on Michelle Berg as the VP of Patient Advocacy. Berg has a background in biotechnology, working for a contract manufacturing organization setting up partnerships and being involved in gene therapy, molecular diagnostics, and genetic immunization for approximately 17 years. She hoped to make the trial process as simple as possible, knowing the devastating effects the disease can have on both patients and caregivers, and the fact that the gene therapy protocol requires patients to travel to Nationwide Children’s Hospital in Columbus, OH, for five weeks for the initial dosing.

To determine what it could do to make the clinical trial process easy on families, Berg conducted teleconference calls with the family members of children at different stages of disease progression. The insights helped her to understand what could be done for patients. For example, the feedback helped her to better plan airline travel by choosing seating arrangements that would make the trip easy for caregivers and minimize the impact on other passengers. Additionally, the company ended up putting together a handicap accessible apartment near the clinical trial site for families to reside. The fully furnished apartment accommodates the safety needs of children with Sanfilippo syndrome.

Early feedback from families staying in Columbus noted it was a really comfortable place to stay, met all of their needs, and accommodated the behavioral challenges of the affected children.

The special care of these patients and their families during the trial did not end with Abeona. A rental car company was engaged to help families get to and from the hospital. When told of the illness afflicting the children being transported, an employee of one rental car company expressed the desire to make this a positive experience for them. They now have a gift awaiting each child in the vehicle when it arrives to pick them up.

“Patient centricity is still a new role for us, but one that Abeona has chosen to prioritize,” says Berg. “It’s typically something you see in foundations or organizations that are driving awareness and education for rare diseases, but can be rarer in pharmaceutical companies. Much credit goes to those initial dozen Sanfilippo foundations who gathered up to support this possibility and our team and continue to cheer us on. We now have three clinical pipeline products, two for Sanfilippo Syndrome and one for Epidermolysis Bullosa. It’s a long awaited time for the company and our patients and their families and we are pleased to be advancing these potential treatments into the clinic.”